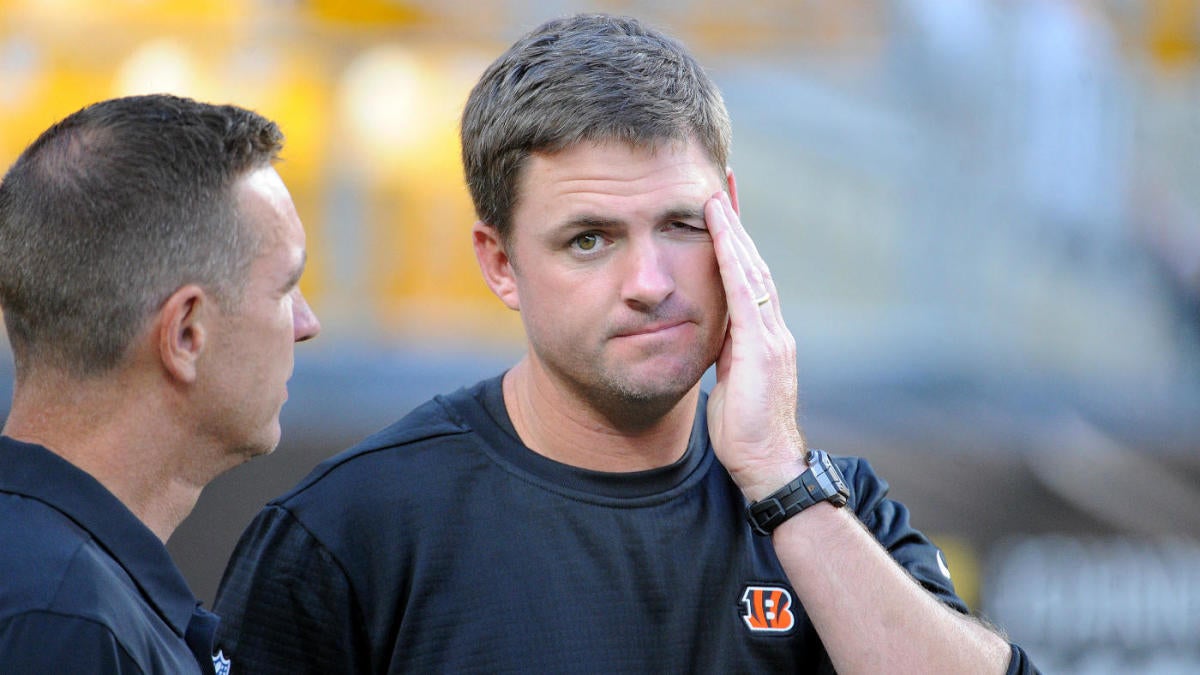 The bottom of the NFL standings are, arguably, worse than ever. The difference between the haves and have nots, in this league, seems more extreme than ever before.

You can see it on the horrible game film and in the lopsided boxscores, and in the bizarre lines Vegas is concocting each week, where two-touchdown point spreads are something of a norm and three-touchdown spreads are becoming shockingly frequent. We are on a record-setting pace for NFL futility, with some wondering if multiple teams may flirt with 0-16, with teams who just made coaching changes already falling dangerously off the pace just a quarter of the way through the season.

It is already drawing attention around the league, with whispers turning to chatter about how woefully noncompetitive the bottom quarter of teams in this league are, and what sort of drastic measures some owners might be considering to try to reverse course. We are barely in October, but the Dolphins, Bengals, Broncos, Skins, Cardinals and Jets are already cooked.

The bleak landscape is already begging questions about whether this could become the Year Of The One-And-Done Head Coach, and it’s setting up what could be one of the most interesting trade deadlines ever, with football – the sport of parity – now suddenly mirroring sports like baseball, basketball and hockey with the stark dichotomy between contenders and pretenders.

We enter Week 5 with six teams still searching for a win. I went back in the standings every year since 1970, when the American Football League merged with the NFL, and this is as bad as it gets. Only twice before (2009 and 1998) have this many teams been winless entering Week 5 (last year there was one winless team at this point; there were four in 2017). And, since the merger, entering Week 6 there have never been more than four winless teams.

Brady Quinn joined Will Brinson on the Pick Six Podcast to break down their quarterly award selections. Check out the full show in the player below and be sure to subscribe right here to get daily NFL goodness fired into your eardrums.

Sizing up the scary six

The winless Dolphins (0-4) are on the bye. Arizona (0-3-1) faces Cincinnati (0-4); could another tie loom? The 0-4 Jets (at Eagles) and the 0-4 Skins (hosting New England) are massive underdogs and the Broncos (0-4) travel to the Chargers reeling from another crazy loss at home. Since the merger, there have never been five or more teams winless entering Week 6. And the saddest part is, if some of these teams did not face each other, the situation would look even worse. Because the first month of the season would portend they are not capable of beating anyone else.

The teams that made coaching changes in 2019 are a combined 5-21-1, and all of that winning is confined to two teams. Matt Lafleur’s Packers are 3-1, and are winning after outspending everyone else for defensive players and sinking a ton of draft assets into that side of the ball, but getting little production from $35M future Hall of Fame quarterback Aaron Rodgers and the offense overall. And Bruce Arians, who has been a head coach twice before, has the upstart Bucs at 2-2.

As for the rest of this bunch … well, see for yourself.

The Dolphins are clearly rebuilding for the future, have gutted the roster and are loading up on picks. Rookie head coach Brian Flores has had his share of issues, but is in an untenable spot as well in terms of actually winning (-137 scoring differential!). Adam Gase will be under pressure to improve an ugly 0-3 start (-37 scoring differential) with the Jets once quarterback Sam Darnold returns. Vic Fangio’s defense in Denver (0-4; -23 scoring differential) somehow has no bite and pass rush despite abundant talent.

Zac Taylor has, literally, no NFL caliber offensive linemen with the Bengals (-53 scoring differential) it seems and a team that is getting pummeled pretty much each week. Kliff Kingsbury’s offense in Arizona (-41) is hardly taking the NFL by storm, his decision-making in the red zone has come under scrutiny and the roster has massive holes due to wasted draft picks. The Skins (-52) will fire head coach Jay Gruden at some point, likely this month, perhaps reaching new lows under owner Dan Snyder, which is saying something.

For those scoring at home, the Dolphins, Bengals, Skins, Cardinals, Broncos and Jets have allowed a combined 343 more points than they have scored, in just four weeks of work. Let that sink in. And imagine what these point spreads will look like once these teams, inevitably, suffer injuries to key players or turn over the reigns to quarterbacks before they are ready to play. Yikes.

Are changes, more trades on the way?

There are nary any signs of hope across the board for this group, and, by and large, ownership and management in those franchises have grossly misjudged the direction of those teams and ability to compete. They should have started gutting older players and bigger contracts and began preparing for the future long ago.

The Dolphins, say what you want about them, have an actual idea about where they are going and how bad it might be before they get there. The Raiders loaded up with draft capital a year ago by opting to trade Khalil Mack and Amari Cooper rather than pay them top-of-the-market deals. The Browns are finally on the other side of a stripped-down rebuild. And, whether they want to admit it or not, or believe it or not, the Broncos, Bengals, Jets and Cardinals are behind those clubs when it comes to being able to manipulate the draft board and be in position to secure whichever players they assess are the best at any position of need in the upcoming drafts.

Those developments have led general managers of contending teams (the “haves,” if you will) to consider if this is finally the year that the trade deadline is in full bloom, though they particularly doubt whether the Bengals and Broncos, with more old-school mentalities, will fully embrace the opportunity at hand.  (The Dolphins are already picked through; the Jets, Cardinals Skins have almost nothing to offer outside of Washington hold-out left tackle Trent Williams and Cardinals suspended stud defensive back Patrick Peterson).

“When is the last time the Bengals made any meaningful trade?” one skeptical GM asked. “Ever? Do you remember one? And (John) Elway hasn’t been willing to really go there, either. They absolutely should, but I’m not sure if they will.”

Another NFL personnel executive said of the Bengals and Broncos, after studying their bevy of attractive trade chips: “I agree they absolutely should be shopping players (ahead of the deadline), but I have my doubts. We’re applying reason and logic, but I’m not sure those teams will fully embrace what needs to be done.”

It’s led owners and general managers who may be considering changes to their coaching staff to ponder where the heck the next batch of coaches will come from, with many in the 2019 class seeming overwhelmed at times already. Hopefully, it will lead them to consider a more diverse group of candidates, both in terms of race and football background.

It has some executives wondering if, like baseball where there was an extreme number of 100-win and 100-loss teams, there is a growing reality about the need for mismanaged teams to tear-down (or tank, if you will), despite the NFL’s hard salary cap and massive revenue-sharing model (which separates it from most other sports). It will not, I don’t believe, lead to any measures from the league office to try to curb it, however, despite occasional lip serving to the contrary, as owners are able to make trades and transactions as they see fit.

Perhaps, in terms of competitive imbalance, this is rock bottom. Though it is certainly going to get worse for many of these bad teams before it ever gets better.