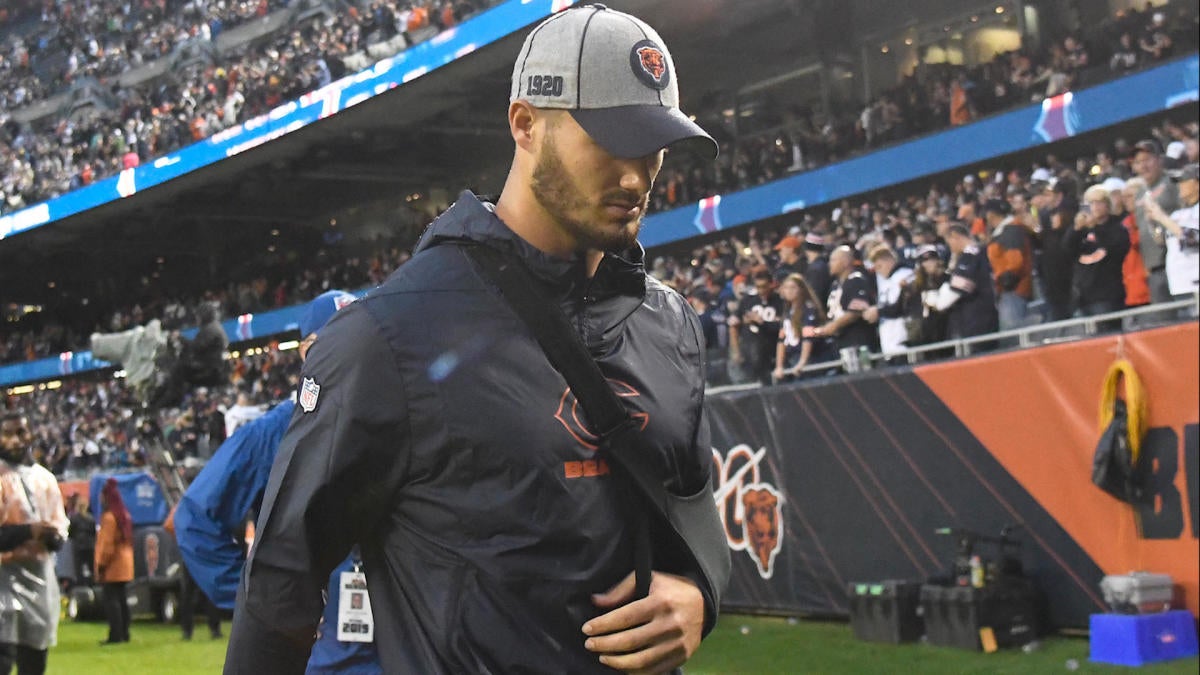 Week 5 of the 2019 NFL season is right around the corner, and it could feature the return of some big, familiar faces — as well as the absence of others — thanks to the latest injury reports from around the league.

While a handful of starters — like Chicago Bears quarterback Mitchell Trubisky and New York Giants running back Saquon Barkley — were already expected to be out of action this weekend, a few others remain big question marks. Chief among them: Jacksonville Jaguars star Jalen Ramsey, who was not at Wednesday’s practice and remains in pursuit of a trade out of town.

On the flip side, Week 5 could play host to the return of Kansas City Chiefs wideout Tyreek Hill, who has been out since suffering a collarbone injury in his team’s season opener but was back catching passes from Patrick Mahomes on Wednesday.

Here’s a complete rundown of the most notable names on this week’s injury reports, which we’ll update in the lead-up to Week 5:

The Ravens were without tight end Mark Andrews (foot) on Wednesday, but the second-year target has been playing through his injury — and barely practicing — for almost a month. Barring a dramatic setback, he figures to be ready to go once again on Sunday.

The Bears didn’t need their entire defense healthy to shut down the Vikings in Week 4, but young linebacker Roquan Smith was a full go at Wednesday’s practice after missing that game for personal reasons. Quarterback Mitchell Trubisky (shoulder), meanwhile, is unlikely to take the field against Oakland in London, coach Matt Nagy informed reporters Wednesday, with a looming bye week reason for Chicago to rest him up for the stretch run — assuming Chase Daniel doesn’t light up the Raiders and steal the job.

Star rookie running back Josh Jacobs (elbow) was limited on Wednesday for the Raiders, but he’s still expected to have a full workload against Chicago. Receiver Tyrell Williams (foot) was not as fortunate, sitting out with a new injury after enduring a hip pointed over the last few weeks. Williams has been playing through ailments, so he shouldn’t be ruled out just yet, but against Chicago’s secondary, he may have been a risky fantasy play anyway.

Arizona isn’t likely to have wideout Christian Kirk (ankle) when it travels to Cincinnati, as coach Kliff Kingsbury told the media Wednesday that Kirk, who was officially limited at practice, is fortunate not to be facing a longer recovery timeline. Larry Fitzgerald, KeeSean Johnson and Andy Isabella will once again headline the Cards’ receiving corps.

The Bengals, meanwhile, placed receiver John Ross (shoulder) on injured reserve, clearing the way for additional targets for Tyler Boyd and Auden Tate out wide over the next eight-plus weeks.

Gardner Minshew was limited in Jacksonville’s Wednesday practice with a knee injury sustained in the Jags’ close win over Denver, but all indications are that he’ll be good to go come Sunday. Former Steelers reserve Joshua Dobbs would be next in line to start in the event of a setback. Jalen Ramsey, meanwhile, did not take the practice field with a lingering back injury that kept him out of Week 4.

There’s little chance Saquon Barkley will be playing against the Vikings as he recovers from a high-ankle sprain, but the Pro Bowler was seen jogging to the side of the Giants’ Wednesday practice, and he’s publicly targeted a sooner-rather-than-later return, with coach Pat Shurmur refusing to rule him out for Week 5. Wayne Gallman remains New York’s fill-in No. 1 in the backfield, although he may have to play through his own injury, as he was limited at Wednesday’s practice with a neck issue.

No one other than Stephen Gostkowski has kicked a field goal or extra point for the Patriots over the last eight seasons, but the veteran landed on injured reserve Wednesday to undergo season-ending hip surgery. Look for the team to sign a free agent soon to take his spot — and keep an eye on their special-teams unit moving forward.

As if you needed more reason to pick the Patriots in this game, Washington has a cloudy quarterback situation entering Sunday, as starter Case Keenum (foot) was seen in a walking boot Wednesday, with backup Colt McCoy taking his place in practice to split first-team reps with rookie Dwayne Haskins. It remains to be seen if coach Jay Gruden believes Haskins is ready to open a game as a starter, but all three QBs appear to be in play against the Pats.

Quarterback Sam Darnold (illness) was a participant in Wednesday’s practice, but it still seems like a long shot that he’ll suit up against the Eagles, as he’s yet to be cleared for contact. With a volatile spleen, he’s hardly a safe bet to start, so Luke Falk is in line to take on the Birds in Philadelphia.

On the Eagles’ side, deep threat DeSean Jackson (abdomen) was not on the field Wednesday despite coach Doug Pederson telling reporters ahead of Week 4 that the wideout was progressing in rehab. Jackson hasn’t played since the Eagles’ opener, and he looks like a long shot to go against New York, though Pederson said the receiver would be reevaluated Thursday.

Buffalo did not have quarterback Josh Allen (concussion) at practice, meaning Matt Barkley is currently favored to make his first start of 2019 in Tennessee, although Allen was reportedly in on team meetings and partook in individual drills — a sign he’s not guaranteed to rest against the Titans. The Bills did, however, have running back Devin Singletary (hamstring), who practiced in the lead-up to Week 4 before sitting for the second week in a row. If he’s back, T.J. Yeldon would likely see a significant drop-off in touches behind Frank Gore.

The Chargers have been ravaged by injuries this year, and with Dontrelle Inman (quad) landing on injured reserve Wednesday, L.A.’s receiving depth will be tested once again. Mike Williams, Travis Benjamin, Hunter Henry and Virgil Green are all either recovering from or fresh off their own injuries.

Aaron Rodgers may not have Davante Adams when he goes Dallas, as the No. 1 receiver missed Wednesday’s practice while recovering from a toe injury suffered against the Eagles on “Thursday Night Football.” Running back Jamaal Williams (concussion), who was stretchered out of that same game, was also a no-go at Wednesday’s practice and is considered a long shot to play.

The Cowboys got receiver Michael Gallup (knee) back at practice on Wednesday, albeit in limited fashion. The second-year pass catcher has missed Dallas’s last two games with an MCL sprain but would provide Dak Prescott yet another big-play target if he’s able to go against Green Bay.

The Colts are going to need every weapon they can get if they want a chance against Kansas City, but receiver T.Y. Hilton was once again limited on Wednesday while recovering from a quad injury that kept him out of Week 4’s loss to Atlanta. Coach Frank Reich has hinted that Hilton could remain sidelined through Indy’s upcoming Week 6 bye week. Running back Marlon Mack (calf) was not practicing at all Wednesday, but he was also sidelined for two straight days before playing in Week 4. If he can’t make it this time around, Jordan Wilkins and Nyheim Hines would be due for an increase in carries.

The Chiefs aren’t exactly lacking in firepower, but now it looks like they might get some reinforcements against Indy, with star receiver Tyreek Hill (shoulder) making a surprise return to practice on Wednesday. Hill has missed K.C.’s last three games after going down in the Chiefs’ opener. Running back Damien Williams (knee) was also practicing Wednesday after missing the last two games and figures to steal some carries from Darrel Williams and LeSean McCoy on Sunday.