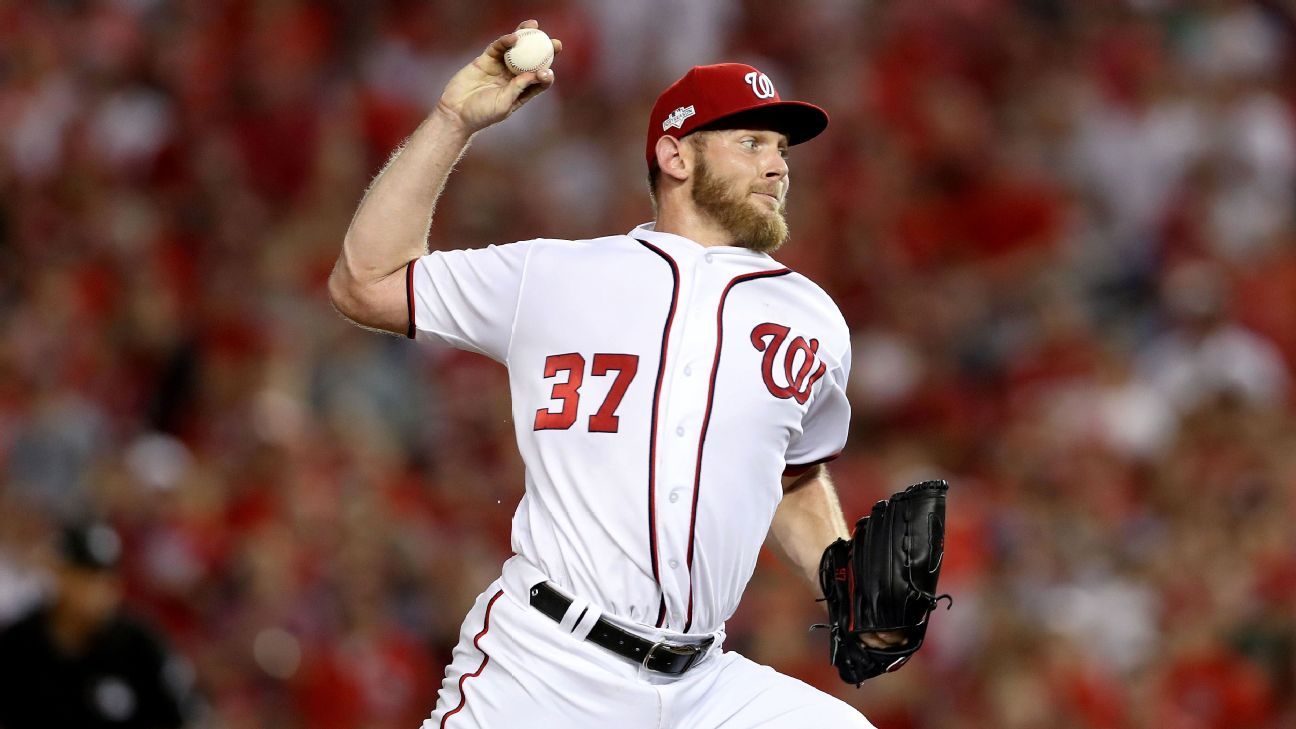 LOS ANGELES — The Washington Nationals are getting their money’s worth out of Stephen Strasburg this year.

Manager Davey Martinez said Wednesday that Strasburg, who came out of the bullpen to toss three shutout innings and earn the win in Washington’s dramatic wild-card victory on Tuesday, is a possibility to start Game 2 of the National League Division Series against the Los Angeles Dodgers on Friday.

“Obviously, Stephen threw the ball well yesterday for us,” said Martinez of Strasburg, who struck out four and walked none while throwing 34 pitches in the wild-card game. “We have other options. So we’ll see how it transpires over the next day. We would have to see.

“Obviously, it’s going to be a quick turnaround. I would just want to give him a day to recoup. We just got off a flight, so want to see how he feels.”

Strasburg, who’s in the third year of a seven-year, $175 million contract, has been a workhorse for the Nationals this season. In 33 regular-season starts, he went 18-6 with a 3.32 ERA and led the NL with 209 innings pitched.

During Tuesday’s 4-3 comeback win, he pitched in relief for the first time since 2007, when he was a freshman at San Diego State.

A former top overall pick in 2009, Strasburg has dealt with injuries throughout his career. Toward the end of his rookie year in 2010, he underwent Tommy John surgery and missed most of the 2011 season. In 2012, when the Nationals made the playoffs for the first time since moving to Washington, the team shut down its prized right-hander in September, hoping to protect his valuable right arm.

After starting Game 3 of the 2014 division series, Strasburg missed the 2016 playoffs with a flexor mass strain. In the 2017 NLDS, he made two starts against the Cubs and didn’t allow an earned run.

Including his relief outing on Tuesday, Strasburg now has a 0.41 career ERA in the postseason.

If Strasburg is tapped to start Game 2 on Friday, he would then be available to return to the mound on normal rest for a potential Game 5 next Wednesday.

The Nationals, who will send lefty Patrick Corbin to the mound in the series opener on Thursday against Dodgers righty Walker Buehler, could also turn to veteran Anibal Sanchez for Game 2. In his first season with Washington, the 35-year-old right-hander went 11-8 with a 3.85 ERA.

In two starts against the Dodgers this season, Strasburg was 1-1 with a 2.08 ERA. Sanchez also started twice against Los Angeles, going 0-1 with a 3.18 ERA.