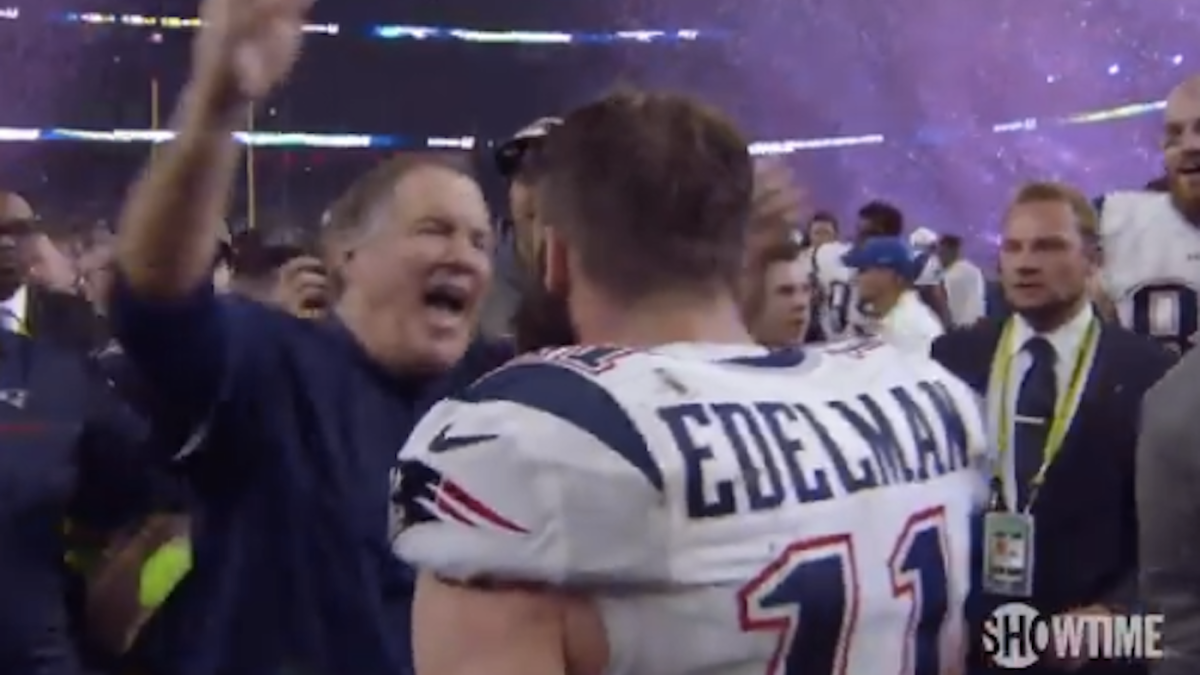 New England Patriots wide receiver Julian Edelman has been in the league for 10 years, but says he has only had a about eight conversations with head coach Bill Belichick, and his first solo encounter with the legendary coach is one for the ages.

Edelman has told parts of the story prior to this, but in a deleted scene clip from his YouTube series “100% Edelman” he tells the details of the rest and it’s, umm, definitely something.

The Super Bowl LIII MVP recalls when he was first with the team, he liked to stay late and hang out at the facility to use the amenities there. He was headed into the hot tub, he ran into Belichick and saw a bit more than he had wished, to put it lightly.

Edelman headed into the hot tub and was going to turn around when he saw his coach already using it, but that plan did not work. “We’re supposed to have shorts on. Supposed to have shorts,” he said, still seeming disturbed from the whole thing and noting his Belichick’s “party foul.”

Edelman explains hiding his face of “absolute terror” and called out his rather accomplished leader he continues on saying, with some sarcasm in his voice, “I didn’t know people went in hot tubs without swim trunks, in a public facility.”

Apparently they do Jules.

As Edelman was heading out, he of course ran into his coach again who, in true Bill fashion, did not say one word. That’s when a young Edelman found the courage to say something to Belichick. “I don’t know where I got the confidence but I asked him, ‘Coach I mean it’s pretty amazing that you’re here this late.'”

Edelman delivers his response with a perfect Belichick impersonation, “It beats being a plumber, see ya tomorrow.”

I guess he has a point?

The never dramatic Edelman says he was “terrified, happy and may have shedded [sic] a single tear,” over getting to have his first one-on-one conversation, despite how bizarre it may have been, with his iconic coach.

Whatever truth there may be to that story, it certainly never affected Belichick or the Patriots’ opinion of what Edelman could do on the field. In his decade in New England, Jules ranks in the top-10 in receptions, receiving yards and receiving touchdowns, to go along with his three Super Bowl rings and MVP award from last season’s championship win over the Rams.