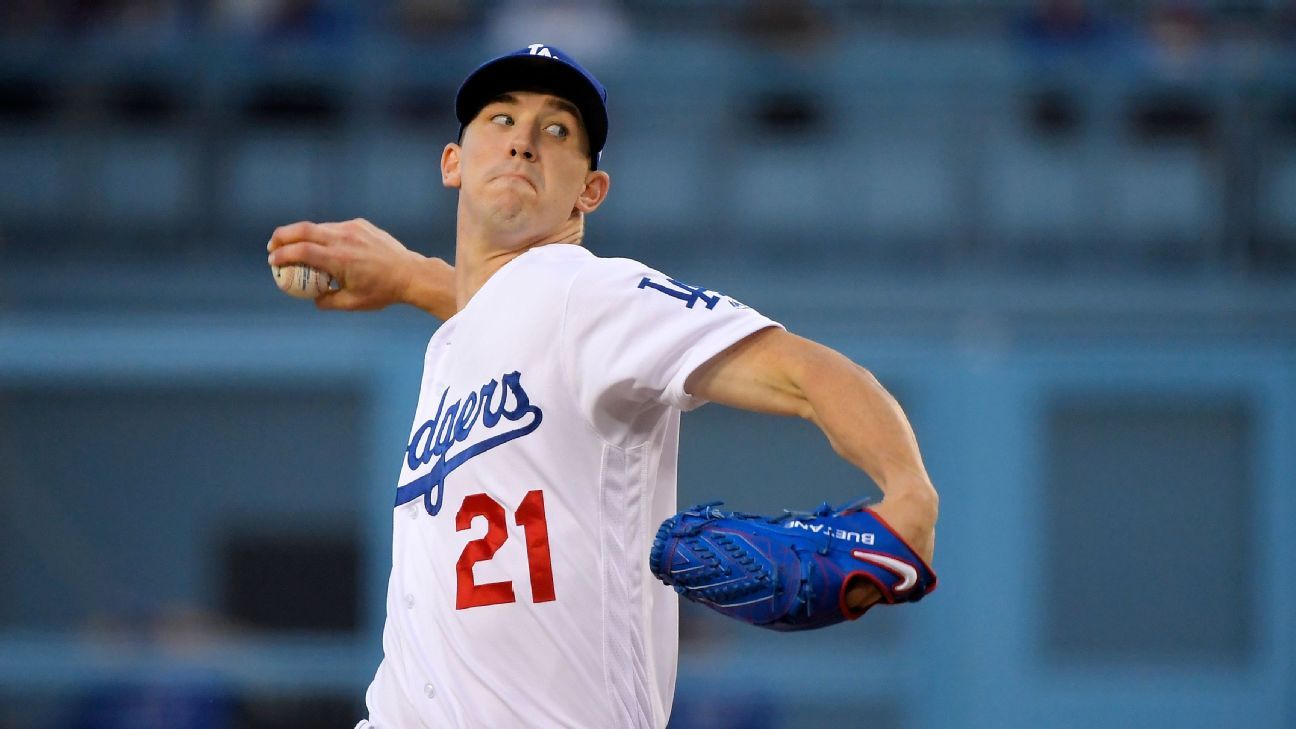 LOS ANGELES — The Los Angeles Dodgers‘ rotation includes arguably the greatest pitcher of his generation in Clayton Kershaw and a potential Cy Young Award winner in Hyun-Jin Ryu. But it will be Walker Buehler, the precocious right-hander with an electric fastball, who will begin their march toward another World Series.

Buehler will start Game 1 of the National League Division Series against the Washington Nationals on Thursday, with first pitch slated for 8:37 p.m. ET on TBS. Buehler, who will oppose Nationals lefty Patrick Corbin, downplayed the assignment, saying “the order’s a little bit less significant than people want to make it out to be.”

But it was done with specific intent — pitching Buehler in Game 1 allows him to come back and start a decisive Game 5 if it comes to it, which Dodgers manager Dave Roberts said “gives us the best chance to win.”

“We had already made that decision regardless of the outcome last night,” Roberts said, referencing Tuesday’s NL wild-card game between the Nationals and the Milwaukee Brewers. “All three of those guys are on board with the decision that we made.”

Roberts has yet to reveal whether it will be Kershaw or Ryu starting Game 2, and the Nationals have yet to make a decision on when to pitch Max Scherzer and Stephen Strasburg.

Buehler, 25, emerged as a rookie last season, winning Game 163 against the Colorado Rockies and performing well against the Brewers in Game 7 of the NL Championship Series.

He followed by going 14-4 with a 3.26 ERA in 182⅓ innings in 2019, striking out 215 batters and walking only 37. Buehler was shaky at times, failing to record an out in the fifth inning in eight of his 30 starts. But he also displayed discernible dominance, particularly in a couple of complete games that included 15 or more strikeouts.

Buehler commands five pitches — a four-seam fastball, two-seamer, cutter, curveball and slider — and constantly tinkers with all of them. He allowed seven runs (four earned) in 12⅓ innings against the Nationals this season, but he was especially dominant throughout the summer at Dodger Stadium, going 6-1 with a 2.86 ERA.

“His stuff is not fun to face,” Dodgers center fielder Cody Bellinger said. “But when you have a dude behind it that knows what he’s doing, it’s even better.”