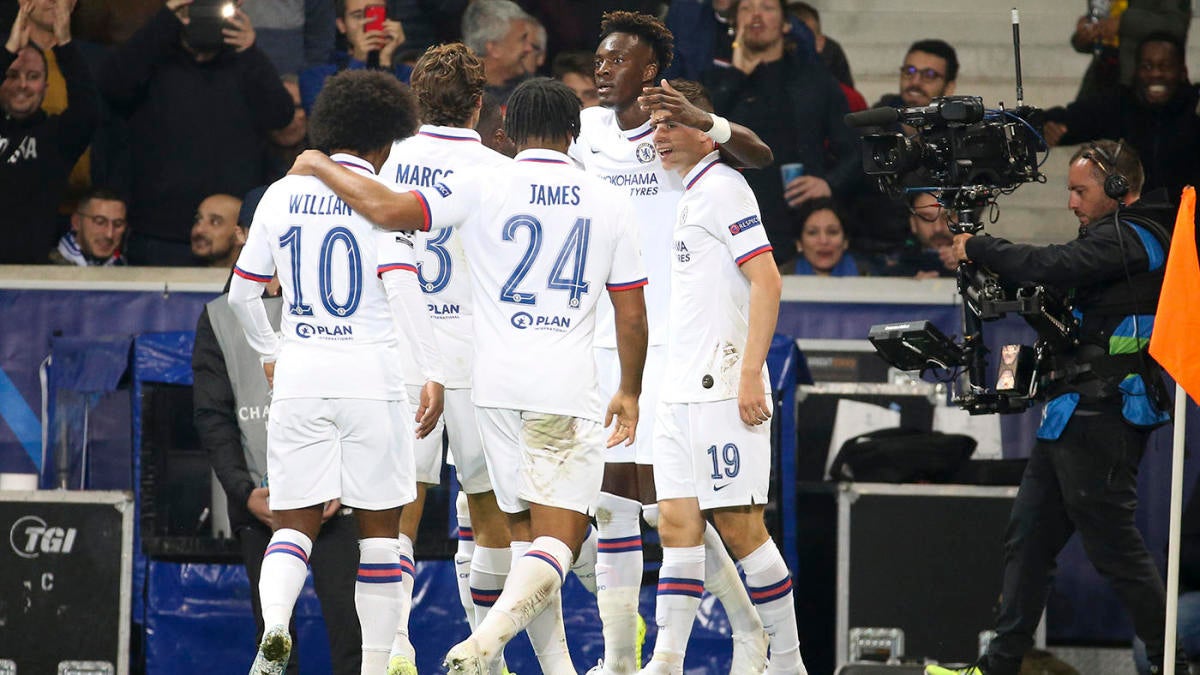 Matchday 2 of the Champions League group stage shook things up in our power rankings with teams rising and others (I’m looking at you, Tottenham) falling. Some of the big boys scored important victories like Bayern Munich, Barcelona and Chelsea, while some teams showed it could hang with the big boys despite falling short Tuesday or Wednesday. Below you’ll find the latest Champions League rankings after Matchday 2:

1. Bayern Munich (+1): An absolutely astonishing performance at Tottenham. Seven goals and Serge Gnabry just absolutely went off with his four strikes. The former Arsenal man continues to give Spurs nightmares.

2. Manchester City (-1): Business as usual for this team despite the slow start. Another three points in which Raheem Sterling scored once again. City should have this group wrapped up after just a couple more matches. Far and away the best team of the group.

3. Ajax (+1): What a statement at Valencia. The Dutch club took its chances, and despite conceding several really good looks, it somehow kept a clean sheet. Clear leader in the group and reloaded for another big run.

4. Paris Saint-Germain (-1): A solid 1-0 win at Galatasaray with Mauro Icardi getting his first goal for the club. It wasn’t a dominant performance but this team did what it needed to do and produce quite the team goal. Now Neymar returns from suspension and the sky is the limit.

5. Barcelona (+1): Massive comeback win to beat Inter Milan at Camp Nou. Luis Suarez was fantastic, but Arturo Vidal also helped change the game as a sub. Anything short of a win would have had Ernesto Valverde sweating.

6. Liverpool (+3): The Reds had to have those three points, and they nearly let them slip away. The attack was gelling, but they really need Alisson back. He wouldn’t have conceded those three goals.

7. Juventus (–): Just dominant against Bayer Leverkusen. Ronaldo got his 127th career UCL goal and a record 102 win in the competition. He continues to deliver while others in the middle have been dominant. A real contender to take home the title.

8. Atletico Madrid (–): Never easy to go to Russia and win, and that was a great result that puts this side in a perfect spot to move on. Still a long way to go for Los Colchoneros. They have two remaining home matches in which they will be heavily favored. Good chance they could still top Juventus if all goes well.

9. Napoli (-4): Not a good showing at Genk. One point is OK, but it had a ton of chances to win the game. Late on, the players looked a bit gassed and nearly conceded. Better not take Red Bull Salzburg lightly.

10. Red Bull Salzburg (+3): Outstanding performance, despite losing. Jesse Marsch’s side took reigning European champion Liverpool to the brink at Anfield. It may not have scored any points, but the team turned heads and got even more momentum and belief, while putting the rest of the group on notice.

11. Borussia Dortmund (+2): Love where this team is now, especially with Inter Milan three points behind. Splitting points with Inter over the next two games will have this side positioned well.

12. Lyon (+6): One of the more impressive performances of the matchday, and for now it has the head-to-head advantage over RB Leipzig. Memphis Depay is going to get another big-money move, isn’t he?

13. Valencia (-4): Talk about a game to forget. A missed penalty kick and hitting the woodwork twice will do that to you. The scoreline is a bit exaggerated, but it deserved to lose. Plenty to correct, especially with the early head-to-head edge over Chelsea.

14. Chelsea (+9): Big win for the Blues at Lille despite Christian Pulisic being relegated to water boy at this point. Tammy Abraham has “special” written all over him, and Willian showed what veterans do in big moments.

15. Dinamo Zagreb (–): No shame in losing 2-0 at City. Getting just one shot on goal and two overall is concerning. Gotta play quicker. Too often Dinamo Zagreb has players trying to do a bit too much. Still in a good spot, though.

16. Lokomotiv Moscow (-2): Just three shots on goal against Atletico Madrid isn’t going to get the job done. This team is going to need another upset to really have a chance, but at worst it is looking like a potential third-place finisher.

17. Zenit (+2): This team is always sneaky good and with tons of discipline. Consider this side a team to watch moving forward, especially after a dominant win over Benfica.

18. RB Leipzig (-6): Boy, does this team need Tyler Adams to return fast. To lose at home like that to Lyon is just disappointing. Well, it’s time to just forget about it and move on. The talent is there and it was just an off night. Hit the reset button.

19. Inter Milan (-2): The positive vibes of the Antonio Conte era have been put on hold with one point in two games. It’s going to be do-or-die against Dortmund. Really needed Romelu Lukaku there at Camp Nou.

20. Slavia Prague (–): Really played well against Dortmund and were unlucky to not score. Barca will be on alert because this team is better than most had thought. A real threat to finish in third and steal a Europa League spot.

21. Club Brugge (+2): One of the team’s biggest results in recent years getting a 2-2 draw at Real Madrid, but the win was there for the taking. Safe to say that Philippe Clement will have his squad working on aerial defensive tactics this week.

22. Red Star Belgrade (+8): A lovely comeback to get three points against Olympiacos. With Tottenham reeling, don’t count this team out when it comes to possibly finishing behind Bayern Munich. Going to Belgrade won’t be easy for Spurs, but first up is their battle in London on Oct. 22.

23. Galatasaray (-1): Ugly game against PSG. This side has never really looked like much of a threat either. One point after two matches isn’t going to build any momentum, but it knows it has what it takes to beat Real Madrid and get through.

24. Real Madrid (–): Let’s be honest here, drawing at home to Club Brugge feels like a loss. Zinedine Zidane’s magic hasn’t run out, but his new signings just haven’t gotten into the groove. Eden Hazard looks far from his usual self.

25. Tottenham (-14): Alarming. Getting trounced like that at home on the biggest stage can cost some people jobs. Mauricio Pochettino should be fine for now, though, but something just isn’t right about this team’s slow start. Really, really concerning.

26. Shakhtar Donetsk (+3): Huge win at Atalanta with the final kick of the ball. It really needed that victory to feel good about moving forward, and it now sets up two matches with Dinamo Zagreb to likely see who finishes behind Manchester City.

22. Olympiacos (-6): Led 1-0 at Red Star Belgrade and ended up losing 3-1. Could have used that win considering what happened to Spurs against Bayern. Tough spot with two games to come against Bayern Munich.

28. Genk (-2): A quality point against Napoli, but with the emergence of Red Bull Salzburg, Genk is going to need more. It probably needs three points against Liverpool to feel good about its chances. A tall task.

29. Benfica (-2): No Joao Felix, no potential in attack, it seems. This team has a knack for reloading and staying relevant in Europe, but it has looked far from stable two matches in.

30. Lille (-2): Zero points after two games means this team is in serious trouble. That was to be expected after losing so much talent from a season ago. Enjoy the ride.

31. Bayer Leverkusen (–): An uncharacteristic error by Jonathan Tah on Gonzalo Higuain’s opener. Two games in and two losses. With a trip to Russia, two matches against Atletico Madrid and a visit from Juventus to come, thus marks the end of their chances of advancing in this competition.

32. Atalanta (–): Playing at San Siro in its first ever Champions League “home” game, Atalanta blew a 1-0 lead and conceded in the 95th minute to lose. With two games to come against Manchester City this team is probably cooked.