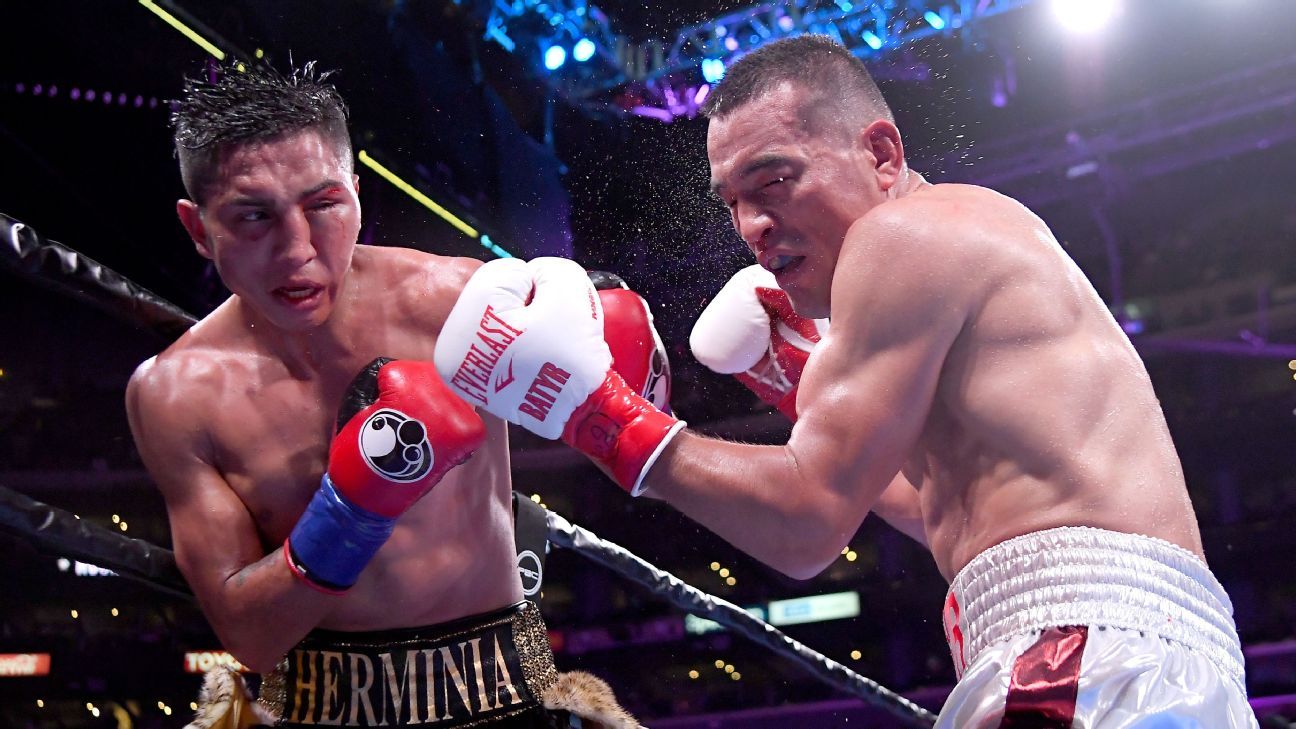 As disappointed as junior welterweight Batyr Akhmedov was when he heard the scores for his vacant secondary world title bout against Mario Barrios on Saturday night’s Errol Spence Jr.-Shawn Porter undercard, it is worse now that he has viewed a video of the bout.

Even after scoring knockdowns in the fourth and 12th rounds at Staples Center in Los Angeles, Barrios appeared awfully lucky to win by scores of 116-111, 115-111 and 114-112 in a fight in which the crowd booed the decision loudly and most media at ringside had Akhmedov winning.

“I worked my whole life to become a world champion and when the opportunity came, I clearly won the fight,” Akhmedov said Wednesday. “I dominated the fight from start to finish. Re-watch the tape as I have and see how bad Barrios was hurt in every round. After the 10th round, he wanted to quit, he was so badly beaten. I don’t even think the judges watched the fight.”

Vadim Kornilov, Akhmedov’s manager, said they would file an appeal with the WBA, which sanctioned the fight for its secondary 140-pound title, and request an immediate rematch.

“The rounds were easy to score. You saw who did the damage, and they got a number of critical rounds wrong,” Kornilov said. “There were not that many close rounds and any other professional judge will confirm this. It’s on them now. They have to live with what they did for the rest of their lives. Batyr will just go on towards his dream of becoming a world champion. What they did here is just an obstacle to his goal.”

Barrios did score a flash knockdown in the fourth round when Akhmedov touched both of his gloves to the mat. Barrios then scored another in the final seconds of the fight, when it appeared as though he needed a knockout to win.

“This is the height of incompetence. These judges needed to be immediately held responsible to the full extent permitted. They stole the world title from Batyr,” Kornilov said. “Look at the photos from the fight and after the fight. Barrios did not win that fight and his whole team didn’t even expect to get their hand raised.

“Barrios is [medically] suspended and cannot enter the ring for the next six months. How is he going to defend his championship? He cannot fight for medical reasons due to injuries suffered in the fight, and Batyr could fight next month if the opportunity was given.”

Akhmedov, a 28-year-old southpaw, was born in Uzbekistan, lives in Russia and represented Turkey in the 2016 Rio Olympics. He was bidding to become the first 2016 Olympian to win a world title.

“I am very positive that if Batyr lost a fight in a similar fashion, he would have given the belt over to the other guy, or would have been the one to request a rematch as he would not want to be a champion when millions all over the world saw that he did not win this fight and did not deserve the belt,” Kornilov said. “We hope that Barrios — being a real warrior that showed a lot of character and survived a very, very tough fight — will support the rematch, which I am sure the whole world will want to see.

“We greatly appreciate all the fans, which unlike the judges, don’t care who the A or B side is and where each fighter is from. The arena knew who won the fight and so did most of the experts all over the world that wrote about this fight on social media, and they unanimously put justice ahead of nationality and other aspects.”