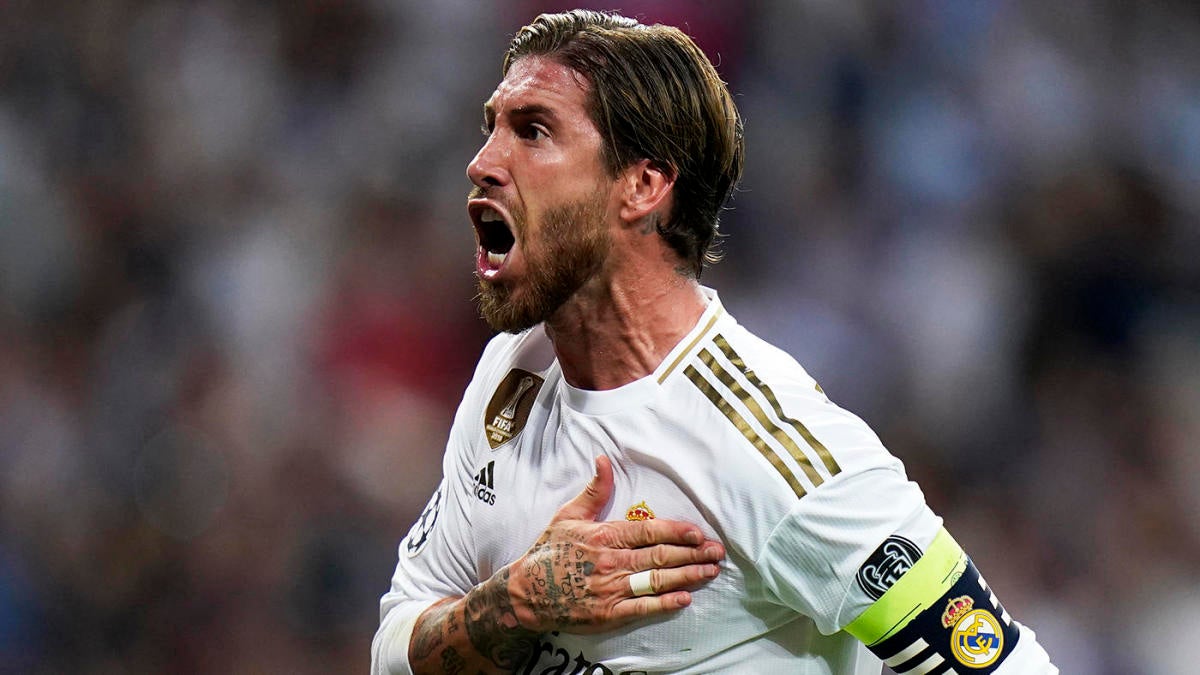 Real Madrid looked set to start the Champions League group stage off with consecutive losses, but two goals in the second half saw Los Blancos salvage a draw at home against huge underdog Club Brugge. The Belgian club scored early and then again before the end of the first half, but Real Madrid battled back with Sergio Ramos scoring the first and Casemiro adding the second just seconds after the visitors were reduced to 10 men in the second half to force a 2-2 draw.

Thibaut Courtois had another rough outing in goal for Real Madrid and has now conceded five goals in his last two matches in  all competition, and all of that came in just 135 minutes. That’s because Courtois was taken off at halftime of this game in favor of Alfonso Areola. It’s unclear if it was because of an injury or bad form, but it’s hard not to notice the huge lack of confidence he has at the moment.

The two goals from Club Brugge weren’t anything out of this world. You can argue both were hit pretty poorly and were fortunate to go in.

It’s getting to the point where this club is probably starting to question why they kept Courtois over Keylor Navas, who is now at Paris Saint-Germain.

Let’s give this team quite a bit of credit. Brugge has gone unbeaten in six Champions League matches with a win and five draws, and its hot start is what helped this side secure such a good result. Thanks to this result, the unbeaten streak in all competitions is now 18. While Brugge is still likely to finish behind Real Madrid and PSG in the standings, this team is in a great position to contend until the final matchday. At worst, Brugge will fight for that third-place spot to get into the Europa League, and a point like this can be the different in the end.

For years this Real Madrid team has been able to find breakthroughs in the air, and that’s how it managed to claw back from the dead and earn a point. The accuracy was off for most of the night, evident by Real putting just seven of its 27 shots on frame, yet the height advantage in attack ended up being what got Real back into this. Fifty-five minutes in, Ramos was able to head home the first goal, which was confirmed by VAR. Then, Casemiro on a set piece did beautifully to rise above his defender and set a ball perfectly to the far post to earn a draw. Take a look:

Let’s not sugarcoat this, though. This is a rough result for Real Madrid, which still needs to host PSG, go to Belgium, go to Turkey to face Galatasaray and host the Turkish side. If it slips up again at home against the Turkish club or falls short on the road, it could be in real danger of crashing out in the group stage.