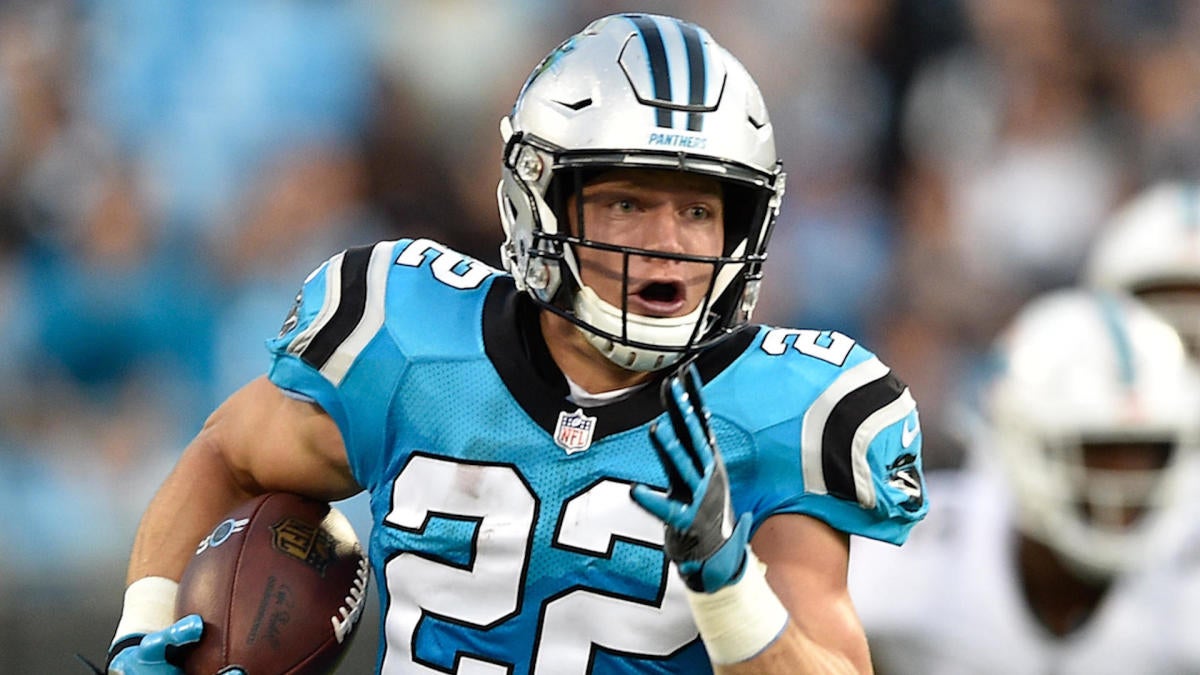 Despite entering last week with a questionable tag thanks to a hip injury, Buccaneers wide receiver Chris Godwin took the NFL by storm with 12 catches for 172 yards and two touchdowns in a record-breaking 55-40 win over the Rams. Anyone who took a gamble on Godwin was paid off big-time in NFL DFS tournaments and cash games on sites like FanDuel and DraftKings. Now as we enter Week 5, making successful NFL DFS picks means keeping a close eye on last-minute NFL injury news. Bills quarterback Josh Allen is in the concussion protocol, while rookie running back Devin Singletary is still nursing a hamstring injury. Could the ageless wonder Frank Gore be among the viable NFL DFS players for Week 5? If Chiefs running back Damien Williams finally returns, should he go into your Week 5 NFL DFS lineups? And should the Chiefs be among your top NFL DFS stacks against the Colts? Before you make any NFL DFS picks, listen to the optimal NFL DFS strategy from SportsLine’s Mike McClure. He’s made almost $2 million in his daily Fantasy sports career.

He’s off to a red-hot start in 2019 as well, already cashing multiple times, including a strong 3x return on DraftKings in Week 3 thanks to blockbuster days from players like Christian McCaffrey (24-153-1), Nelson Agholor (8-50-2) and Kyle Allen (261-4). Then in Week 4, he was all over Wayne Gallman, who recorded 118 yards from scrimmage and two scores. McClure’s FanDuel GPP lineup also returned 2X on Monday Night Football in Week 4. Anyone who has been following him has seen plenty of huge returns. Now, he has turned his attention to the Week 5 NFL schedule and locked in his top daily Fantasy football picks over at SportsLine.

One of McClure’s top Week 5 NFL DFS picks is Chargers receiver Keenan Allen at $7,500 on FanDuel and $7,300 on DraftKings. Allen enters Week 5 of the NFL season leading the league in targets with 48. That’s especially impressive considering he only saw six in Week 4 against the Dolphins because the Chargers built a big lead in that matchup.

He should be back to seeing double-digit targets against the Broncos this week, and Denver has already given up productive days to receivers like Marquez Valdes-Scantling (6-99-1) and Tyrell Williams (6-105-1) this season. Confidently lock in Allen at an affordable price and look for a week-winning return on value.

Part of McClure’s optimal NFL DFS strategy also includes rostering Panthers running back Christian McCaffrey ($9,100 on FanDuel, $8,700 on DraftKings). In addition to being one of the most dynamic playmakers in the NFL, McCaffrey is receiving such a large number of touches that he’s almost a must-roster regardless of price tag.

McCaffrey got the ball 37 times last week against the Texans, producing 93 yards and a score on the ground. He also hauled in 10 passes for 86 yards. He leads the NFL with 111 touches and 629 yards from scrimmage and has scored four times. This week, he’s matched up against a Jaguars defense that’s allowing 4.2 yards per carry to running backs. He should see another mammoth workload in a game where the Panthers are just 3.5-point favorites.

McClure is also targeting a player who could go off for massive numbers in Week 5 because of a dream matchup. The stars are aligning for him to go for 30, even 40 points on FanDuel and DraftKings. This pick could be the difference between winning your tournaments or going home with nothing.

So who is DFS pro Mike McClure putting in his optimal NFL DFS lineup for Week 5? And which player could put up tournament-winning numbers? Visit SportsLine now to see the full optimal tournament and cash game lineups from a professional DFS player who has almost $2 million in career winnings, and find out.