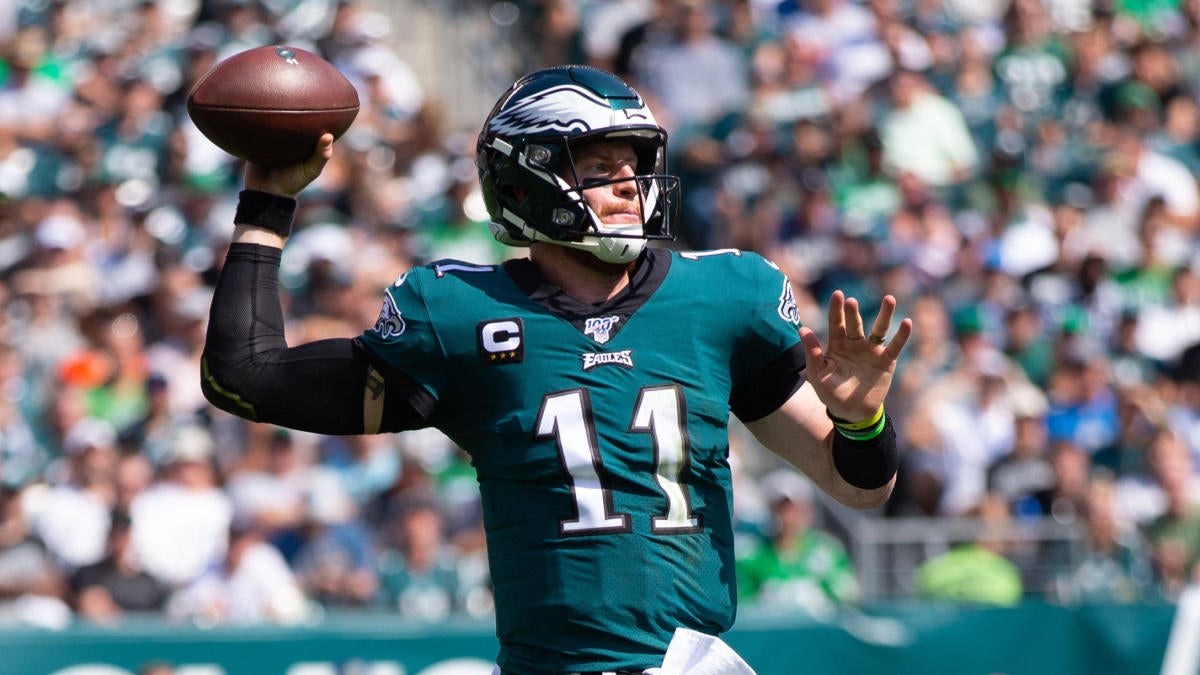 Parity is a normal part of the NFL season, but after the first four weeks of the 2019 campaign, the middle of the standings is a popular place to be.

Make no mistake, we’ve got a few powerhouses atop the order. The New England Patriots (4-0) have yet to lose a game, and Las Vegas oddsmakers think there’s a real chance they won’t lose another one all season. The Kansas City Chiefs (4-0) are in the same boat, and their quarterback is a monumental favorite to repeat as league MVP. In the NFC, the San Francisco 49ers (3-0) are also undefeated, with a chance to improve to 4-0 off their bye against the Cleveland Browns on “Monday Night Football.”

Those, however, are the exceptions — along with the cellar-dwelling Cincinnati Bengals (0-4), Denver Broncos (0-4), Miami Dolphins (0-4) and Washington Redskins (0-4), the competing favorites for 2020’s No. 1 overall pick.

At the heart of the league reside a bunch of teams stuck in neutral, otherwise known as 2-2. To be exact, there are 13 different teams — more than a third of the entire NFL — with a .500 record after the first quarter of the season. What does it mean? Well, there’s been some competitive football! But so many 2-2 starts means a handful of the teams smack dab in the middle of the standings are bound to take a step forward, and another handful are bound to take a step back as the season progresses.

Which of those 13 are actually for real?

CBS Sports’ NFL crew offered their opinions on Tuesday’s Pick Six Podcast. Check out the full show in the player below and be sure to subscribe right here to get daily NFL goodness fired into your eardrums on the reg.

Ryan Wilson was quick to defend the Philadelphia Eagles, who trail the Dallas Cowboys by a game in the NFC East, as contenders, calling them one of the safest bets to end the season better than .500.

“They went on the road and won in Lambeau,” Wilson said. “And I thought Carson Wentz actually played well enough to merit a conversation about how I would take him over Aaron Rodgers.”

Sean Wagner-McGough, meanwhile, highlighted the Cleveland Browns as another contender among the 2-2 crowd, saying “they’re not as good as I thought they’d be” but pointed to how the rest of the AFC North has been “crashing down to Earth” and suggesting Baker Mayfield is only going to get better as the season goes on.

As for John Breech, he wants no parts of the Oakland Raiders as a contender despite their 2-2 start after a tumultuous offseason.

Wilson lumped the New York Giants into the same boat as the Raiders despite some praise for rookie quarterback Daniel Jones.

“They could very easily be 1-3,” he said. “The Buccaneers, through sheer force of will, lost that game (to New York in Week 3). The defense is still terrible. Best-case scenario, they could be third in that division.”

As for Will Brinson, the Pick Six host was all over the Los Angeles Chargers as a postseason contender, highlighting the trio of Philip Rivers, Melvin Gordon and Austin Ekeler, then assuring fans L.A. has a nice slate of upcoming games to boost its record.

“If you look at the schedule of games the Chargers have, they have the Broncos, Steelers, Titans, Bears in their next four games,” he said, “which means the best quarterback they’re going to play is either Mason Rudolph or Marcus Mariota. I think they’re probably playing for a wild card at this point, but I would be very surprised if they weren’t at least in the discussion.”