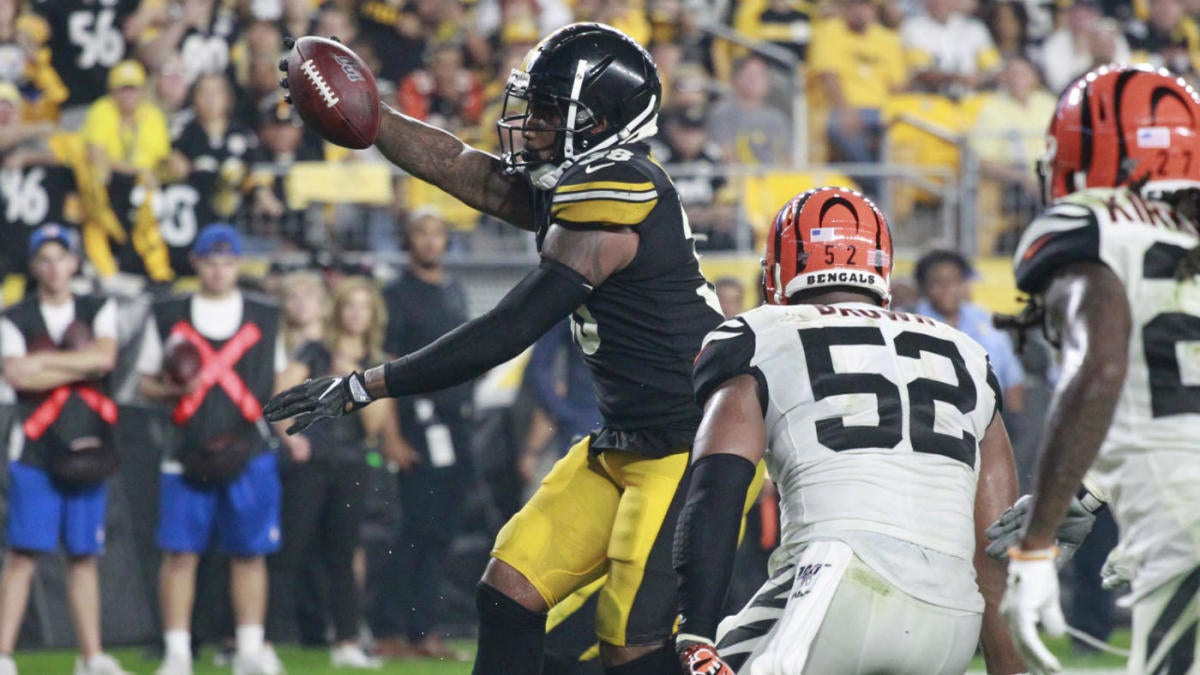 Mike Tomlin, as expected, was asked about his team’s employment of the wildcat offense during his Tuesday press conference. Less than 16 hours earlier, the Steelers used the wildcat on various occasions during their 27-3 victory over the Bengals.

The wildcat, which mostly featured running back Jaylen Samuels on Monday night, helped Pittsburgh’s offense amass 20 first downs while limiting the exposure of quarterback Mason Rudolph, who will be making his third career start this Sunday against the visiting Baltimore Ravens.

Speaking of Sunday’s game, Tomlin was asked if he plans to continue utilizing the wildcat — a formation a reporter referred to Tuesday as “gimmicky” — moving forward.

“I acknowledge that the wildcat is somewhat gimmicky, but at the same time, all of us in the National Football League are prepared for it week in and week out, we just don’t get a lot of physical reps when we don’t anticipate it,” said Tomlin, who’s in the midst of his 13th season as Pittsburgh’s head coach. “So, from that standpoint, because it’s on video, I would imagine that Baltimore’s gonna be prepared for it, but I imagine Baltimore’s gonna have a certain level of preparedness for it because of the nature and the functions of their offense.

“We did what we had to do to win that game,” Tomlin continued. “Given circumstances and the players available to us, and we’ll shape a plan that puts us in position to win this one with the current mix of players and under the circumstances. I acknowledge that it could be different. I acknowledge that it could be very different, quite frankly, than what you saw on Monday night. We’re just in a fragile state right now, and we need to do what we need to do in order to move the ball in order to win football games.”

Tomlin stopped the next question short when he was asked if he is involved in integrating new formations into the offense.

“I’m involved in everything that we do,” said Tomlin, who won a Super Bowl as a defensive assistant in Tampa Bay before coming to Pittsburgh. “I don’t run from that. I embrace that, I enjoy that. I enjoy providing that defensive perspective on some of our offensive discussions. The last time we brought wildcat out, probably to that degree, we were on Monday night in San Diego a number of years ago and were probably on our third or fourth quarterback and some other things like that.”

The game Tomlin alluded to was Pittsburgh’s 24-20 win in San Diego in Week 5 of the 2015 regular season. The Steelers, 2-2 through four games, featured Michael Vick under center with Ben Roethlisberger and Bruce Gradkowski sidelined with injuries. Despite Vick going an underwhelming 13 of 26, Pittsburgh won the game behind running back Le’Veon Bell, who rushed for 111 yards that included his game-winning touchdown on the game’s final play, a score that game out of the wildcat formation. Tomlin did acknowledge his team’s desire to open up the offense as the 2019 season continues. That will largely depend on how Rudolph develops as well as the development of the Steelers’ receiving corps.

Tomlin confirmed his team’s desire to open up the offense as the 2019 season continues. How much Pittsburgh’s offense opens up will largely come down to Rudolph’s continued growth as well as the continued growth of the Steelers’ receiving corps. Rudolph also discussed the importance of getting the ball to receiver JuJu Smith-Schuster after JuJu caught just three passes for 15 yards during Monday night’s win.

In the meantime, Tomlin and the Steelers are willing to do whatever it takes offensively to help increase their chances of winning.

“You can’t run it every week, to your point, but it was effective Monday night and we’ll see if we utilize it or utilize it in a different way this week,” Tomlin said. “I think that’s just the challenge of the National Football League, not only for us, but for all of us. What people are working on, what they’re ready to employ in detail and utilize against you, changes week in and week out, and that’s exciting.”