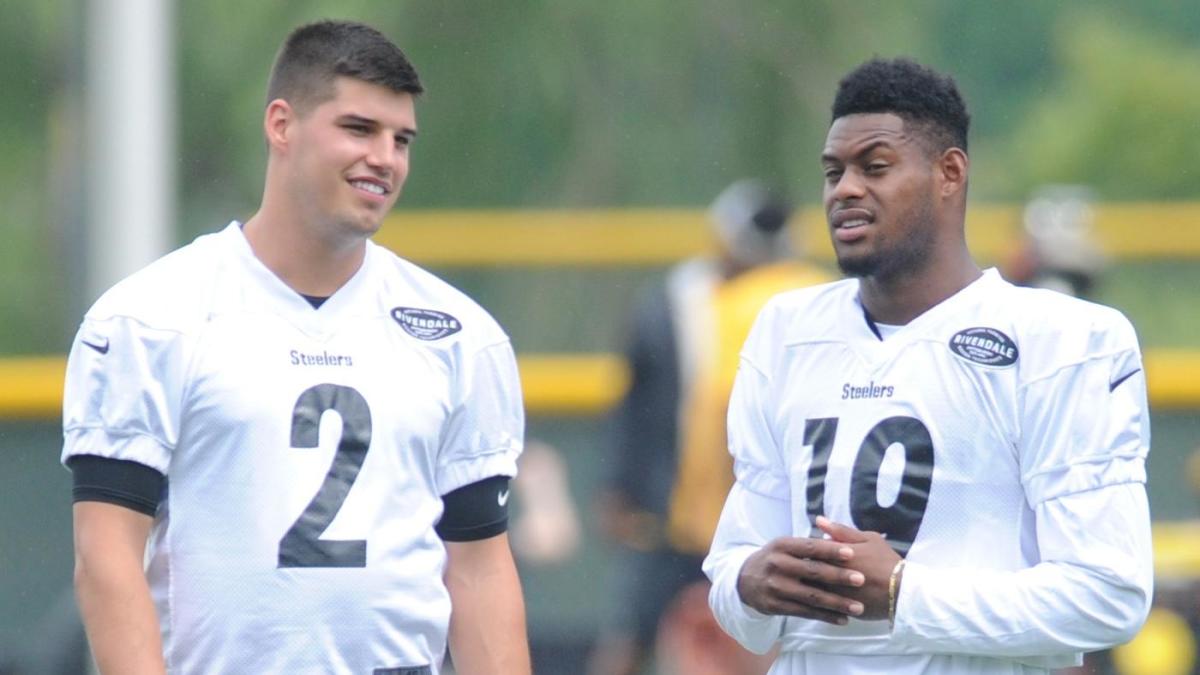 JuJu Smith-Schuster had to know that there’d be games like the one he experienced during Pittsburgh 27-3 victory over Cincinnati on Monday night. Smith-Schuster, Pittsburgh’s new No. 1 receiver, helped open things up for the Steelers‘ fellow receivers, even if it came at his own statistical success.

That’s exactly what happened on Mason Rudolph’s 43-yard touchdown pass to rookie wideout Diontae Johnson, who caught his second long bomb from Rudolph in as many weeks. Rudolph, asked if Johnson was the primary target on that touchdown pass following the Steelers’ 27-3 victory, explained how Smith-Schuster, who finished the game with just three receptions (on four targets) for 15 yards, helped set up the score.

“You’re checking who the safety takes,” said Rudolph, who went 24 of 28 Monday night with 229 yards and two touchdowns. “Diontae made a great play, but both guys were part of the deal. The safety took a step towards Diontae, then saw JuJu coming and that kinda distracted all of the attention. JuJu’s been an unbelievable leader for us. Even in those moments where he doesn’t score. He’s as positive as ever, encouraging his teammates. I gotta start giving him more touches.”

The Steelers pounded the Bengals on Monday night, but can they keep it going? And which 2-2 teams are for real? Host Will Brinson is joined by John Breech, Ryan Wilson and Sean Wagner-McGough on the Pick Six Podcast to break down those questions and much more. Listen to the full show below and be sure to subscribe right here to get daily NFL goodness fired into your eardrums.

While he didn’t make a significant impact as far as statistics go, it’s clear that Smith-Schuster is helping create more space for his teammates. Smith-Schuster also made an impact by encouraging his teammates, something that was captured as he was “mic’d up” by ESPN during Monday night’s game. The mic captured Smith-Schuster encouraging Johnson following his first quarter fumble that set up the Bengals‘ only score.

Smith-Schuster, who has just 17 receptions for 258 yards and a score through four games (he had 31 catches for 416 yards and a score at this point in the 2018 season), will likely see his statistics increase as he continues to develop a rapport with Rudolph, who will make his third career start when Pittsburgh (1-3) hosts Baltimore (2-2) in matchup between AFC North rivals. Rudolph will also look to take more shots down the field as the 2019 season progresses.

“We’re still working towards maybe taking some more shots,” he said following Monday night’s victory. “That’s on me and what I’m comfortable with. We’re still kinda moving towards that. It’s only Week Two with me and Randy [Fichtner] kinda being together. We’ll continue to try to threaten teams vertically.”

More contributions from Pittsburgh’s other receivers will also help open things up for Smith-Schuster. While Johnson (who caught all six of his targets for 77 yards against the Bengals) has become a legitimate playmaker in a short amount of time, no other Steelers receiver caught a pass during Monday night’s game. While running backs James Conner and Jaylen Samuels combined to catch each of their 14 targets for 140 yards, receiver James Washington, Pittsburgh’s second round pick in 2018, did not catch a pass while being targeted just once. No other Steelers’ receiver received a single target.

It will definitely take time, but Smith-Schuster will eventually get more touches as the rest of Pittsburgh’s offense takes shape. In the meantime, it doesn’t appear to be bothering Smith-Schuster, who knows that he will mostly be judged by fans and the media by how well the Steelers perform as a team with him as their No. 1 receiver.