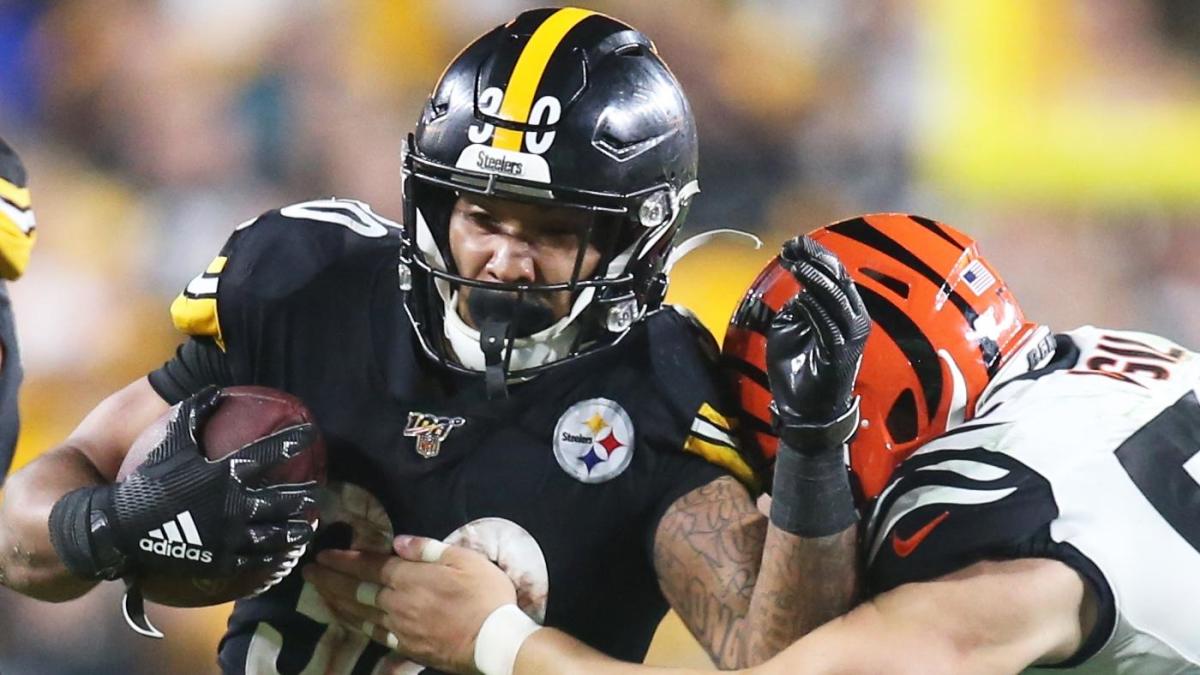 Tomlin said that Conner — who did return to Monday night’s game after sustaining the injury — may be limited during this week’s practices. Conner, who dealt with a knee injury leading up to Pittsburgh’s Week 3 loss to the San Francisco 49ers, received treatment at the Steelers’ facility on Tuesday.

Also receiving treatment was defensive captain Cam Heyward, who sustained a quad injury during Monday night’s victory. Like Conner, Heyward’s practice availability may be limited leading up to Sunday’s game. Heyward, a Pro Bowler each of the past two seasons, racked up 2.5 of Pittsburgh’s eight sacks of Cincinnati quarterback Andy Dalton during Monday night’s victory.

Conner was also a significant factor in the Steelers’ first victory of the season. Conner, a Pro Bowler for the first time last season, amassed 125 all-purpose yards that included his 21-yard touchdown reception from quarterback Mason Rudolph that gave the Steelers an early 7-3 lead.

Conner’s status for Sunday is significant considering how big of a role he and fellow running back Jaylen Sameuls were in Monday night’s game plan. With Rudolph and Pittsburgh’s complementary receivers still finding their way, the Steelers relied heavily on Conner and Samuels, who combined to touch the ball 34 times for 208 yards and two touchdowns. Rookie running back Benny Snell, who had just two carries on Monday night, will receive a much bigger workload if Conner’s injury doesn’t improve during the course of the week.

Baltimore, 2-2 after winning its first two games, is currently 30th in the NFL in passing yards allowed. While they are also 30th in rushing touchdowns allowed, the Ravens boast the league’s sixth best run defense entering this Sunday’s game. Baltimore was gashed by Browns running back Nick Chubb in Cleveland’s 40-25 victory this past Sunday, with Chubb rushing for 165 yards and three touchdowns that included an 88-yard touchdown run.

Tomlin added that inside linebacker Vince Williams (knee), outside linebacker Anthony Chickillo (foot) and tight end Vance McDonald (shoulder) will continue to be evaluated this week. While he is leaving the light on for each of them to possible be back on the field for Sunday’s game, Tomlin alluded to fullback Rosie Nix needing more recovery time as Nix continues to deal with a knee injury that has kept him out of each of Pittsburgh’s first four games.

The Steelers are currently 3.5-point underdogs to a Ravens team that is looking for their second victory at Heinz Field in as many years.