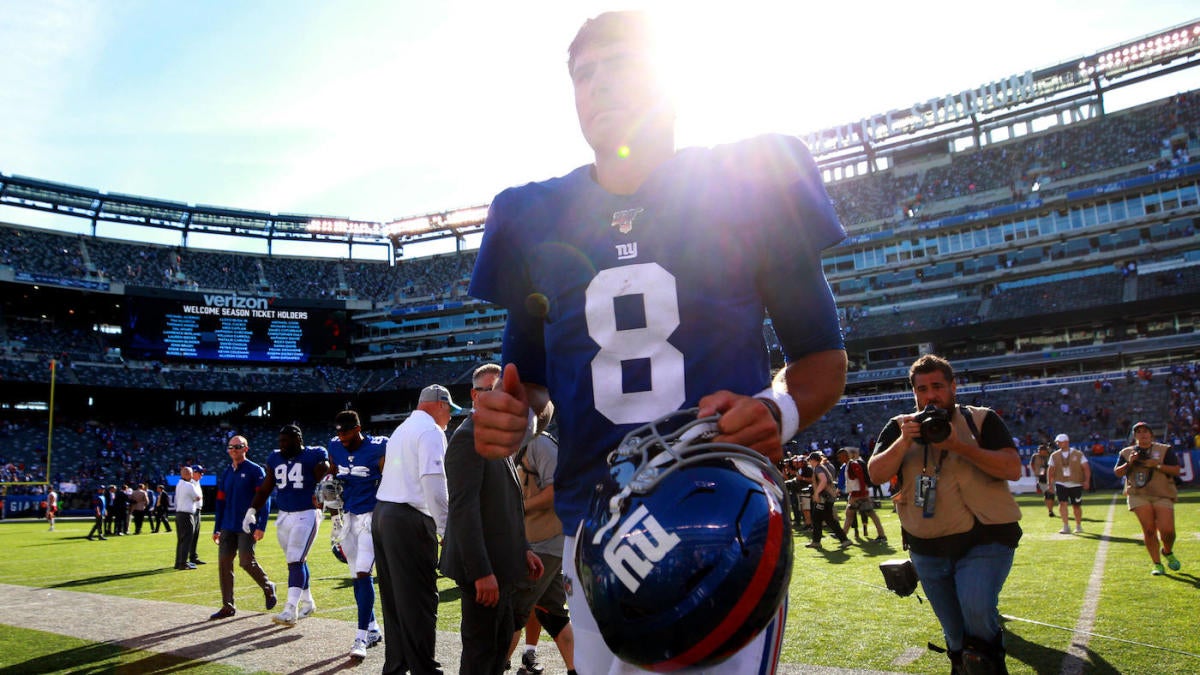 Rookie quarterback Daniel Jones has quickly emerged into a fan favorite for the New York Giants. The much-maligned No. 6 overall pick has won both of his first two starts after being inserted into the lineup following the Giants’ slow start. He has accounted for five total touchdowns over the past two weeks, and has found success even without two of the Giants’ top offensive weapons. In Week 5, he gets one of them back.

According to Adam Schefter, the Giants have activated wide receiver Golden Tate and released wide receivers Bennie Fowler and T.J. Jones. While the dumping of these wideouts, especially Fowler, surprised many, there’s no doubt that the Giants got better with Tate now on the active roster. Tate was suspended for the first four games of the 2019 season for violating the league’s performance enhancing substances policy. The former Pro Bowl wideout appealed the suspension, but the NFL refused to budge.

Tate recorded just 30 receptions for 278 yards and one touchdown during his eight games with the Philadelphia Eagles in 2018, but he put up three 1,000-yard seasons during his four-and-a-half seasons with the Detroit Lions. The 31-year-old was brought in to try to replace some of the production that Odell Beckham Jr. brought to this offense. While his recent stats may not scream elite NFL wideout, there’s two reasons to expect he will find success in New York.

Jones was nearly perfect in passes under 10 yards last week against the Washington Redskins. While he threw one touchdown as opposed to two interceptions, he completed 74.2% of his passes and was effective as a game manager in the 24-3 win.

Tate has been known as a home-run hitter in the past, but is also efficient on short routes which utilize his quickness. Pat Shurmur’s offense is predicated on those short passes — getting the ball into the hands of playmakers as quickly as possible to let them work. The Giants targeted Tate in free agency for this reason.

Even at his age, Tate should find success quickly in New York. In turn, we should expect to see Jones’ stats and on-field play improve as well.