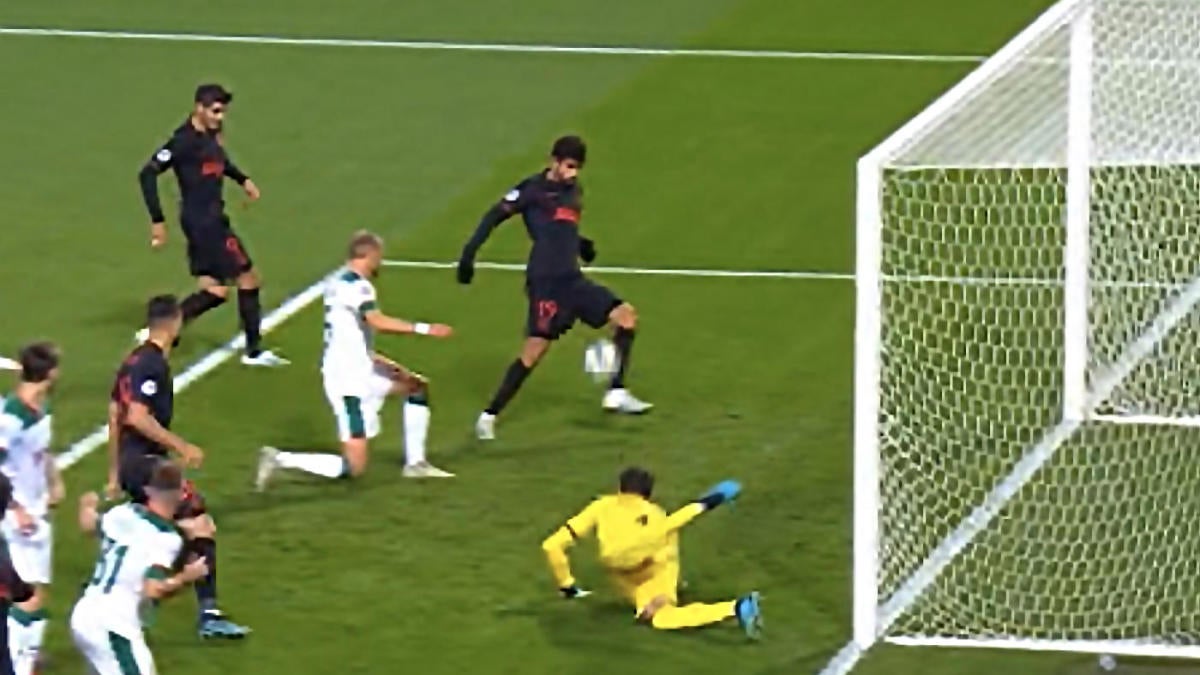 It’s the chance strikers crave, and it’s also the one they will never comprehend how they could have possibly missed. Atletico Madrid striker Diego Costa had a golden opportunity to open the scoring against Lokomotiv Moscow on Tuesday in the Champions League. The former Chelsea striker was near the back post on a corner, and the ball fell right to him with the goalkeeper way out of position.

Costa tried to tap it from point-blank range, but instead he did this.

The ball was a bit raised, he got under it too much and he somehow managed to sky it over the frame. Just look at this face after he made contact. He knew what he had just done.

It’s one of those chances that looks easy, but it’s easier said than done. Every big-time striker misses one like that every now and again. Cristiano Ronaldo has missed them before, Lionel Messi as well. It’s harder to miss it than to make it, but it happens.

He’ll get another chance like that at some point, and chances are he’ll put it away. If not, it might be time for a new pair of boots.