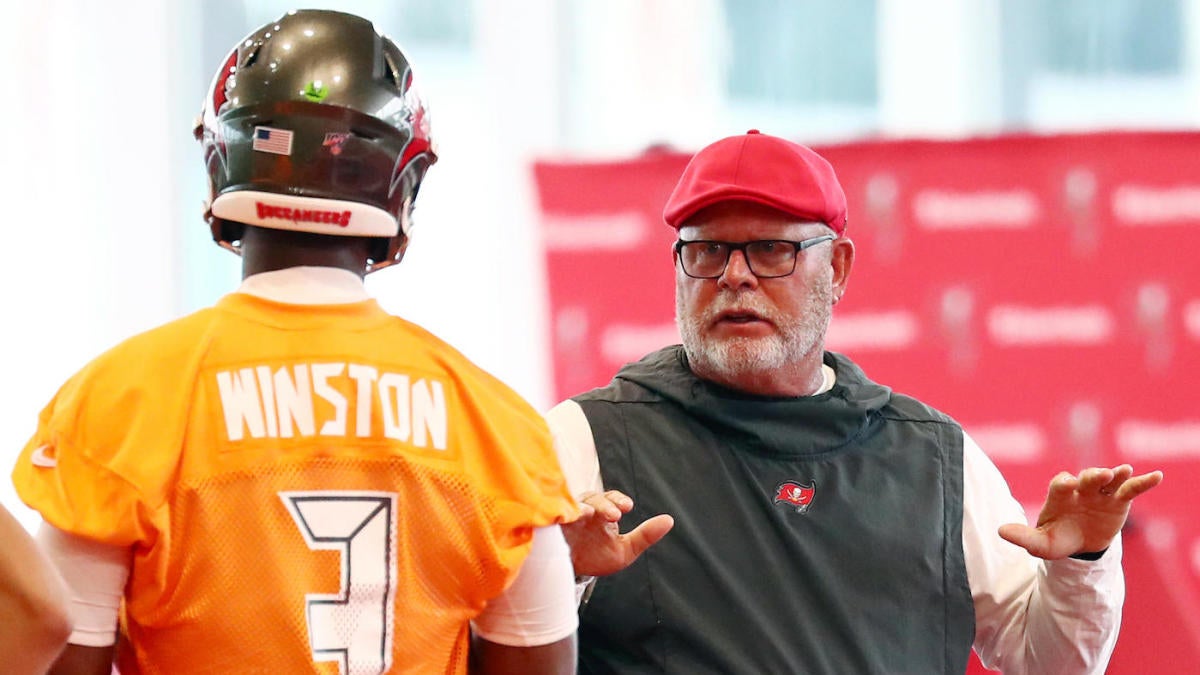 The Tampa Bay Buccaneers gave us one of the biggest surprises of Week 4, as they defeated the defending NFC Champion Los Angeles Rams at home, 55-40.

Those 55 points were the most scored in a single game in franchise history, and quarterback Jameis Winston put together one of the best performances of his career, throwing for 385 yards, four touchdowns and one interception. This came against what was considered one of the best defensive units in the NFL a season ago — one that took part in the lowest scoring Super Bowl in NFL history last year.

After a disappointing performance in the season opener, Winston has gotten better with each week. In Week 3, he also had a 380-yard performance and threw for three touchdowns. Buccaneers head coach Bruce Arians is encouraged with what he’s seen out of Winston, and thinks that he deserves more credit for what he’s done so far in 2019.

“He is just growing in the offense,” Arians said of Winston, via the Tampa Bay Times. “I don’t know if anybody’s played better the last three weeks than he has.”

The former No. 1 overall pick has not lived up to expectations through his first four NFL seasons, and it’s a big reason why the Buccaneers decided to bring in Arians, who is considered a quarterback whisperer. Arians has helped develop four Pro Bowl quarterbacks — Peyton Manning, Andrew Luck, Ben Roethlisberger and Carson Palmer. Tampa Bay wants him to do the same with Winston.

While the 25-year-old is still working on learning this new offense and growing as a leader, Arians wants Winston to embrace those challenges and let the ball fly. That’s what quarterbacks are paid to do.

“You have to play fearless, and that’s one of my biggest messages to Jameis,” Arians said. “Throw it. Don’t worry about it, just throw it.”

Winston and the Buccaneers are currently sitting in second place in the NFC South, with the first-place New Orleans Saints next up on the docket. If they beat the 3-1 Saints, the Buccaneers will then own first place in the division. Keep an eye on Arians and this new-look Buccaneers squad.