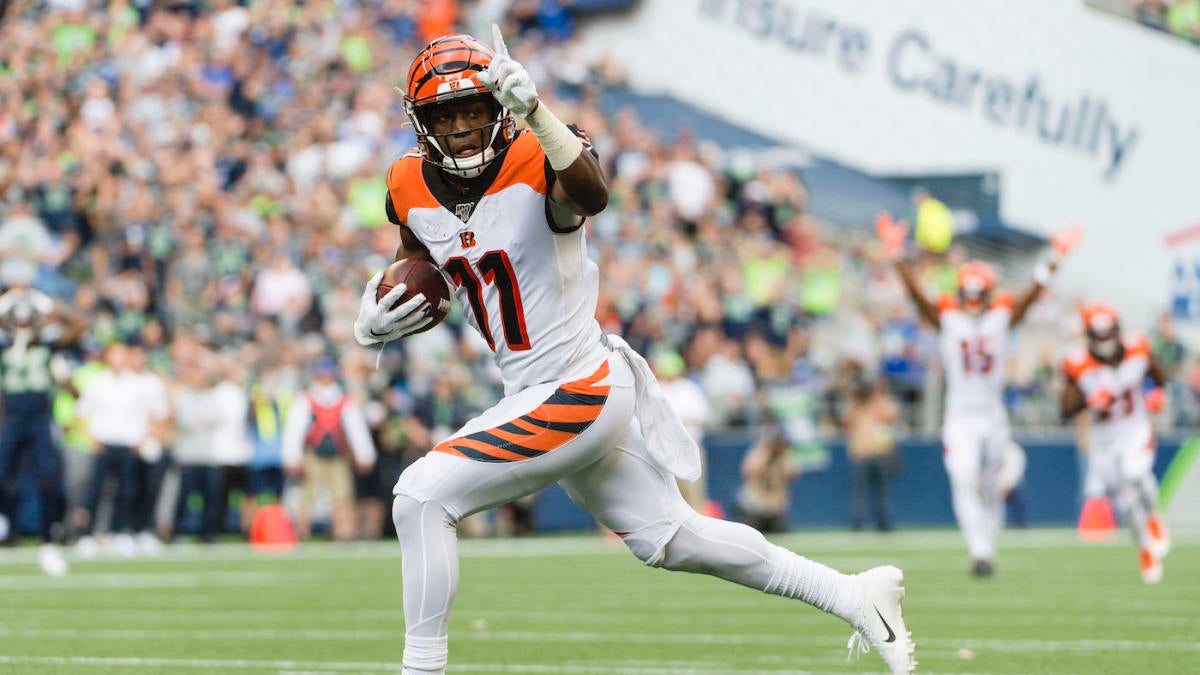 Things just went from bad to worse for the Cincinnati Bengals‘ offense.

According to Mike Garafolo, Bengals wide receiver John Ross is expected to miss multiple games due to a shoulder injury he suffered during Monday night’s 27-3 loss Cincinnati suffered against the Pittsburgh Steelers. Garafolo reports that he could miss a month or so.

Late in the game, Ross was thrown to the ground by cornerback Joe Haden after making a catch. He would exit the matchup and not return, finishing with three catches for 36 yards on the night.

Ross is arguably the only bright spot on a Bengals offense that has failed to score more than 20 points in a single game four weeks through the 2019 season. He had a huge performance in the season opener against the Seattle Seahawks, he had seven catches for 158 yards and two touchdowns. He followed up that game with four catches for 112 yards and a touchdown against the San Francisco 49ers.

The former No. 9 overall pick fell off after that, however, making just five catches for 58 yards the following two weeks.

Through four games, Ross already has more receiving yards than he has posted in each of the past two seasons. He failed to record a catch in the three games he was active during his rookie season, and then had 21 receptions for 210 yards and seven touchdowns in 2018. Zac Taylor’s offense is still a work in progress, but Ross is the one who has benefitted the most from it so far.

The Bengals are also missing star wideout A.J. Green, who still has yet to play in a game this season. Green went down with an ankle injury in July. An initial X-ray showed no signs of fracture, but he did suffer torn ligaments that required a clean-up procedure. The original thought was that Green would miss the entire preseason, but soon that timeline drifted into the regular season.

Cincinnati will now rely even more on Tyler Boyd and Auden Tate to carry the load offensively. Boyd had 10 catches for 122 yards in Week 2, but was held to just 33 yards on Monday night. Tate had six catches for 88 yards in Week 3, and led the Bengals in receiving with four catches for 50 yards against the Steelers.