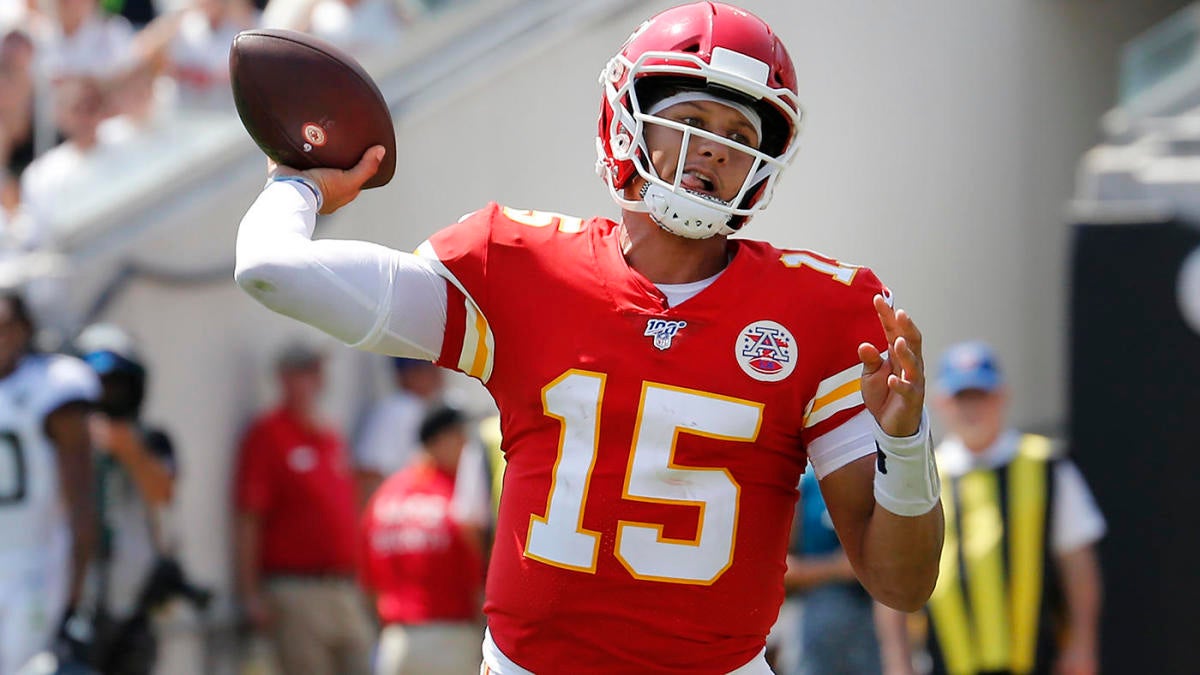 Patrick Mahomes didn’t score a single touchdown in the Kansas City Chiefs‘ Week 4 win over the Detroit Lions, but Las Vegas oddsmakers are more confident than ever that the third-year signal-caller will repeat as NFL MVP in 2019.

After a quarter of the season, Mahomes remains the favorite to capture the league’s top award, and his odds are now worse than even money at 10-11 after opening at 4-1, according to the Westgate SuperBook’s latest lines. Not only does that mean it’s becoming harder and harder to win big money by wagering on the Chiefs’ gunslinger, but it means Mahomes now has a monumental lead over the next-best candidates for MVP, per Westgate.

A year after topping 5,000 passing yards and 50 touchdowns in his first full season as a starter, Mahomes leads the NFL in yards through the air entering Week 4 with 1,510 — a total that puts him on pace for an NFL-record 6,040. He’s also thrown 10 touchdowns, tied for most in the league, and zero interceptions for a 120.4 passer rating, the best among active starters outside of the Jacksonville Jaguars‘ Nick Foles, whose MVP odds have been wiped from Wesgate’s lines as a result of his being sidelined with a broken collarbone. As if his numbers weren’t enough, Mahomes has also captained a 4-0 Chiefs team that looks well on its way to another AFC title run.

Here’s how the rest of Westgate’s top 10 MVP candidates shake out after four games:

Of those behind Mahomes, Jackson and McCaffrey might have the most feasible road to stealing MVP honors — mainly because they are dual threats with lots of production in more than one area of the game. Jackson is tied with Mahomes with 10 TD passes but also has 238 yards and a score on the ground for the Baltimore Ravens. McCaffrey, meanwhile, has totaled more than 600 yards from scrimmage for the Carolina Panthers, putting him on pace for an astounding 2,500 yards on the season. Wilson is completing almost 73 percent of his passes for the Seattle Seahawks and has yet to throw a pick. Wentz is tied for second in the NFL with nine TD passes. Cook and Chubb rank second and fourth in the NFL in rushing, respectively, and are both averaging more than five yards per carry with a combined nine scores on the ground.