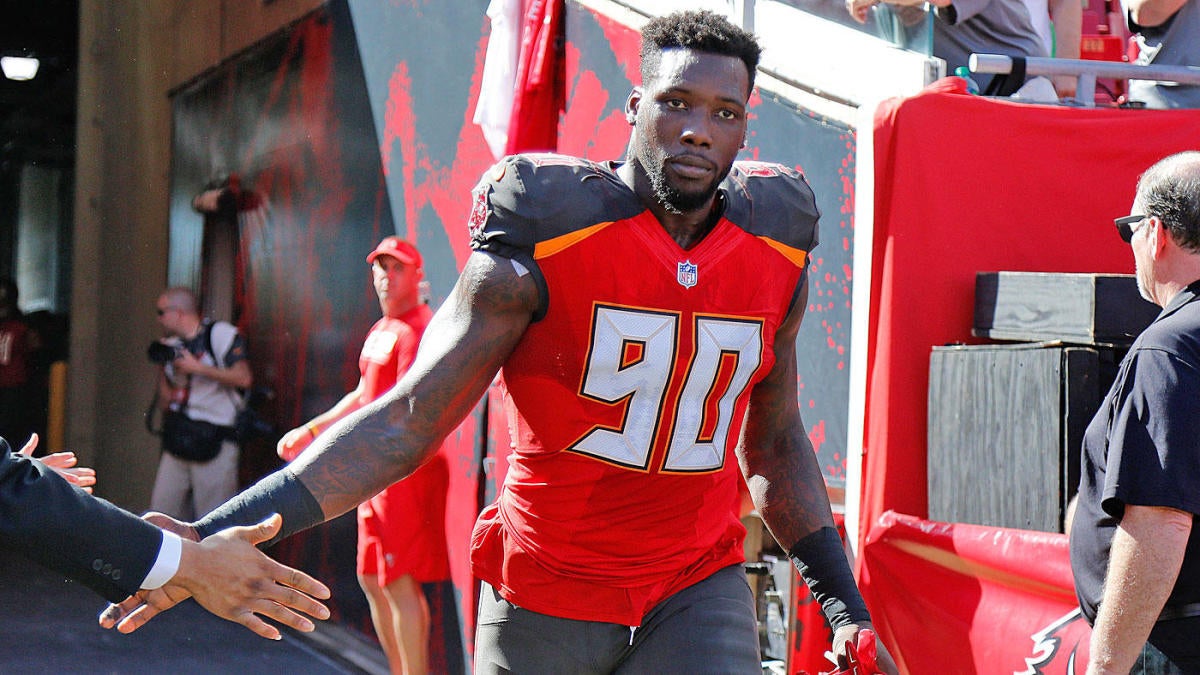 It appears the Tampa Bay Buccaneers and Jason Pierre-Paul have worked on a few things while he’s been relegated to the non-football injury list this season. The veteran pass rusher was involved in a car accident in May that jeopardized his entire season after he suffered a fractured vertebra in his neck as a result of it, but opted against having surgery and instead is allowing it to heal on its own.

Cleared for football activities in August, Pierre-Paul is currently on track for a potential return in the second half of the season, and can return to practice after Week 6. In the meantime, he’s reportedly agreed to restructure his contract in way that not only makes him a free agent after 2019 — per Field Yates of ESPN — but also gives the Buccaneers much needed cap relief. He was acquired in 2018 via trade with the New York Giants and with a contract that wasn’t due to expire until after the 2020 season, and he was due upwards of $28 million over the next two years.

That is no longer the case, however, as the new deal also boosts the Buccaneers cap space from around $2.8 million to a more comfortable $7.2 million cushion.

It’s key to note just how much this benefits Pierre-Paul as well, and not just by way of his newfound ability to test the free agency waters in a few months. NFL teams are not required to pay players who are on the NFI list, and his mandatory six-week absence at a weekly salary of $802,941 amounts to a sum of $4.82 million in lost wages. This means, assuming he’s ready to return after Week 6, he’d earn $8.83 million in 2019 — at best.

Now, however, he’s mathematically in position to recover some of those lost wages, and then look for a new home on his own terms in the offseason.

This isn’t the first time Pierre-Paul has had to battle back from injury to prove he’s still an impact player. In July 2015, he was involved in a fireworks accident that disfigured his right hand. He’d undergo surgery that included amputation of a finger and returned to participate in eight games that year for the Giants, but obviously wasn’t in prime form en route to landing just one sack over the remainder of the season. He’d undergo a second hand surgery that would allow him to do away with the massive club in exchange for a more comfortable glove, and delivered seven sacks in 12 starts in 2016.

Despite ratcheting up that number to 8.5 the next season for the Giants, they opted to send him to the Buccaneers in 2018, where he racked up 12.5 sacks on the year — second-most in his career and the most since his 2014 season. If the 30-year-old two-time Pro Bowler can return in 2019 and prove he still has the same juice from a season ago, he’ll certainly have suitors.