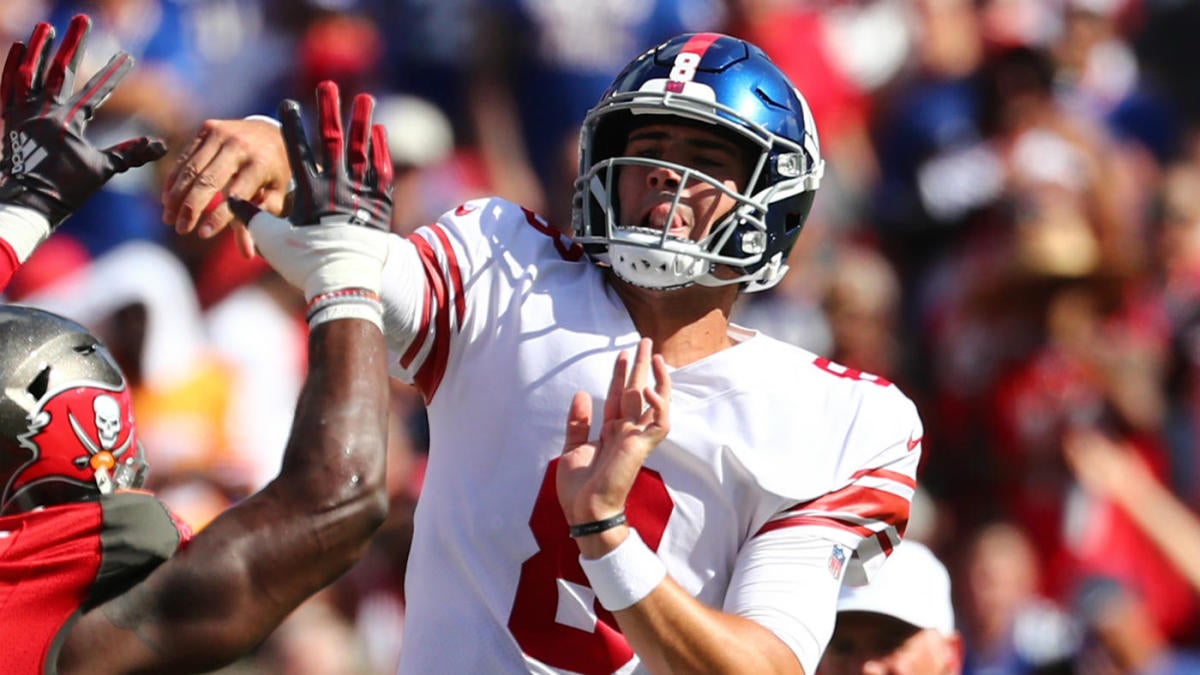 It’s the third NFL Sunday of the 2019 season, and we’re keeping you updated on all the action and biggest storylines throughout the day, so check back often to find everything you need to know about Week 3.

You can watch the replays, including in condensed and all-22 formats, with NFL Game Pass.

Kyle Allen is a touchdown machine

No Cam? No problem. The Carolina Panthers offense is being led by quarterback Kyle Allen this week against the Arizona Cardinals and he is finding the end zone with no problem. Allen threw his fourth touchdown of the game to Greg Olsen to go up 35-20.

Minkah Fitzpatrick looks comfortable in the first game with his new team. It is not even halftime, but the Pittsburgh Steelers already have three turnovers on defense. Fitzpatrick forced the fumble that was recovered by linebacker Devin Bush.

Fitzpatrick also had an interception as part of a huge first half with his new team.

Take it in, Giants fans. Daniel Jones is making his first NFL career start as the Giants move on from the Eli Manning era, and Jones is already making noise on offense. Jones rushed seven yards for a touchdown on second-and-goal to give the 0-2 Giants their first TD of the game.

Jones added a pair of passing touchdowns after halftime to keep the Giants in the game.

The Buffalo Bills are still undefeated. Yes, it has only been three games, but the Bills are impressing with their play so far. They secured the 3-0 record in the final seconds of the game against the Cincinnati Bengals. Tre’Davious White got his second pick of the game to keep the score at 21-17 in their home opener.

Lamar Jackson laughs in the face of dangerous throws under pressure. The Baltimore Ravens quarterback escaped the rush and tossed it to the far side of the field in tight coverage, but still managed to connect with Willie Snead IV for a first down and then some.

Patrick Mahomes found LeSean McCoy, who took it to the house to put the Kansas City Chiefs up 17 points against the Baltimore Ravens. Both teams enter the game at the top of the AFC with a 2-0 record, but the reigning NFL MVP is showing why he is worthy of said title.

The Buffalo Bills are looking to keep their record perfect, but the Cincinnati Bengals are keeping it close at New Era Field. Bengals quarterback Andy Dalton kept it himself on first-and-goal on the 1-yard line to put the Bengals within seven in the fourth quarter.

The Minnesota Vikings are continuing to dominate the Oakland Raiders thanks extra effort from Alexander Mattison. The running back leapt into the end zone to make it a 31-7 game.

Things are not going as planned for New York Jets quarterback Luke Falk who is making his first career NFL start against the New England Patriots. Devin McCourty comes up with his third pick in three games against the Jets third-stringer to continue the shutout at Gillette Stadium.

Kansas City Chiefs wide receiver Mecole Hardman showed off his speed going 83 yards to the house against the Baltimore Ravens. Quarterback Patrick Mahomes connected with the wide open receiver, who sped past the opposing defense to put the Chiefs up 20-6.

The Oakland Raiders offense capitalizes on a trick play and gets on the board against the Minnesota Vikings. Quarterback Derek Carr hands it off to Marcus McWilson who tosses it back to the QB, who connects with JJ Nelson Sr. for the score.

Jamal Aganew with a 100-yard return

The Detriot Lions started off with a statement on special teams when Jamal Aganew returned the Philadelphia Eagles kickoff for 100 yards and a touchdown. Thanks to his speed and blocks from teammates, Aganew was able to take it all the way and give the Lions their first score of the game.