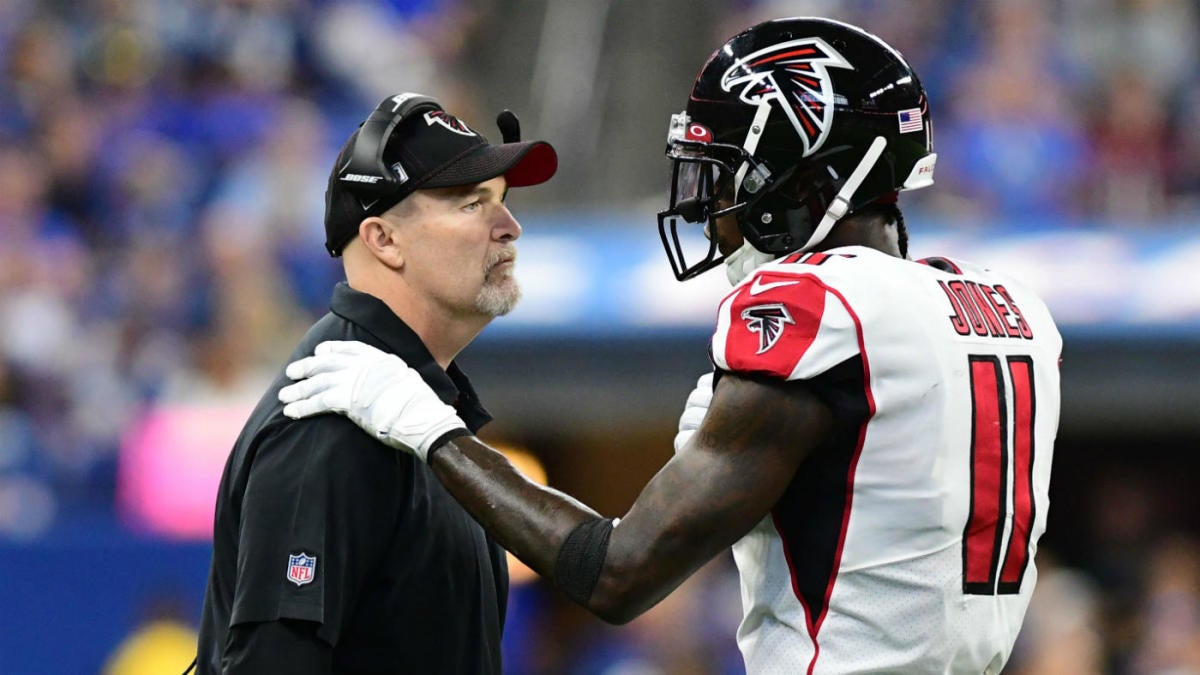 Something is up with the Atlanta Falcons.

For the second time in three weeks they basically failed to show up for the first half of a football game. Their quarterback, he of the $90-plus million in guarantees, keeps turning the ball over. They have 223 yards rushing as a team through three weeks. Their defense cannot get a stop when they need one.

With the coaching staff entering the season under fire, needing to bounce back from a lost 2018 that was attributed to injuries more than anything else, well, it’s fair to call September uninspiring at best thus far. Atlanta’s defense has been run over in the ground game far too often, they have seemed like the less physical football team too often and they are starting slow to a season once again.

Yes, they had two pristine second-half drives to make a game of it in Indianapolis Sunday, but that was only after Matt Ryan threw his sixth pick of the season and the Colts marched up and down the field and led, 20-3, at halftime. The Falcons couldn’t come all the way back, cutting things to three at one point, and the Colts could have scored again late but chose to run out the clock – yet again, with the Falcons needing a stop, none came.

Here’s what the Colts offense did to them in the first half on four possessions:

Yeah, two drives over 90 yards in the first half alone. Jacoby Brissett completed his first 16 passes and barely had to break a sweat doing it. Julio Jones‘ frustration boiled over at times. And, as I posited several times this offseason, expecting a Dirk Koetter/Matt Ryan reunion to be transformational was folly. We will never see this offense look like it did in the second season Kyle Shanahan called plays there … and it might be quite some time before the Falcons get back to the Super Bowl after blowing it to the Pats in 2017.

They are 17-18 since losing that heartbreaking game, they’re on their third offensive coordinator and head coach Dan Quinn already took over the defense. There isn’t much more shuffling to do. The cosmetic stuff has already happened. At some point owner Arthur Blank’s patience will run out, and if these uneven performances continue then that day is coming in early 2020, at the latest.

I’d suggest a quick turnaround, because the second half of the season looks like a chore. From Week 7-14 the Falcons face the Rams, Seahawks, then after a bye, play divisional games five weeks in a row, including twice with the Saints and Panthers.

Kudos to the Packers for another win, but, man, I come away thinking the same thing every week. They are creating early turnovers at an unsustainable rate, which is allowing the offense to feast off its script of early plays … then things bog down exponentially and everything looks like a struggle and Aaron Rodgers is not putting teams away as we’ve come to expect.

I guess what I’m saying is I’m really interested to see how this looks when they play a team that can actually throw the football and make things happen quickly downfield. So far it’s been the Bears, Vikings and Broncos who have displayed no vertical thrust at all in 2019. I’m interested to see what kind of adjustments the Packers can make on both sides of the ball.

Surprised the Ravens, against a defense allowing six yards per carry, did not attack the Chiefs with more heavy formations early and show the intent to grind it out in the first half like they did in the second. That, coupled with a strange decision to go for two when down nine points, plus two penalties that extended dying Chiefs’ drives, ended up costing them big at Arrowhead.

Patrick Mahomes doesn’t look quite right to me, especially in the first quarter of games where it seems like it takes a while before his ankle – which was banged up in Week 1 – settles down. Not that it matters. Put him down for 5000 yards and 45 touchdowns and all of the ridiculous speed they added at receivers makes Tyreek Hill, truly, expendable. It’s like they don’t even miss him at all. Speed, and the system, still kill.