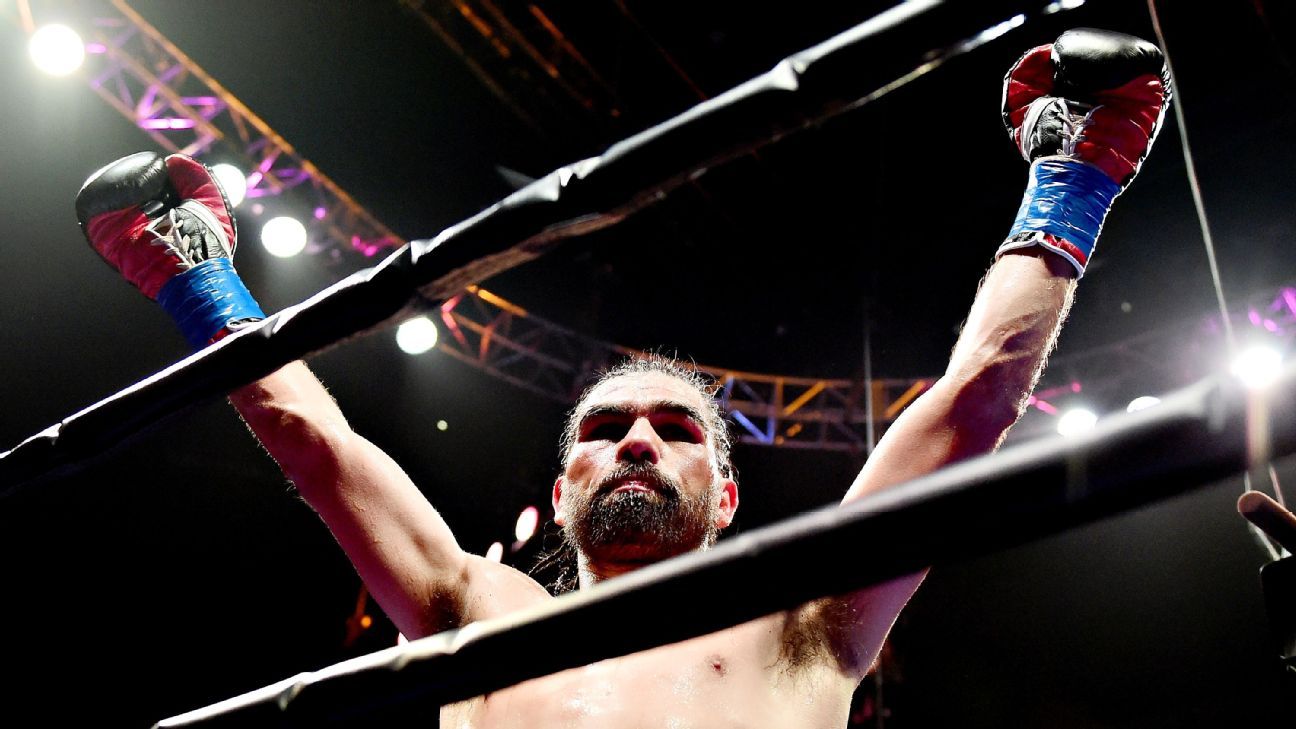 Super middleweights Alfredo Angulo and “Kid Chocolate” Peter Quillin are both in the twilight of their nearly 15-year pro careers, but each still possesses enormous heart and determination.

Both of those attributes were on full display as they waged a ferocious all-action battle that Angulo won by split decision in a candidate for fight of the year in the main event of a Premier Boxing Champions card on Saturday night at Rabobank Arena in Bakersfield, California.

Two judges scored the fight for the more aggressive and heavier hitting “El Perro” (“The Dog”) Angulo, 97-93 and 96-94, and one judge had it 96-94 for Quillin. He landed many more punches than Angulo, but they did not result in the kind of damage Angulo inflicted with his more eye-catching blows.

Angulo (26-7, 21 KOs), 37, of Mexico, came into the fight just 3-5 in his last eight bouts since 2013, but he was able to catch Quillin repeatedly with clean head shots — right hands and left hooks — that wobbled him several times.

Although Angulo has not been a factor in the title hunt since back-to-back 10th-round knockout losses at junior middleweight to Canelo Alvarez (2014) and Erislandy Lara (2013), he has won two fights in a row and believes he is finding his old groove now that he is training with Abel Sanchez.

“I felt great in there tonight and my trainer Abel Sanchez helped me a tremendous amount,” Angulo said. “I haven’t felt this good in years, and now I showed in the ring tonight that my passion for fighting is still there. I hope to continue as it is what I do for me, my family and the fans.”

Angulo pressed the action from the outset, but even though Quillin was landing more punches, Angulo’s shots were harder. Quillin had his best success when he fired jabs and kept Angulo on the outside, but he could not hold off the relentless Angulo from powering toward him and doing damage.

In the fourth round, Angulo landed a massive right hand to Quillin’s chin that badly hurt him. It was surprising Quillin remained on his feet even though he appeared unsteady.

The sixth round was filled with action as Angulo continued to march forward and wing power punches. He caught Quillin with a tremendous left hook on the chin that rocked Quillin and had him on the verge of going down. Angulo landed many hard shots though Quillin somehow survived and landed a few hard punches of his own against the slower and more stationary Angulo.

Quillin landed a powerful right hand that shook Angulo in the seventh round, but Angulo once again landed a big left hook that again rocked Quillin. He also had the unsteady Quillin in trouble in the eighth round.

Angulo was relentless in the ninth round and finally landed a huge right hand late in the round that once again hurt Quillin, who again appeared on the verge of going. He made it to the final bell and plopped down on his stool and looked exhausted.

He showed energy in the 10th round when they slugged it out yet again as the crowd cheered but Quillin couldn’t land a fight-changing punch.

“This is hard to swallow right now, so I will be thinking about what I am going to do next,” Quillin said. “I didn’t feel myself in there but thought I boxed and moved, landed my shots and fought the best I had in me tonight. I know I didn’t execute the way my corner wanted me to either. Wasn’t the outcome I was expecting but that’s boxing I guess.”

In the co-feature, hot junior lightweight prospect “Prime Time” Chris Colbert (13-0, 5 KOs), 22, of Brooklyn, New York, scored a candidate for knockout of the year when he obliterated former world title challenger Miguel Beltran Jr. (33-8, 22 KOs), 30, of Mexico, in the first round of their scheduled 10-round bout.

Colbert and Beltran, who is trained by former world titlist Brian Viloria, were feeling each other out in the opening round when out of nowhere Colbert blinded him with a left jab and then hammered him with a clean overhand right near the ear that knocked Beltran down face first and out cold in the center of the ring. Referee Marcos Rosales immediately waved off the fight at 2 minutes, 57 seconds. Beltran was down for a few minutes before coming around and leaving the ring under his own power.

“I knew I could knock him out early if I landed the right hand,” Colbert said. “I watched him fight Rocky Martinez (for a world title in 2012) and he kept getting caught with that punch. I worked on it in camp and I told my corner earlier I was going to do the same thing.”

“He was a good fighter but I think my preparation and experience gave me the edge,” Dulorme said. “I actually felt I was going to get a knockdown earlier than I did but I was happy it came even if it was in the 10th. I am happy I am back in the win column and will continue my career with another opportunity as soon as it comes.”

Dulorme, who came into the fight 0-1-1 in his previous two fights and in dire need of a win, got it in impressive fashion. He pressured Williams throughout the fight and landed many clean punches, including a flush left hook to the chin to drop Williams without about a minute to go in the final round. Williams beat the count but Dulorme finished the fight battering Williams after the knockdown.

“I didn’t feel myself in there,” Williams said. “What can I say? It was my first loss and I’m disappointed.”

Dulorme fought the final three rounds with a nasty gash over his left eye after suffering a cut in the eighth round from an accidental head butt.

The fight was Williams’ fourth since a tragic 2015 victory in which opponent Prichard Colon, then an undefeated prospect, suffered a severe brain injury in their bout, spent months in a coma and remains unable to care for himself.