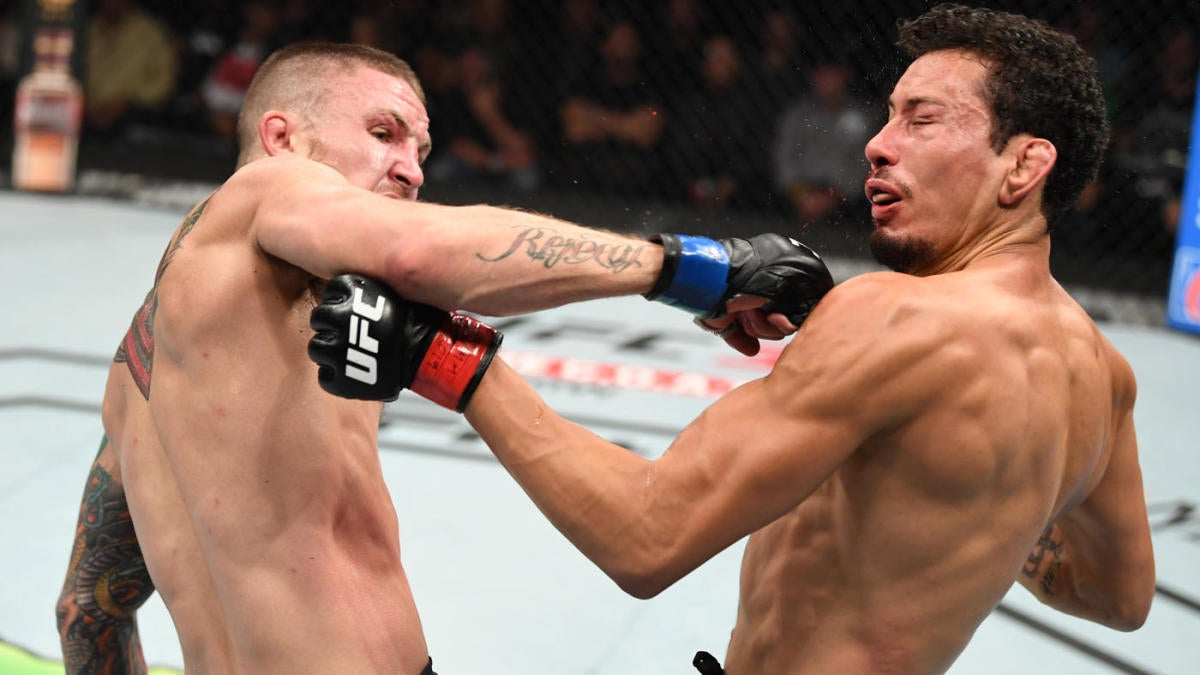 Steven Peterson is a fighter who is always looking to keep things exciting, and a bit of dynamic offense at UFC Fight Night 159 will have his name in the Knockout of the Year discussion over the final months of 2019.

Peterson took out Martin Bravo in a wild finish that saw him slip under a Bravo spinning backfist before uncorking one of his own. The strike landed with a sickening crack and left Bravo crumpled on the canvas at the 1:31 mark of Round 2. The win snapped a two-fight losing skid for Peterson.

Speaking to MMA Junkie before the event, Peterson said he’d “never be in a boring fight” when asked if he’d rather get a guaranteed win in a boring fight or lose in a potential Fight of the Night. Lucky for Peterson, it seems a lock he’ll be leaving this card with both the win and an extra $50,000 performance bonus.