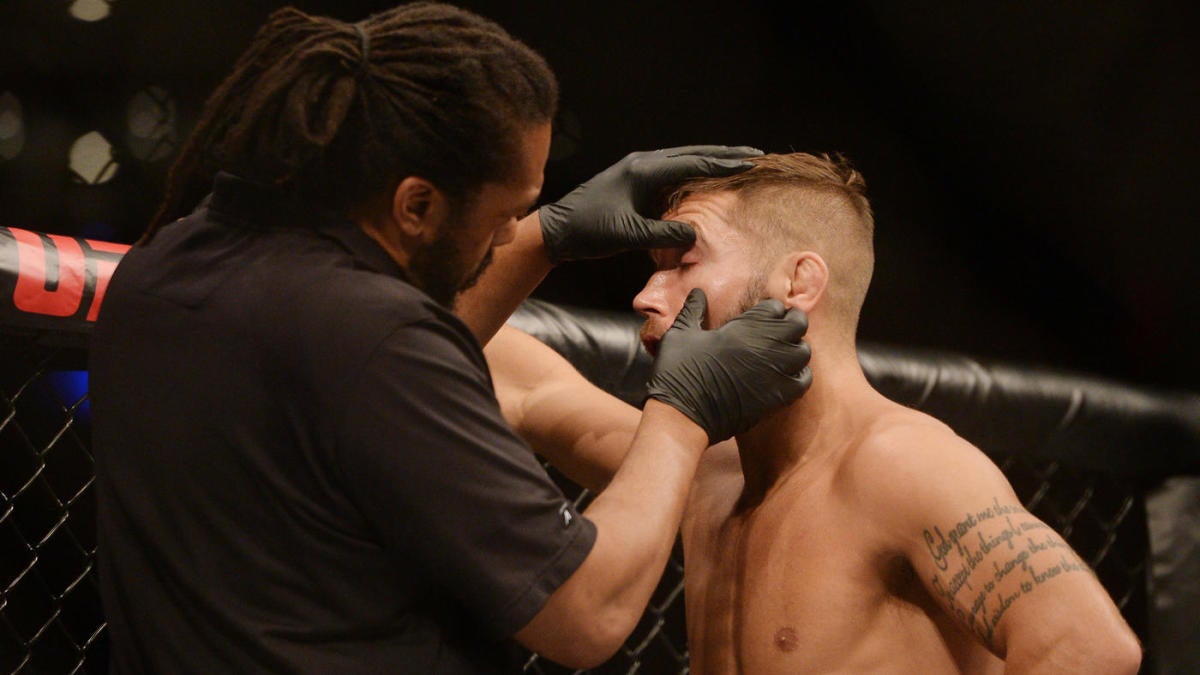 The main event of UFC Fight Night 159 was a highly anticipated featherweight showdown between grizzled vet Jeremy Stephens and up-and-comer Yair Rodriguez. Unfortunately, 15 seconds after the fight began, it was all over.

Rodriguez pawed after a missed strike and a finger accidentally found its way into Stephens’ eye. Referee Herb Dean stopped the fight to allow Stephens the opportunity to recover for the full allowed five minutes. With the ringside physician checking Stephens’ eye, Dean continually said he would allow the full time before making a final call.

After five minutes, the ultra-tough Stephens still could not open his eye and Dean was forced to call off the fight, ruling it a no contest.

A disappointed crowd in Mexico City began to throw garbage and ice cubes into the cage before things were calmed down and Rodriguez was given a chance to speak to his hometown fans.

“I apologize a great deal,” Rodriguez said through an interpreter following the fight. “We both trained very hard for this. Everyone spent a lot of money to come down and support us. Jeremy, I feel very bad about this, let’s do it again.”

When asked if he wanted to fight Stephens in his next outing, Rodriguez seemed open to almost any challenge.

“It doesn’t matter who I fight as long as it’s the top,” Rodriguez said. “I’m ready to do this again. Viva Mexico.”

Stephens told his team after the fight that he felt an enormous amount of pressure on his eye after the poke, an amount of pressure he’s never felt before. The veteran was still unable to open his eye when he made it back to the locker room and will be heading to an emergency ophthalmologist, according to ESPN.