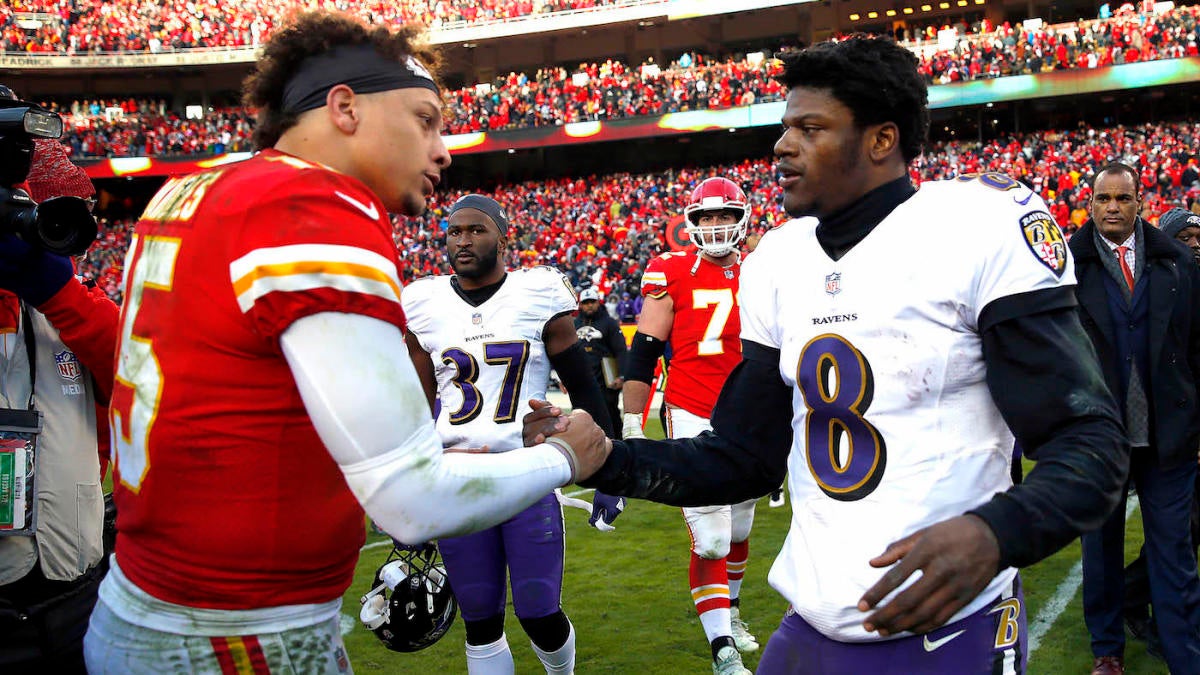 The marquee matchup for Week 3 of the 2019 NFL season features the Baltimore Ravens and Kansas City Chiefs. It’s a highly-anticipated game, and for good reason. Both teams are 2-0, both feature explosive offenses and both quarterbacks, Patrick Mahomes and Lamar Jackson, are the early favorites to win the MVP award.

This could be the beginning of a rivalry, one that could dominate the NFL in the near future. At least, that’s what Ravens defensive coordinator Don “Wink” Martindale believes.

“Just as an NFL fan, as a fantasy owner, if you will, the NFL is in good hands with these young quarterbacks,” Martindale said Thursday, via ESPN. “And I think you’re going to see two great quarterbacks in this game. We might be seeing the next [Tom] Brady-[Peyton] Manning matchup, [Muhammad] Ali-[Joe] Frazier, Magic [Johnson]-[Larry] Bird. You don’t know, but the excitement of it [is undeniable].”

Mahomes needs no introduction. The reigning NFL MVP threw for 5,097 yards, 50 touchdowns and just 12 interceptions last year as he led the Chiefs to the AFC Championship game. So far this season, he has thrown for 821 yards, seven touchdowns and no interceptions.

Jackson is the other star in this budding rivalry. After Joe Flacco went down an injury in Week 9 last year, Jackson took over as the starter and kept the job after winning six of his first seven starts and an AFC North title in his rookie season. He already appears to have taken his game to another level this year, and threw for 324 yards and five touchdowns in the 59-10 win over the Miami Dolphins in the season opener. Through the first two games, Jackson has passed for 596 yards, seven touchdowns and zero interceptions.

The NFL as a whole has evolved over the last decade, and the rivalries have as well. The Tom Brady-Peyton Manning rivalry was so memorable because they were two of the best quarterbacks in the NFL who almost regularly met each other in the postseason. Both were pocket passers who thrived as field generals, but the Mahomes-Jackson rivalry should look a lot different.

Both are mobile quarterbacks who rely on their versatility to make plays. Mahomes lit up social media last year with his no-look tosses he threw on the run, while Jackson’s feet make him a dual-threat weapon who could be compared to Michael Vick as his arm continues to develop. Both are two of the up-and-coming star signal callers in the NFL, and their teams are bound to make the postseason again this season. Who knows, maybe this won’t be the only time the two face off this season.