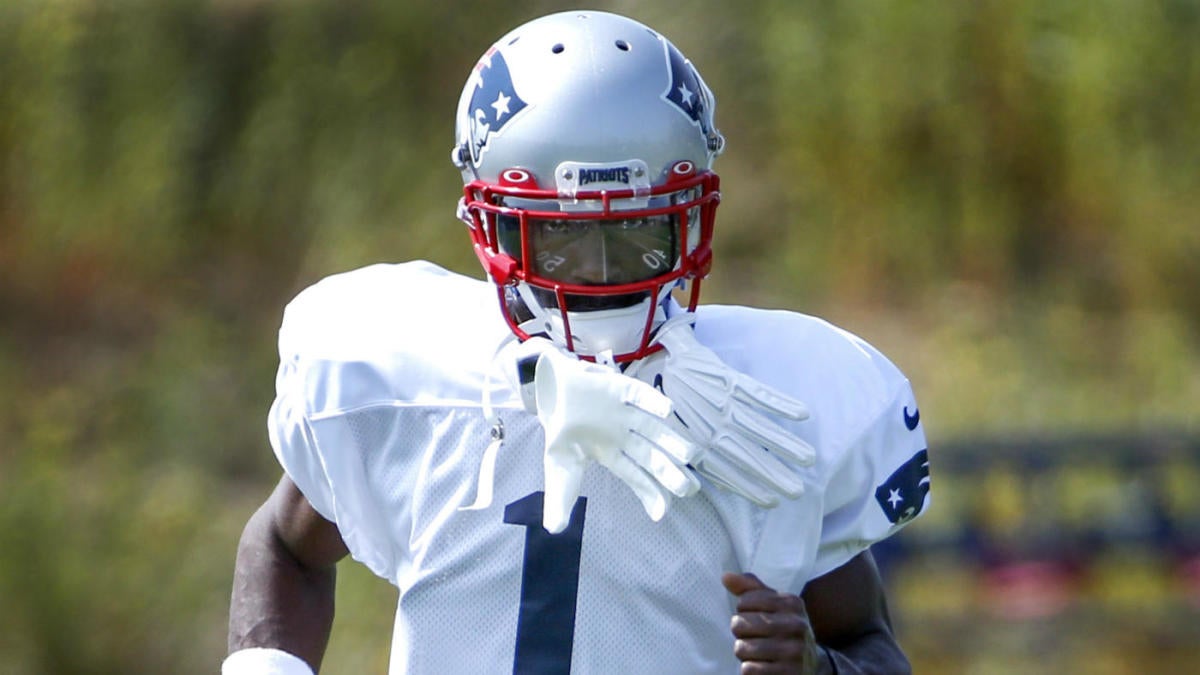 The New England Patriots are heading to Miami as massive favorites this weekend, but no one cares about the point spread or how the game will play out — the only thing being talked about is Antonio Brown and the newly-signed star wide receiver’s status for Sunday, in the wake of a civil lawsuit filed against him alleging sexual assault and rape.

Why wouldn’t the NFL do this?

There are a couple of reasons, but the primary one involves a lack of actual evidence. Yes, there are allegations made in a civil lawsuit. Yes, those allegations are heinous in nature. But they are just allegations. And there is no proof of evidence required to make a civil claim like the one made against Antonio Brown. Anyone can file a civil lawsuit.

So to take away Brown’s earning potential this week — he would still receive his game check but by not playing his ability to earn incentives that could net him $4.5 million in total would be harmed — when the NFL is investigating a potential first-time domestic violence violation would not necessarily fit within the scope of the exempt list and, additionally, would also be opening up a serious Pandora’s box for future situations.

To be clear: the Commissioner’s Exempt List grants Roger Goodell a VERY broad range of powers with which to decide who goes on there.

This is not always the case. Former Giants kicker Josh Brown and currently suspended Browns running back Kareem Hunt — then with the Chiefs — have both been placed on the list without actual charges filed against them. In Brown’s case, he had already served a one-game suspension for domestic violence, but new evidence emerged, causing the NFL to re-open its investigation. For Hunt, there was pretty clear video evidence of him acting in a violent way in a hotel.

Redskins linebacker Reuben Foster has also been on the commissioner’s exempt list. He was placed on the exempt list by the league office, released by the 49ers and claimed by Washington, in an incident that clearly highlights at least one of the issues with how the list operates.

But in the case of Brown, there is no visual evidence and there are no criminal charges. “Lack of credibility” is a phrase that can be used here — not in a pejorative manner and not to diminish the claims of the alleged victim in anyway whatsoever, but to simply note that any he-said/she-said situation inherently involves a lack of credibility on both sides. When two people claim different sides of the story in a case like this, with no previous police report (that we have been made aware of), there is a distinct lack of evidence and a distinct lack of credibility for both parties.

This doesn’t mean Brown can’t be placed on the exempt list in the future. The Patriots wide receiver will be interviewed at some point by the league, as will his accuser. Once those interviews take place, new information could come to light and the NFL could change its stance. But that won’t happen before this weekend.

What this means for Brown on Sunday is the onus likely falls on the Patriots to decide whether or not the wide receiver plays and how much.

In my mind, there is a fairly simple solution here for all parties: make Brown inactive and reduce the incentive bonuses in his contract on a pro-rated basis. He was set to play 15 games for the Patriots, so take the bonuses and reduce them by 1/15th, meaning Brown now has 14 games to achieve equally manageable bonuses, instead of 14 games to hit the targets initiated for a contract designed for someone playing 15 games.

Making him inactive would mean Brown still gets his game check, but it would reduce the awkwardness of putting him on the field with the lawsuit hanging over his head and over the Patriots.

Bill Belichick may not do that. He may believe a week’s time won’t matter in terms of settling the lawsuit. And he may simply do what he said he would do — what he believes is “what’s best for the team.” Don’t be surprised if Brown has a reduced roll in a game the Patriots may very well win running away, as 18.5-point road favorites. But certainly don’t be surprised if he’s on the field come Sunday.

As hockey fans, we all love the relatively unknown, so-called, scrappy player. Whenever he is on the ice, he may not show up on the box score consistently, but you just know he’s making a difference every night he is in the lineup. For the Colorado Avalanche, that player is Logan O’Connor. Related: Grant Fuhr’s […]

The post Logan O’Connor Is the Gritty Player the Avalanche Need appeared first on The Hockey Writers.

Why Scottie Scheffler may actually be the best golfer in the...