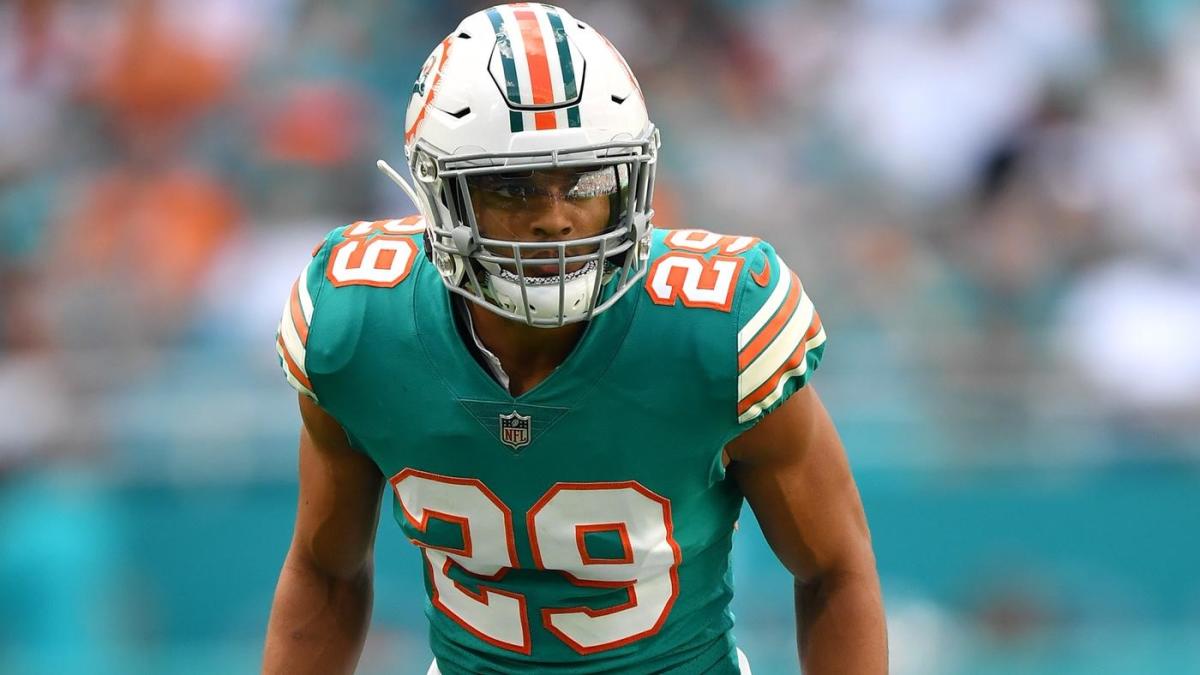 The Miami Dolphins have been through a hectic week, starting with a 49-point loss to the Baltimore Ravens and ending with multiple players wishing to find a way out of Miami as the team is in a clear rebuilding mode. The first name (publicly) willing to seek a trade is 2018 first-round pick Minkah Fitzpatrick, whom the Dolphins reportedly granted permission to find a new team. Trade talks haven’t progressed yet, as far as we’re aware, but five teams stand out as the clear-cut most logical fits for the 2018 first-round draft pick.

Even though Fitzpatrick appears to be on his way out of Miami after just 17 games, one of his teammates doesn’t believe he’s quitting on the Dolphins. Safety Bobby McCain isn’t questioning Fitzpatrick’s heart as he seeks a new team to play for.

“Minkah (Fitzpatrick) loves football. Minkah loves football, so I know he is going to be all-in. I would never question that,” McCain said to reporters Friday. “At the end of the day, there is a business end of football, and then there is football. We know that unfortunately, this business is a crazy business; but if that is what you’ve got to get done, you’ve got to get things done.

“You also – he knows, and we all know, regardless of everything that’s going on, everything that people want to blow out of proportion, just going out and getting the job done and winning, that will calm things down for sure.”

McCain is one of the many Dolphins players that are just focusing on New England and not all the outside noise that has been going on during the week. Fitzpatrick isn’t letting the trade reports get to him either.

“I’m focused on the New England Patriots. (It will be a) great game (against a) great team this Sunday, so that’s all I’m focused on,” Fitzpatrick said. “I’m a big part of this week’s game plan, so I’m going to go out there and give my all to this team, because I am a Miami Dolphin. Like I said, (I am) going to do my best to make sure I play my best, perform my best. That’s all I’m focusing on right now is the New England Patriots.”

McCain wouldn’t comment on players looking to leave the Dolphins, as that’s out of his control. His play on the field dictates his NFL future, not what other teammates decide in the locker room.

“One of my biggest things is just control what you can control. If you do that – my big homie told me that. A couple of my big homies told me that a long time ago – Louis Delmas and Reshad Jones – control what you can control, and it all will work out for you,” McCain said. “All I can control is my efforts on the field and that’s with everyone else. Control my efforts on the field and how I approach it, how I talk to people and how I lead this team. We’ll go out Sunday and put on a better performance than we did on Sunday.”