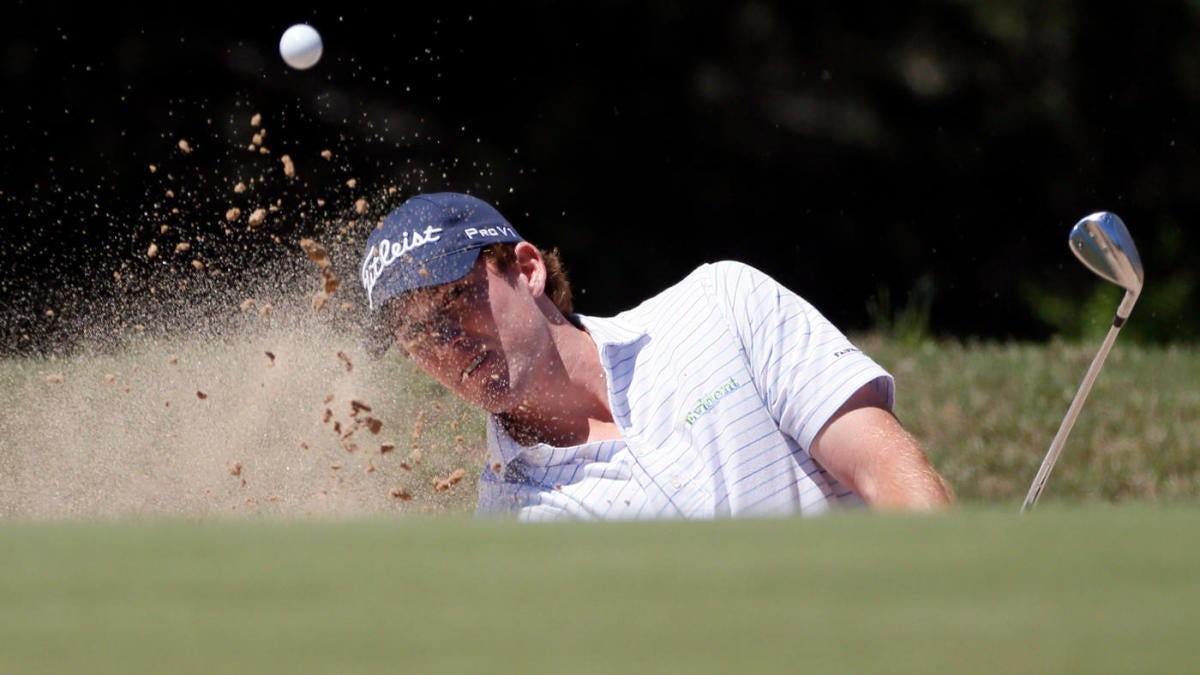 In his 17th year as a professional, the 38-year-old rookie shot a 6-under 64 on Thursday, leaving him two strokes behind first-round leader Robby Shelton in the A Military Tribute at The Greenbrier.

With all 21 tour rookies and other Korn Ferry Tour graduates in the field, the first round of the PGA Tour’s season opener in West Virginia was a chance for the new guys and journeymen to make an impression.

“I always did think I was going to get here,” Harrington said. “Even though I’m 38 years old, I feel like I’m every bit as capable of winning out here as any 22 year old. Yeah, age is just a number.”

Harrington turned pro in 2003 and played in four PGA Tour events over the next 12 years. He took time off last year to be with his wife, Jenn, who was diagnosed with Hodgkin’s lymphoma. The disease is now in remission.

He locked up his first PGA Tour card with a runner-up finish last month at a Korn Ferry event in his hometown of Portland, Oregon.

In his debut Thursday, Harrington hit just nine fairways and 12 greens in regulation but made four birdies in a five-hole stretch around the turn.

“It was a lot of fun,” Harrington said. “I’ll certainly remember this one for sure. I’ll remember it even more if I can put a few more good ones together.”

Shelton made eight starts on tour as a non-member in 2016-17. He has his tour card for the first time after winning two Korn Ferry events in May.

“I’m fired up,” Shelton said. “Last night it was tough to sleep. I’ve been waiting for this moment all season.”

Starting on the back nine on the Old White TPC, the 24-year-old Shelton made the turn at 3 under and birdied Nos. 1-3. The 8-under 62 is his lowest score on tour.

Na’s putter won last year’s tournament. On Thursday, his approach shots got him onto the first page of the leaderboard. He had four birdies over his final six holes. Three of his back-nine birdies were putts of under 10 feet.

“I have a lot of good memories here and I’m excited to be back defending,” Na said. “Nice to see my picture up on the wall and have my own defending champion locker. It’s pretty cool.”

Hubbard, who won once in 23 Korn Ferry events last season, had a bogey-free round and is looking for his first top-10 finish since joining the PGA Tour in 2015.

“Finishing 40th every week isn’t fun. Grinding to make cuts isn’t fun,” Hubbard said. “I feel like I needed to go back and get that experience and learn how to win again, and this time around I think I’ll find myself in the mix a lot more.”

Hank Lebioda birdied seven of his first 11 holes in a 67.

Bryson DeChambeau, at No. 10 the highest-ranked player in the world in the field, had a 68.

Former Marshall player Davey Jude shot 70, two months after his father and caddie, David, was among seven people killed in a helicopter accident in the Bahamas.