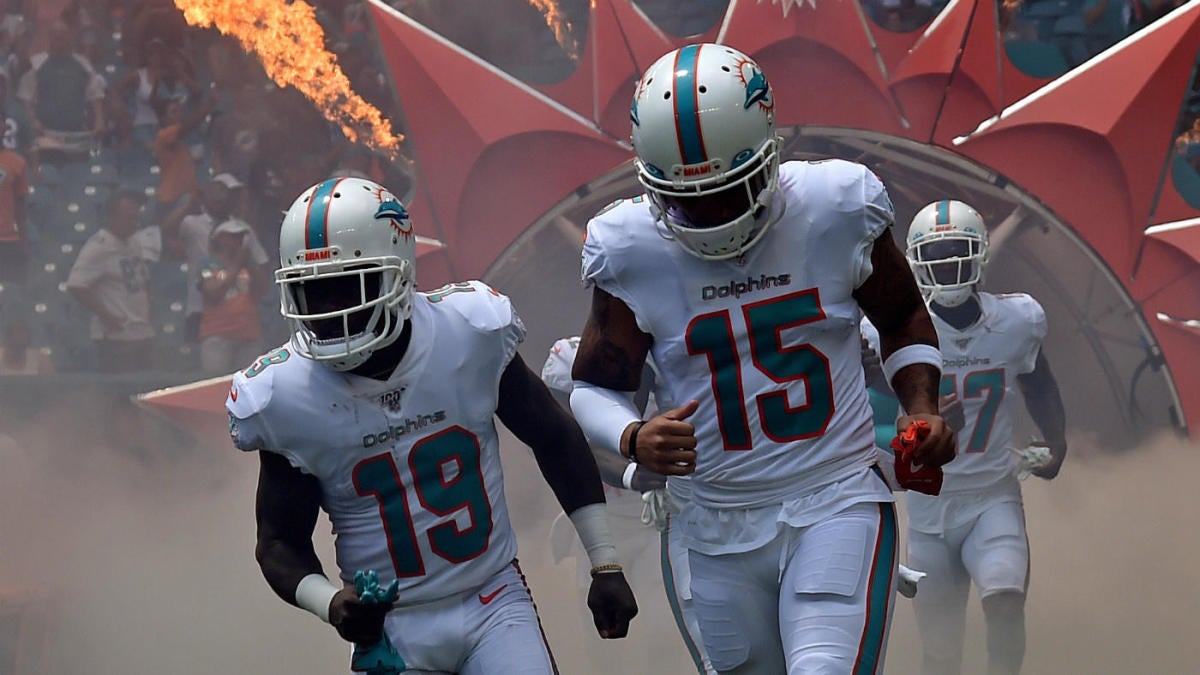 The idea of a Miami Dolphins fire sale amid mass trade demands rings pretty hollow. Because, you know, the sell-off already kinda happened. There isn’t much left to move, and the team’s intentions to absorb short-term pain for potential long-term gain has been fairly obvious for quite some time now. Also, good luck finding many players in position to execute a power play out of town.

Off the top of my head, the Dolphins either cut, traded or allowed the following players to depart via free agency: Ryan Tannehill, Laremy Tunsil, Cam Wake, Robert Quinn, Ja’wuan James, Kiko Alonso, Kenny Stills, Ted Larson, Josh Sitton, Andre Branch, Danny Amendola, Frank Gore and T.J. McDonald. And they brought in, for the most part, free agents who had very limited options elsewhere, giving them no-frills, one-year prove it deals. What am I missing here?

Were there veteran players and agents out there who identified the Dolphins as a competitive team for 2019 back when money was being spent on players in March? Signing a stop-gap QB, making a priority of shuffling off bad contracts and trying to clear the cap and budget for 2020 and beyond while stockpiling draft picks, including compensatory picks, wasn’t a fairly overt sign of organizational intent?

If there is to be a mutiny of sorts, and an uprising of Dolphins players looking to get out, I wonder who will lead it? After that drubbing in Week 1 there don’t seem to be many leading an on-field charge, and while this rebuild will clearly be ugly and will take years, plural (because that’s how it goes in this sport when you take this tact; ask the Browns), given their plight the last 20 years of always being caught between six wins or nine wins, it is also the only way, in my estimation, to get on the path of becoming a contending team for a sustained period of time.

The Dolphins have a small core of young players they believe will be a part of the turnaround, and a few younger veterans who are making significant salaries, and that’s about it. And, news flash, the dudes on their rookie deals who the Dolphins believe can play aren’t going anywhere anytime soon.

Miami has six players making more than $5 million this season: the quarterback (Ryan Fitzpatrick); their most recent first-round pick (Christian Wilkins), corner Xavien Howard (recently extended); receiver Albert Wilson (the only proven veteran left standing at that position); safety Bobby McCain (who just signed there a year ago); and veteran safety Reshad Jones. Trust me, they would love to deal Jones and his $13M salary, but there haven’t been any takers, and they’d likely have to eat a bunch of that sum to move him.

Otherwise the roster is largely comprised of players on their rookie contracts who haven’t achieved anything in the league yet and who, frankly, wouldn’t have much trade value. They aren’t really in a position to make any power plays, through their agents or otherwise. I mean, come on — it’s been obvious what’s going on there since early in the offseason, and no one should be caught off guard by it.

It’s not like they signed a bunch of 30-years olds in March to multi-year deals and then decided in August that they are going to ship out their best players and start all over. Howard, perhaps, didn’t understand the length of this rebuild when he signed a massive extension with the team in May; however, there are trade-offs in life, and he is making $15 million this season instead of the $1 million he was previously set to make. He also secured at least $28 million at the time of signing and doesn’t have to go down a road of fiscal uncertainty and perhaps multiple franchise tags and all of that.

Besides that, tell me — peruse the roster at your will — where are all the dudes in a position to be demanding (allegedly) a trade? Are there unhappy campers there? For sure. That’s how it goes with awful football teams. Are they upset with how the owner and the head coach handled the situation with Stills? Certainly. Does Brian Flores have a lot of work to do with this bunch? Damn right. Are they going to be able to grovel their way out of there? Not likely.

This is, by some accounts, the worst roster in football, one that has already been picked through and weeded out. And the Dolphins need 46 guys to put out there every Sunday. Kinda hard to send out next year’s second-round pick to play tackle for you right now.

The dirty little secret of their brutal 59-10 loss at home to the Ravens on Sunday is that the one position group where they have amassed abundant resources and money — the secondary — was abysmal. Yes, Lamar Jackson had way too much time to throw the ball at times, but Miami’s super-rich corners and safeties couldn’t make a play on guys like Marquise Brown and Miles Boykin, who were making their NFL debuts. The Dolphins have over 25 percent of their total cap allotment going to the starting secondary, and that group got absolutely gutted for four straight quarters (Ravens backup Robert Griffin III moved the ball seemingly at will as well).

Trust me, rival general managers have been in communication with the Dolphins for weeks about this roster and looking for blood in the water, and Miami has proven to be a more-than-willing trade partner under GM Chris Grier. Heck, they dealt a quality left tackle on the eve of the season (not that it should be shocking given the haul they received in return). The pieces other teams want are, basically, all gone. Maybe someone takes a shot on Jones. Maybe Fitzpatrick gets some interest to a good team that suffers a quarterback injury, with Josh Rosen in Miami already.

But I wouldn’t get my hopes up about any more blockbusters, and the Dolphins’ tear-down portion seems nearly complete. Next step is converting all of this draft capital into impact players, and those players will surely understand the breadth of the task at hand. No alarms, and no surprises.