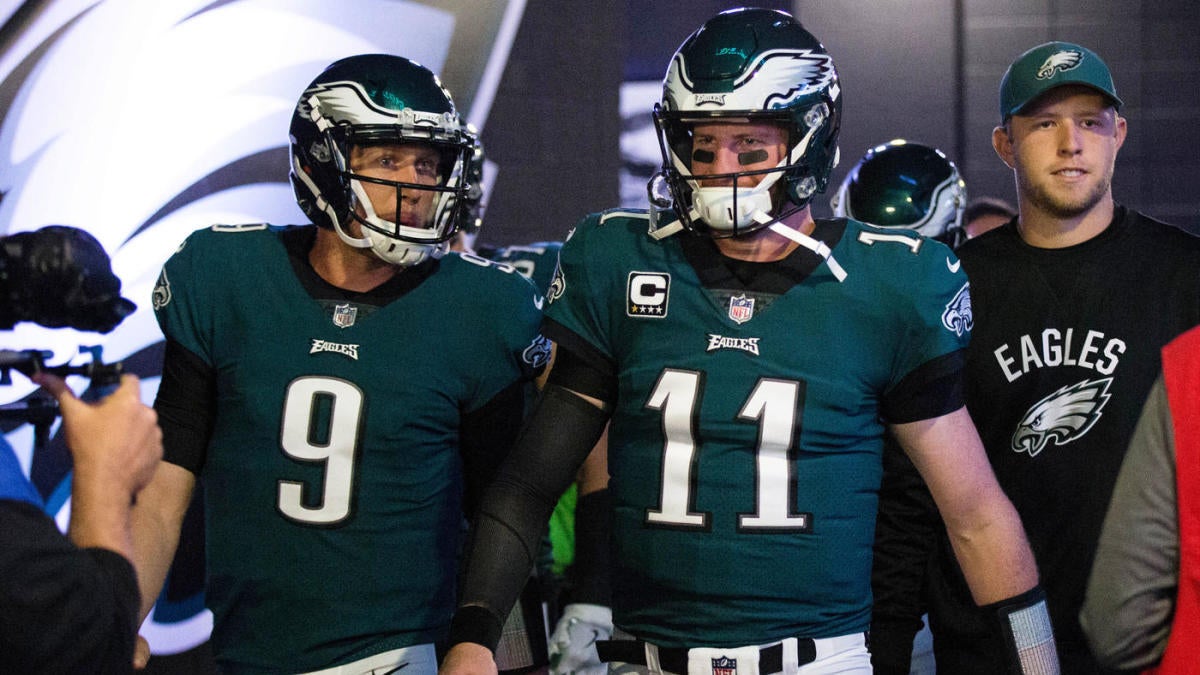 Carson Wentz and Nick Foles have maintained their friendship even though the two are no longer teammates. Foles was a veteran mentor for Wentz over the last two years with the Philadelphia Eagles, helping the team’s franchise quarterback through injury while talking the Eagles on his back to a Super Bowl and a surprising postseason run the following year.

Now it’s Wentz’s turn to offer his support to Foles. The Jaguars quarterback was placed on injured reserve after fracturing his clavicle In Jacksonville’s season opener Sunday. Foles, who suffered a similar injury with the Eagles in 2014, will require surgery but is eligible to return this season.

A devastating blow for a quarterback who was on a mission to prove he could win outside of Philadelphia.

“I love Nick to death and the competitor that he is. That’s really a bummer,” Wentz said to reporters Wednesday. “That’s what we sign up for when we play this game. I know those are things you can’t control and I know he believes that. I know he believes that God is using that for a reason. To be able to just go through it from a faith filled standpoint for him, it’s tough. I know he will handle it well.”

Wentz has learned plenty from Foles over the past two years, including how to adjust his personality with the players in the locker room. Wentz has always been wired while Foles has been cool, calm and relaxed … a trait Wentz picked up from Foles in the quarterback room together.

“He’s so laid back, he’s so relaxed,” Wentz said in May. “I’m kind of wired a little differently. I’m kind of Type A, go, go — and he’s so relaxed and I think it was a good balance for me to see him and his attitude.

“You want to work, work, work and push, push, push, and there are just times where you just need to tone it down a little bit. Going through this, but I feel good with where I am today.”

Watching Foles lead the Eagles to the Super Bowl in 2017 and to the playoffs in 2018 couldn’t have been easy for Wentz, especially when the questions arose if Foles should be the quarterback leading the franchise over Wentz.

Foles helped Wentz get through that tough time in his football career. Wentz is returning the favor to his good friend and veteran mentor.