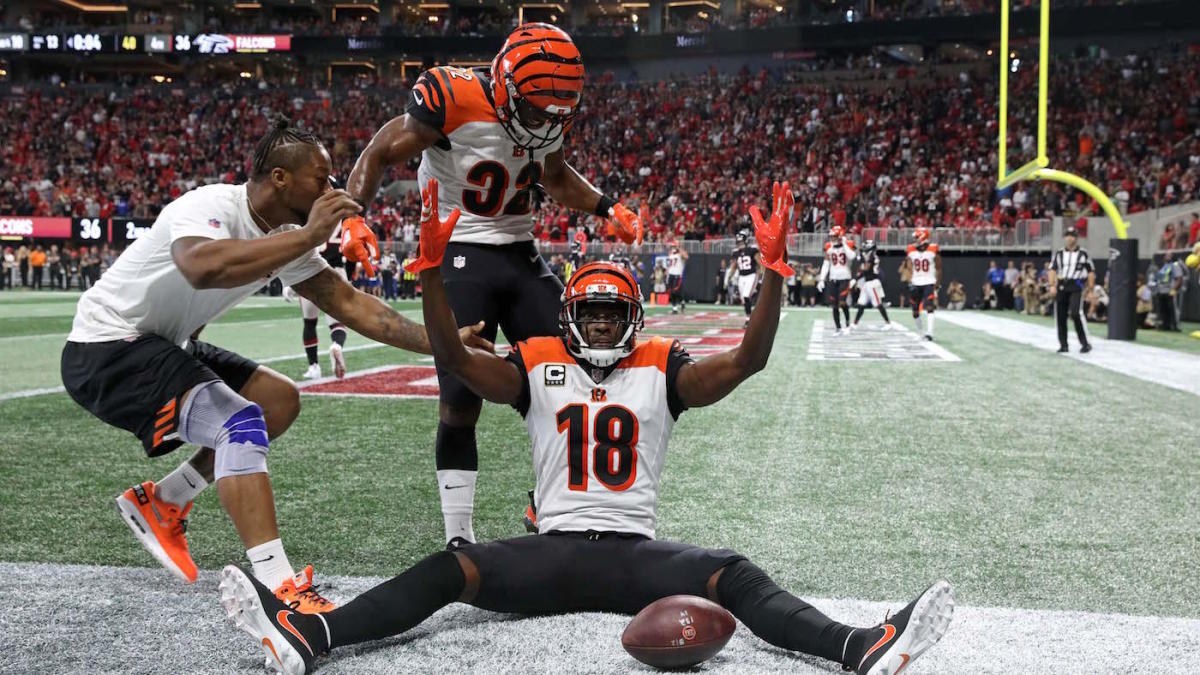 The Cincinnati Bengals weren’t considered by many to be a Super Bowl contender in 2019, and they quickly became a total afterthought once seven-time Pro Bowl wideout A.J. Green went down with an ankle injury on the first day of training camp. He’s been making progress, however, and has already shed his walking boot.

According to ESPN’s Ben Baby, Green is out of his walking boot and even ran on Tuesday without any discomfort. There’s still no timeline for his return, but this is a good development nonetheless.

After Green went down with the injury in July, an initial X-ray showed no signs of fracture, but he did suffer torn ligaments that required a clean-up procedure. The original thought was that Green would miss the entire preseason, but soon that timeline drifted into the regular season.

“There’s a good chance [Green] is going to miss a couple games,” head coach Zac Taylor said this offseason, via Brandon Saho of WLWT in Cincinnati. “It’s a little more extensive than we initially thought, but we followed the proper protocol and it’s a good thing they got in there and found that so he [can be] healthy when the time comes. I hate to put weeks on it. I don’t like to make that projection because everyone heals differently, but we’re ready for him to come back when he’s healthy and ready to go.”

On Wednesday Taylor confirmed Baby’s report, saying that while there still is no timeline for Green, the star wideout is right on schedule when it comes to his recovery.

“He’s making the progress that we expected him to make,” Taylor said.

This is just the latest positive development for Cincinnati. Despite being a nine-point underdog in the season opener against the Seattle Seahawks, the Bengals kept the contest close throughout, and even held a 17-14 halftime lead before ultimately falling 21-20.

The offense looked much improved in Taylor’s first game as a head coach. Quarterback Andy Dalton threw for 418 yards and two touchdowns, while wide receiver and former first-round pick John Ross finally had the breakout game fans have been waiting years for, recording seven catches for 158 yards and two scores.

There’s no doubt Green will make this offense even more dynamic, and his return is now something Bengals fans can see on the horizon.