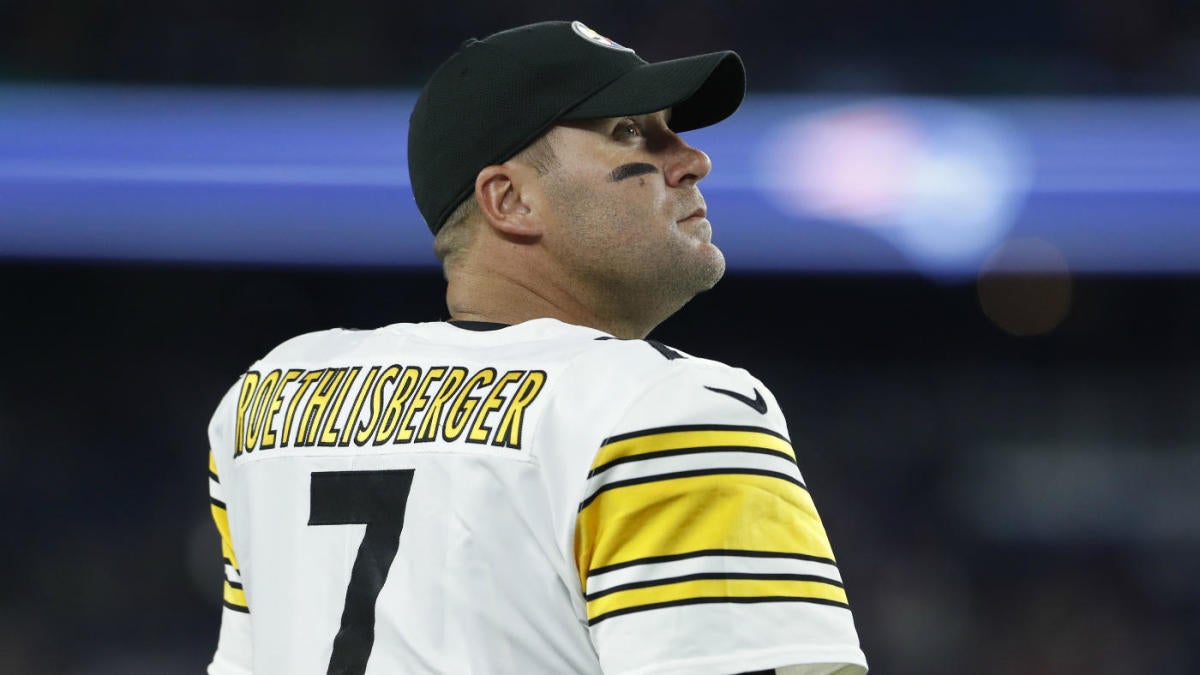 The Cleveland Browns and Pittsburgh Steelers had two of the worst opening games of the 2019 NFL season. While three fourth-quarter Baker Mayfield picks turned a tight game into a 43-13 win for the visiting Tennessee Titans, the Steelers were never competitive while turning in a 30-point loss to the New England Patriots.

One of these teams I’m predicting will rebound in Week 2, while the other will be 0-2 and in must-win mode after two just weeks.

Along with those predictions, we’ll also predict Antonio Brown’s impact during his first game as a Patriot, two old Super Bowl rematches and arguably the most underrated game heading into this weekend.

Get your daily dose of all the latest NFL news and notes on the Pick Six Podcast (Click here to subscribe, and check out Tuesday’s edition below).

Carolina nearly upset the defending champion Los Angeles Rams in Week 1 after trailing by 13 points on two different occasions. While Christian McCaffrey, who amassed over 200 all-purpose yards and two touchdowns against the Rams, should have a tougher time against a Tampa Bay defense that allowed the San Francisco 49ers to average just 3.1 yards per carry last Sunday, no one should be picking the Buccaneers to win anything until Jameis Winston (20-of-36 passing with one touchdown and three picks last week) proves that he is an above average NFL starting quarterback.

What picks can you make with confidence in Week 2? And which Super Bowl contender goes down hard? Visit SportsLine to see which NFL teams are winning more than 50 percent of simulations, all from the model that is up over $7,000 on its top-rated NFL picks.

After an impressive opening-season victory in Tampa Bay, San Francisco will now face a Bengals team that saw quarterback Andy Dalton throw for 418 yards and two scores in a one-point loss in Seattle. The Bengals, who lost two Super Bowls against the 49ers in the 1980s, get their first victory of the season against a San Francisco team that will likely be without running back Tevin Coleman, who is currently dealing with a left high ankle sprain.

While both teams squandered big leads in Week 1, the Chargers were able to hold on for a close victory over the Indianapolis Colts behind a big game by running back Austin Ekeler (154 all-purpose yards and three touchdowns). Look for Ekeler, Philip Rivers and the rest of the Chargers to outlast a Lions team that squandered a 17-point lead to the Arizona Cardinals in Week 1.

Both teams enjoyed stellar defensive performances in Week 1, with Green Bay’s defense bailing out a lackluster offense in the Packers’ season-opening win over the Chicago Bears. While Aaron Rodgers and Green Bay’s offense will have a better outing this Sunday, the Vikings will outplay the Packers on both sides of the ball while getting their second victory of the season.

Just about everyone (me included) overlooked the Titans entering their season-opener in Cleveland against the Browns. With that in mind, I’m not making this same mistake this weekend. Let’s see if the Titans can put together back-to-back winning performances while getting to 2-0 on the season. To do so, they’ll have to beat a Colts team that nearly upset the Chargers in Week 1.

It’s safe to say that the Patriots aren’t going to have the same issues in Miami on Sunday as they’ve historically had during the Bill Belichick-Tom Brady era. While maybe the Dolphins will play more inspired after allowing a whopping 59 points in their Week 1 loss to Baltimore, the Patriots, a week after dismantling the Steelers in Foxboro, will put forth another dominant effort in Miami.

Oh, Sunday’s game will also be Antonio Brown’s debut as a Patriot. While he may not have a typical “AB” game, fans should expect Brown — a Miami native — to do something memorable in his first game with Brady and the Pats. Let’s go with five grabs for 72 yards and a score for Brown, who is one of the many Patriots who will find the end zone in South Beach.

Our second way-back Super Bowl rematch is between two teams who appear to be heading in opposite directions. While the Giants put forth a listless Week 1 effort in Dallas, the Bills battled back to upset the Jets in New York. Buffalo keeps its momentum rolling against the Giants while “keeping pace” with the Pats in the AFC East race.

Seattle is coming off a surprisingly close win over the visiting Bengals in Week 1, while the Steelers are looking to rebound after getting embarrassed in Foxborough. While Russell Wilson will make it tough, Pittsburgh starts to find its new offensive identity while getting to .500 through two weeks.

Dallas’ impressive Week 1 showing has made it a considerable road favorite Sunday against a Washington team that made things close in Philadelphia last Sunday. While the Redskins will fight, their lack of offensive balance (Washington rushed for less than 30 yards against Philadelphia) will be one of the biggest reasons why the more balance Cowboys take care of business in D.C.

This game features two young quarterbacks who impressed in Week 1 in Baltimore’s Lamar Jackson and Arizona rookie Kyler Murray, who threw for 308 yards and two scores in his regular-season debut. While Murray will fight, he will be no match for a Ravens’ defense that allowed just 200 yards in their Week 1 thrashing of Miami.

The Jaguars not only surrendered 40 points to the Chiefs in their season-opener, they also lost Nick Foles for the foreseeable future after he sustained a broken clavicle. While rookie Gardner Minshew put forth an encouraging effort in relief of Foles, I don’t see Jacksonville defeating a more talented Houston team on its home turf.

The Bears are coming off a disparaging effort at home to the Packers, while new Broncos head coach Vic Fangio prepares to go against his former team. While Chicago probably has the better team, Denver has the better QB in Joe Flacco (yes, that’s an accurate statement), who wins his first home game as the Broncos’ starting quarterback.

Arguably the best game of the weekend, the Rams outlast a motivated Saints team that is out to prove that they were the NFC’s best team in 2018. They won’t make that happen on Sunday, as Los Angeles gets to 2-0 after a pair of close wins.

While the Falcons will play well in front of their home crowd, Carson Wentz (28-of-39 for 313 yards and three touchdowns last week) and the Eagles make a statement on national TV while keeping pace with the Cowboys in the AFC East chase. Philadelphia’s defense will have to step up after defensive tackle Malik Jackson sustained a “serious” foot injury on Sunday.

Sound the alarms in Cleveland: the Browns fall to 0-2 after losing to Le’Veon Bell and a Jets team that surrendered a double-digit lead to the Bills in Week 1. Bell, who enjoyed a great deal of success against the Browns during his time with the Steelers, will get his first win as a Jet while re-emerging as one of the NFL’s most versatile running backs.