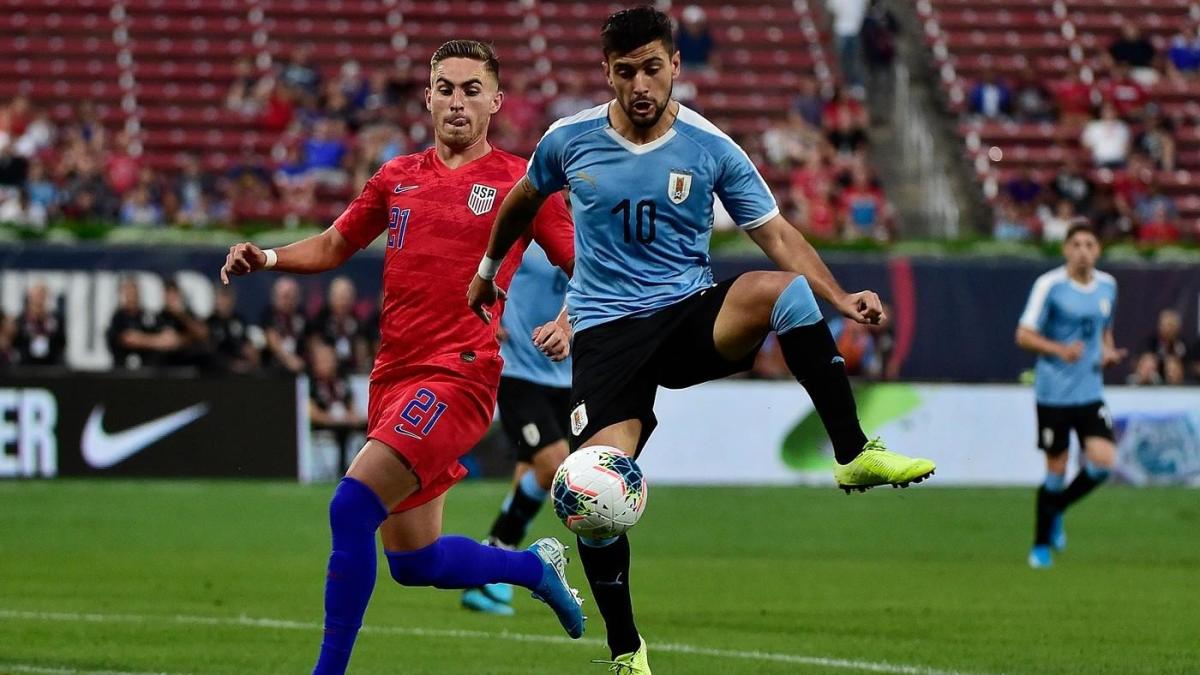 The United States men’s national team earned a 1-1 draw with Uruguay on Tuesday night in an international friendly thanks to a second-half goal from Jordan Morris. The draw at Busch Stadium in St. Louis earns the U.S. a little bit of relief after Friday’s 3-0 loss to Mexico. It was a match that featured both teams playing without arguably their three best players. The U.S. put just four of its 11 shots on frame, leaving plenty to be desired in the attack.

Gregg Berhalter’s team did not feature Christian Pulisic, Weston McKennie, John Brooks, Zack Steffen and some others as they were allowed to return to their European clubs early. Uruguay meanwhile was without star strikers Luis Suarez and Edinson Cavani, and elite defender Diego Godin due to injury.

Young midfielder Paxton Pomykal made his debut for USA late in the second half and the result gives Berhalter some more building blocks when it comes to constructing his ideal team for the CONCACAF Nations League, which begins next month, though there is still much to work on.

The U.S. did a decent job of moving the ball around to get into the attacking half, but from there it was very poor. Uruguay was unlucky not to score multiple goals, but it got just one from LAFC’s Brian Rodriguez 50 minutes in via a violent strike.

Morris, as any good attacker does, was in the right spot at the right time for his equalizer which came off of a clearance that fell right to him in front of goal 79 minute in. Take a look:

The U.S. was unfortunate to not have gotten a penalty kick at the end of the first half after a clear handball on Jose Gimenez, but in the end it’s a result that you really can’t take all that much from. Only a small amount of projected starters played in this match, and without the creativity of a player like Pulisic or McKennie, not much was expected in the final third and that’s exactly what we got.

Now, Berhalter will be tasked with scouting his players over the next few weeks and picking the ideal roster for the Cuba match on Oct. 11 in Washington D.C. to kick off its participation in the Nations League.