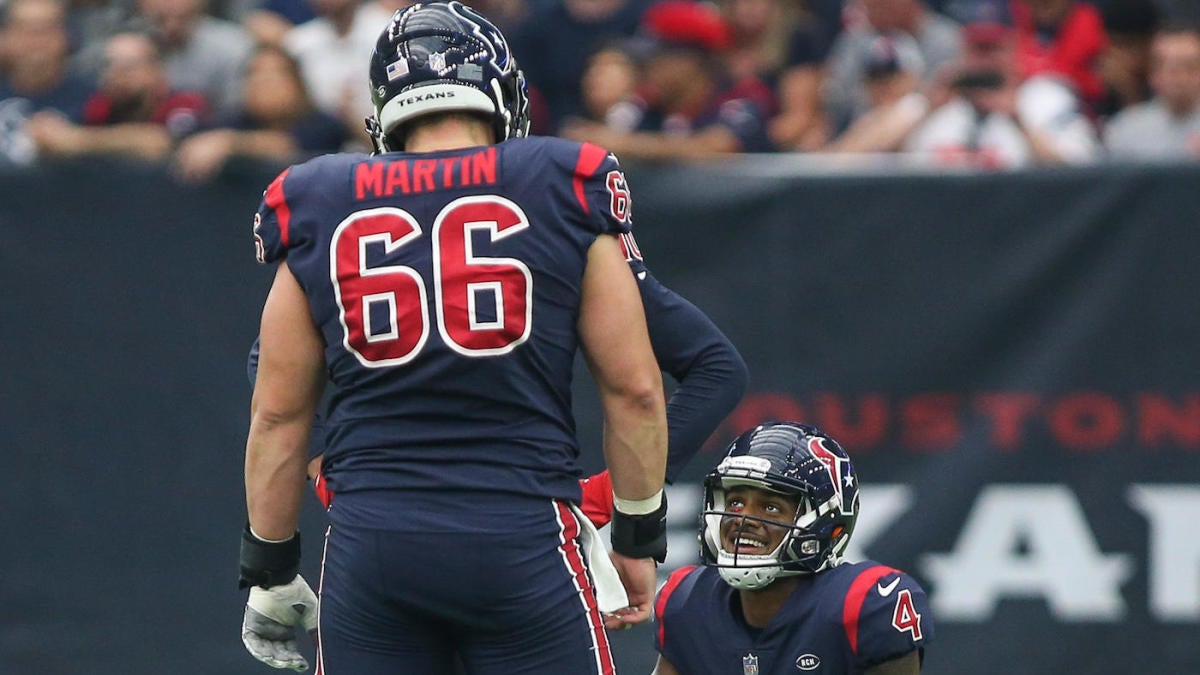 Less than 24 hours after their offensive line got overrun by the Saints‘ defensive front, allowing Deshaun Watson to get sacked six times during a 30-28 loss, the Texans handed out a lucrative contract extension to one of their five starting offensive linemen.

Given just how poorly the Texans’ offensive line played on Monday night (and all of last season), the jokes write themselves.

The Texans do know that this is Nick and not Zach?

A second-round pick in the 2016 NFL Draft, Martin has started 31 games for the Texans during his career after he missed his entire rookie season with an ankle injury. Last season, Martin graded out as the worst center in the AFC South by a wide margin, according to Pro Football Focus.

He ranked fifth. There are only four teams in the AFC South.

And here’s where it’s worth a reminder that the Texans do not have a general manager. After surprisingly firing Brian Gaine and unsuccessfully trying to steal Nick Caserio away from the Patriots, coach Bill O’Brien and former Patriots character coach Jack Easterby, the Texans’ executive vice president of team development, are essentially running the team along with Matt Bazirgan (the Texans’ director of player personnel), James Liipfert (director of college scouting), and Chris Olsen (senior vice president of football administrations). Since then, the Texans have gotten a shockingly terrible return in their Jadeveon Clowney trade, given up way too much for left tackle Laremy Tunsil in a trade with the Dolphins, and paid their underwhelming center top-center money.

With Martin signed for the long term, the future of the Texans’ offensive line is beginning to take shape. As The Athletic’s Aaron Reiss pointed out, the Texans can cut right guard Zach Fulton next season without suffering financial consequences instead of paying him his $7 million salary. Martin is locked in at center. Tunsil, who should sign a pricey extension at some point soon, is their answer at left tackle. Rookies Tytus Howard and Max Scharping are also clearly part of the team’s long-term future.

But the Texans need their offensive line to improve in the short term because at this rate it’s not clear if Watson will be able to survive a full season. After getting sacked an NFL-high 62 times last season, Watson was brought down six times by the Saints on Monday night, which puts him on pace for 96 sacks after Week 1.