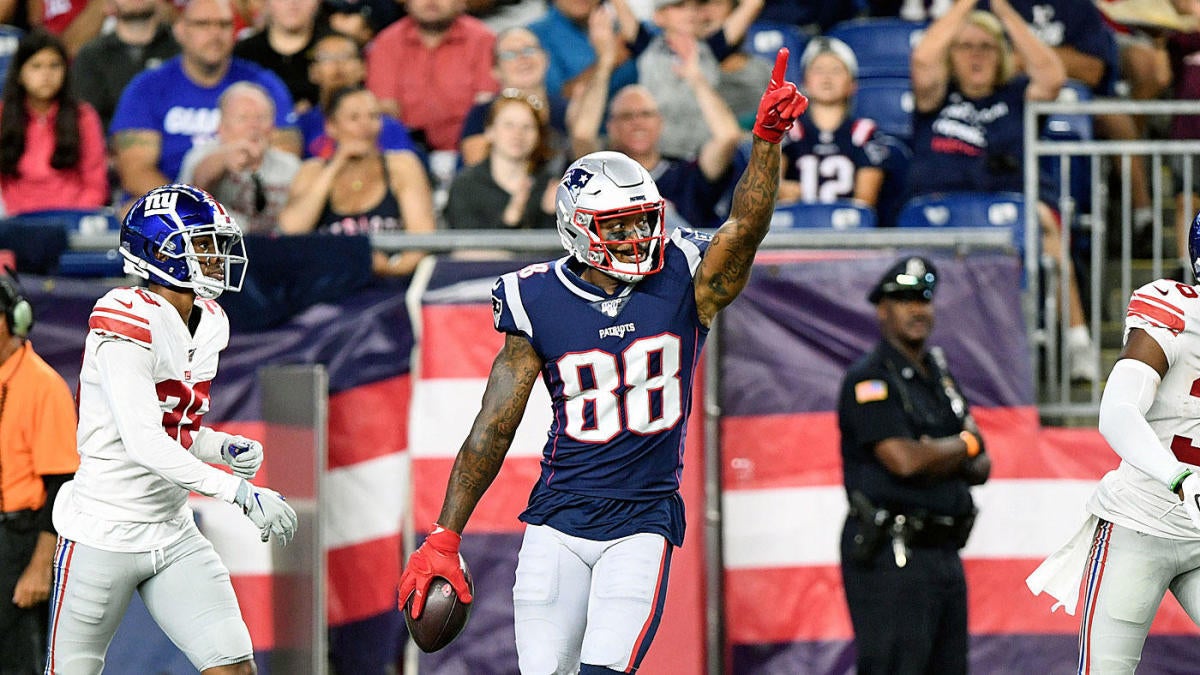 In the aftermath of their bold, but predictable decision to sign Antonio Brown following his release from the Oakland Raiders, the New England Patriots are remaking their wide receiver room on the fly — a process that now involves a rare intra-division trade. Brown is in. Veteran receiver and newcomer Demaryius Thomas is out and en route to New York to join the Jets.

According to ESPN’s Adam Schefter, the Patriots are trading Thomas to the Jets in exchange for a 2021 sixth-round pick in a move that reunites Thomas with Adam Gase — Thomas’ offensive coordinator in Denver.

Bill Belichick has now made at least one trade with every team in the NFL. The NYJ were the only ones with whom he hadn’t dealt since taking over as #Patriots HC in 2000. https://t.co/gFc82EqBHW

The Patriots trading Demaryius Thomas to the Jets is the first deal between the organizations since New England sent a package of picks, including a first-rounder, to New York in exchange for the rights to hire Bill Belichick as their head coach in 2000. pic.twitter.com/2jCRjlgwka

As Schefter noted, the Jets are Thomas’ fourth team since last year. After the Broncos traded Thomas to the Texans at last season’s trade deadline, Thomas signed with the Patriots in the offseason — and he actually got cut by the Patriots before re-signing with them two days later right before the season began. Now, three days after the Patriots signed Brown and two days after their season-opening win over the Steelers, Thomas is heading to New York to join an 0-1 team that is facing a must-win game against the Browns on Monday night.

The Patriots are obviously equipped to carry on without Thomas. They just added Brown to a receiver group that also includes the recently reinstated Josh Gordon, the always dependable Julian Edelman, Phillip Dorsett (95 yards and two touchdowns on Sunday night), N’Keal Harry (on IR, but can return) Jakobi Meyers, Gunner Olszewski, and Cameron Meredith (PUP list). They’re more than fine at receiver. The Patriots are obviously fine with sending receiver help to the Jets considering just how big the gap is between them and all three of their AFC East rivals.

In Thomas, the Jets are getting a veteran receiver who was prolific during his 8.5-year stay in Denver (9,055 yards and 60 touchdowns), but is on the downslope of his career. With the Broncos and Texans last season, Thomas caught 59 passes for 677 yards and five touchdowns, and that was before Thomas tore his Achilles at the end of the season. The concerns about his ability to be productive at this stage of his career are legitimate.

Thomas joins a receiver room that’s led by Robby Anderson, Jamison Crowder, and Quincy Enunwa. During the Jets’ season-opening loss to the Bills, after which Gase criticized his receivers, Crowder led the team with 14 catches and 99 yards, but the Jets’ passing game was mostly ineffective. Second-year quarterback Sam Darnold averaged only 4.3 yards per attempt. As a whole, Gase’s offense averaged only 3.4 yards per play against a great Bills defense.

The Jets will eventually be aided by the return of tight end Chris Herndon, who is serving a four-game suspension. Until then, Thomas could help the Jets as a possession type of receiver in the short to immediate areas of the field — areas that Gase loves to target, often times to a fault.

Thomas shined in the final week of the preseason, but was inactive for the Patriots in Week 1. It remains to be seen if he’ll be able to catch on quickly enough to dress for the Jets in Week 2, but given his familiarity with Gase’s offense, it shouldn’t be ruled out.