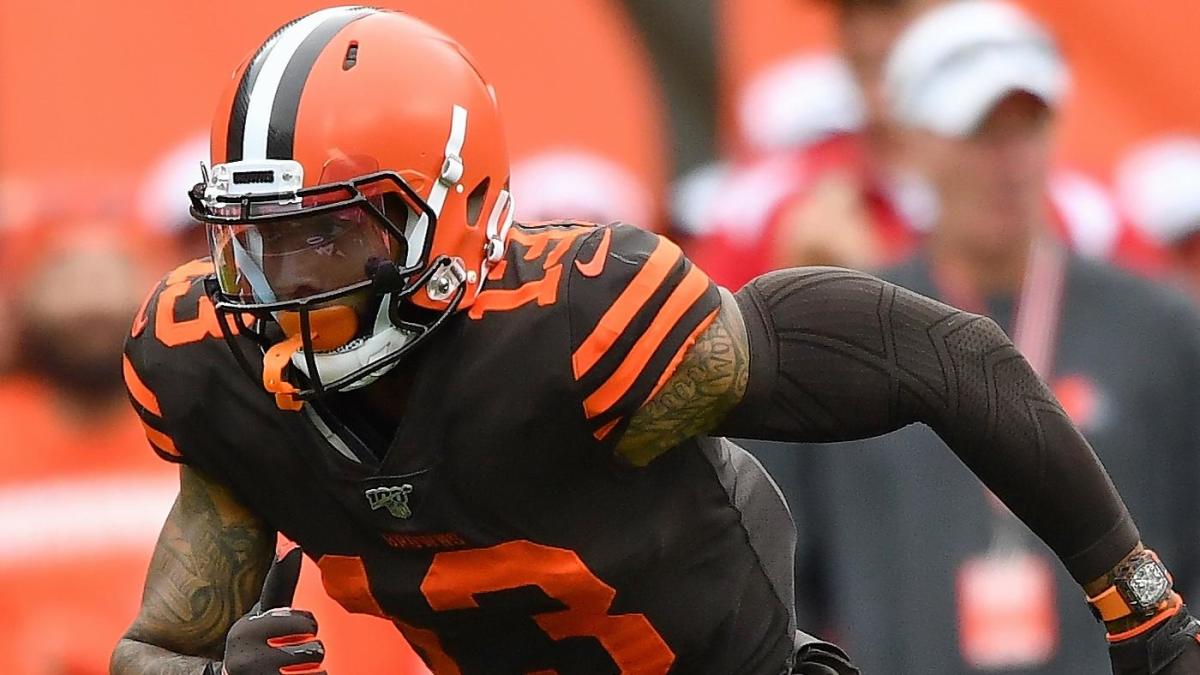 Odell Beckham Jr. said Tuesday that he will continue to wear his $350,000 watch despite it being an NFL violation.

For those who missed it, the NFL prohibits its players from wearing hard objects during games. Beckham created a stir when he wore his Richard Mille 011 Orange Storm during the Cleveland Browns‘ Week 1 loss to the Tennesse Titans.

“I’m here to play football,” he said Tuesday, per Cleveland.com’s Mary Kay Cabot. “I would love for them to talk about football and what I do on the field, if I messed up on the field or if I didn’t do well on the field, talk about my performance. Don’t talk about any extracurricular, that’s just it. If anybody else would’ve worn the watch, or if it was a $20 watch, it wouldn’t have been no problem.”

Beckham explained why he is not breaking league rules by wearing his watch during games.

“The watch is plastic,” he said. “But people have knee braces on that are hard and made out of metal and you don’t see them taping it up, no jewelry on, so I’m good.”

The former Pro Bowl receiver said that his issue is not about the watch but rather with fans and the media continuing to scrutinize his actions.

“Yeah, that’s just my life,” Beckham said. “If I ain’t this, it’s something else. If it wasn’t the watch, it would’ve been the way that I tie my shoes.”

Beckham’s new team, the Browns, have been under the radar for months after the team signed him and several other notable players this offseason. Cleveland, a trendy preseason pick to win their first division title in 30 years, fell flat in their season-opener, losing by 30 points to a Tennessee Titans team that took great delight in handing the Browns their first loss of the 2019 regular season.

“They were who we thought they were,” Titans tight end Delanie Walker said after his team’s 43-13 victory, via the team’s official website. “If you want to crown them, then crown them. That fueled us. That’s why we went out there and played off of that. It’s funny, you can doubt someone and not even play the game yet. That’s what we do in this league, we hype teams.

“We hype them. That’s the norm. Front-runners, that’s all I’m going to say. We didn’t even talk about this game, we didn’t even circle this game. This is just another game, we ain’t even worried about it.”

The Browns have much bigger issues than Beckham’s watch. During his weekly press conference on Tuesday, Cleveland head coach Freddie Kitchens admitted that he doesn’t know who will replace backup offensive tackle Kendall Lamm, who will miss time with a knee injury. The offensive line play was a mess in Week 1.

Cleveland is also looking to play significantly cleaner football moving forward after committing 18 penalties against the Titans. The Browns will also look to cut down on the turnovers, as quarterback Baker Mayfield’s three second-half interceptions led to three Titans touchdowns.

As for Beckham, he is surely looking to make a more significant impact next week against the New York Jets after catching seven of 11 targets for 71 yards in his Cleveland debut.