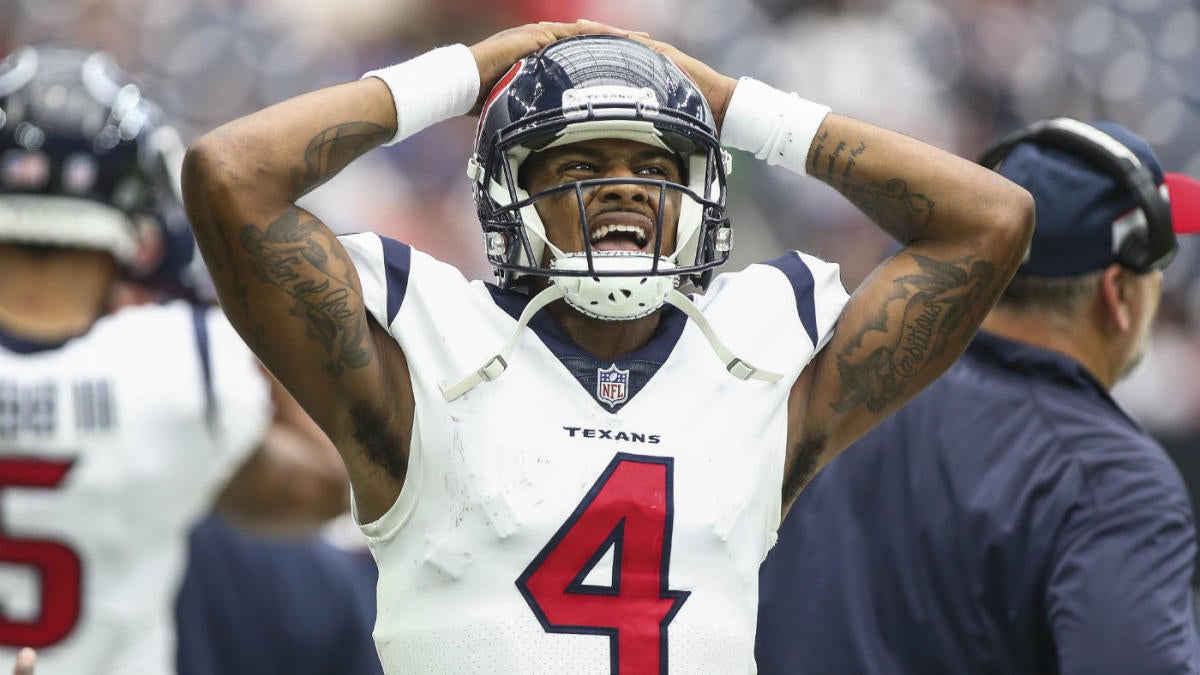 Deshaun Watson surprised the New Orleans Saints on their own turf by leading the Houston Texans to a 14-3 first-half lead in the first “Monday Night Football” showdown of the 2019 season, but the star quarterback endured a physical beating to do so.

Houston struggling to protect Watson has become a running — and unfortunate — joke around the league, with coach and de facto general manager Bill O’Brien attempting to solve the dilemma this preseason by dealing for former Miami Dolphins left tackle Laremy Tunsil. And the Saints had little trouble penetrating the Texans’ line early in Monday’s clash, forcing Watson to scramble out of trouble — and twice forcing him off the field and into a sideline medical tent for evaluations.

Watson first got the Texans on the board by escaping the pocket and toeing the sideline on a leaping touchdown run but was slow to get up after crossing the goal line and landing hard on his back. He didn’t miss a single snap because of how long the Saints’ ensuing drive lasted, and upon return, the 2018 Pro Bowler appeared sharp as ever, firing his first TD pass of the season to DeAndre Hopkins to finish his first two quarters 12 of 17 for 129 yards and two scores. But it wasn’t long before Watson was back in the tent, with Houston’s No. 2 QB, AJ McCarron, warming up for action due to Watson’s continued lower-back discomfort.

The third-year signal-caller, an obvious bright spot of the Texans’ first half, was also sacked twice early in Monday’s game. While he started all 16 games for the team in ’18, the former first-round draft pick missed nine games as a rookie after suffering a torn ACL.

For continuous updates from Monday’s game follow along here.