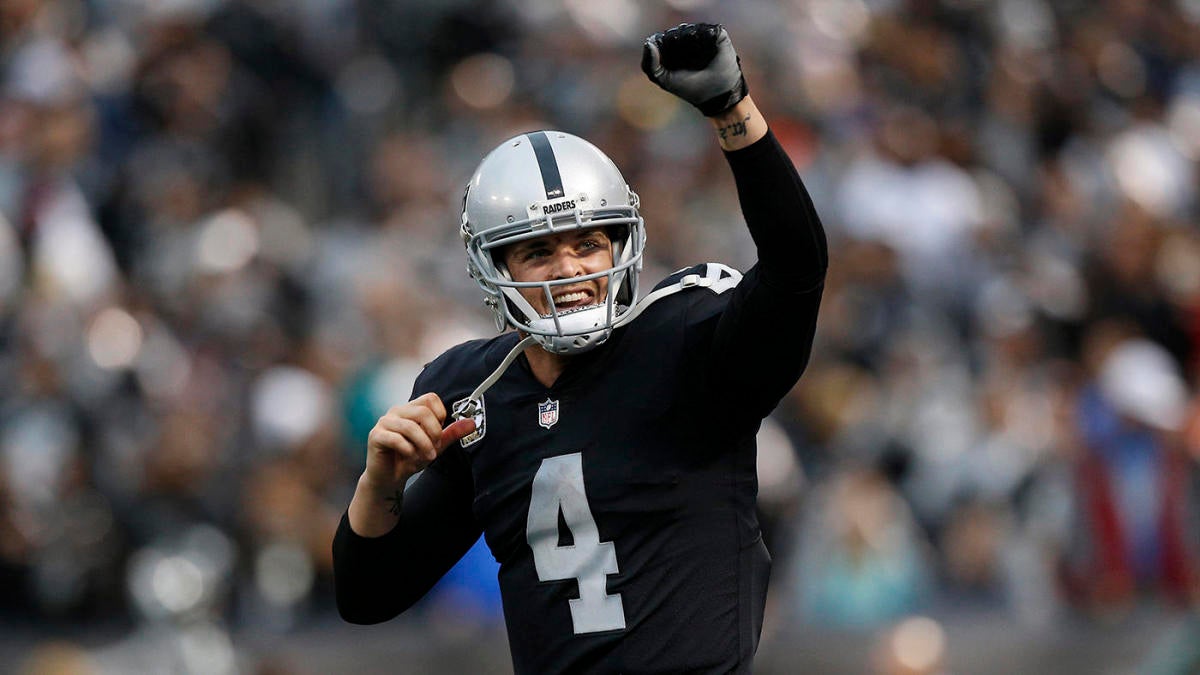 The first week of the 2019 NFL regular season closes late Monday night, and it does so with a first look at what could prove to be a crucial AFC West rivalry this year — that of the Denver Broncos and Oakland Raiders.

Just a few days ahead of the final matchup of this week’s “Monday Night Football” doubleheader, it looked as if the Raiders’ season opener would also serve as something of a dramatic spectacle — in other words, the anticipated debut of none other than Antonio Brown, the polarizing former Pittsburgh Steelers star who’s since maneuvered his way to the New England Patriots. Now, people might be tuning in to see what Oakland will do without their No. 1 receiver who never was. In a division starring the high-flying Kansas City Chiefs, the Raiders have a long and hard path back to the playoffs, but a solid first step toward that goal — and, perhaps even more so, shedding Brown’s drama for good — would be knocking off the Broncos in prime time.

The first NFL Sunday of 2019 is in the books and there’s a lot to go over. Fortunately Will Brinson, John Breech, Ryan Wilson and Sean Wagner-McGough are here to break everything down on the latest episode of the Pick Six Podcast. Listen to the full show below and be sure to subscribe right here.

Denver, meanwhile, is no sure bet for the postseason, either. The Broncos also happen to be in a transition, beginning their first season under former Chicago Bears defensive coordinator Vic Fangio. And while they currently employ another former Steelers wideout, they aren’t nearly as controversial as their AFC West foes entering the 2019 campaign. Joe Flacco will begin his first NFL season not in a Baltimore Ravens uniform under center for Fangio, but even more intriguingly, Denver has the potential to surprise the league with its defense — a unit that had lots of big-name pieces before Fangio’s arrival but could benefit even more under his guidance.

Monday night’s clash between the two sides might not have the stakes of, say, a Chiefs and Los Angeles Chargers showdown. But that’s almost the point. If K.C. is a near-lock for the playoff picture and the Chargers are right behind them, well, that leaves room for just one of either the Broncos or Raiders as potential wild card material. So let’s see who’s ready to rumble.

Here’s everything you need to know to catch Monday’s affair, as well as some keys to victory for both teams:

Info on Broncos at Raiders

Get more NFL picks, betting analysis and access to proven computer simulations and fantasy tools by joining SportsLine. Former Vegas bookmakers give perspective from the other side of the counter, while red-hot experts with decades of experience handicapping games give their top plays. Join SportsLine here to see this week’s winners.

Ride the running game: We’ll get to Flacco in a second, but Denver’s best bet at capitalizing against Oakland’s defense is probably pounding the rock, because it’s got the personnel to do so. Phillip Lindsay and Royce Freeman have the skills to wear the Raiders down, especially catching passes out of the backfield, and Mike Munchak’s got the eye to scheme open holes.

Let Flacco air it out: While the Broncos should lean on their ground game, when they do call a pass, they’d be wise not to put a harness on Big Joe. We all know he can be Captain Checkdown, and we also know he can get his teams into trouble by forcing big plays, but Flacco’s still got a big arm, and if Emmanuel Sanders is anywhere near as ready as he looked in preseason, there’s no reason Fangio shouldn’t be OK sending a few deep shots into the California night.

Get after Derek Carr: This works as a key for just about any team rushing any quarterback, but boy, does it really apply here. Carr is long removed from his MVP-caliber breakout, and he’s shown in recent seasons a bad tendency to get wild when pushed around in the pocket. The Broncos, in case you forgot, aren’t short on elite edge rushers, either.

Keep everything short: The dink-and-dunk Joe Flacco might be the version that accompanies a heavy ground game from Denver, which could prove problematic depending on the kind of holes their RBs are getting, but the dink-and-dunk Joe Flacco is also the one that lost his job to Lamar Jackson. The Raiders would be much better off letting Sanders get five-yarders all night than slipping up and letting Flacco swing the momentum of the game on a 65-yard bomb.

Feed Josh Jacobs: It’s not like they really have much of a choice, but so what? Jacobs has the tools to be a three-down stud, and the Raiders almost need him to be just that. If he’s pounding forward for extra yards after contact, Oakland shouldn’t get cute. It should stick with him, milk the clock, and grind it out.

Get Jalen Richard and Hunter Renfrow involved: That “key” alone should inform you of the state of the Raiders’ offense. But it’s not without its upside. While Jacobs should get the bulk of Oakland’s offensive workload, Richard and Renfrow are both ideally suited to consume dump-off after dump-off from Carr. While that’s not pretty, it would keep Carr cleaner and more confident in the pocket, which is absolutely essential in a game against Von Miller and Bradley Chubb.