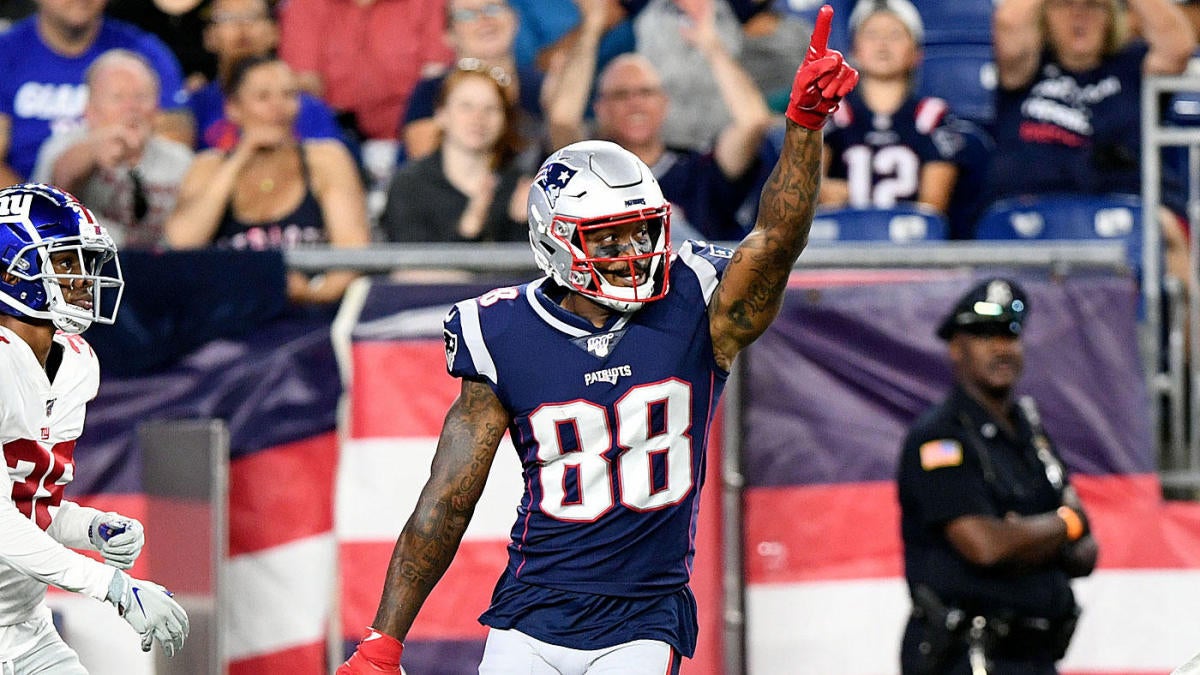 Demaryius Thomas’s final preseason game wasn’t enough to earn him a spot on the New England Patriots, at least for now.

Per NFL Network’s Ian Rapoport, the Patriots have released Thomas as the team prepares to release their initial 53-man roster. Thomas’s opportunity with the Patriots may not be over, as his 2019 salary would be non-guaranteed if he returned to New England after the first week of the season.

Thomas, who came off the PUP (physically unable to perform) list earlier this month, was impressive in the Patriots preseason finale Thursday, finishing with seven catches for 87 yards and two touchdowns. That performance appeared to be enough for Thomas to make the roster, but he had a cap number of $2,906,250 that was fully guaranteed if he made the roster. The Patriots did not feel comfortable with that number for Thomas, who returned this summer coming off a torn Achilles.

Thomas’s fate could have been sealed with Josh Gordon getting reinstated and coming off the NFI list last week. Gordon, when healthy, is a starter in the Patriots offense, having 40 catches for 720 yards (18.0 yards per catch) and three touchdowns in 11 games.

Thomas had 59 catches for 677 yards and five touchdowns (11.5 yards per catch) for the Denver Broncos and Houston Texans last season. He caught 83 passes for 949 yards and five scores in 2017, the first season in five years where Thomas didn’t eclipse 1,000 yards.

Over the next few days, Thomas will have a decision to make regarding his NFL future. He’ll surely have some offers and a guaranteed salary awaiting him, or can return to his comfort zone with the Patriots (should they be interested in bringing him back) a week later. The Patriots could get even deeper at wide receiver if Thomas were to return.