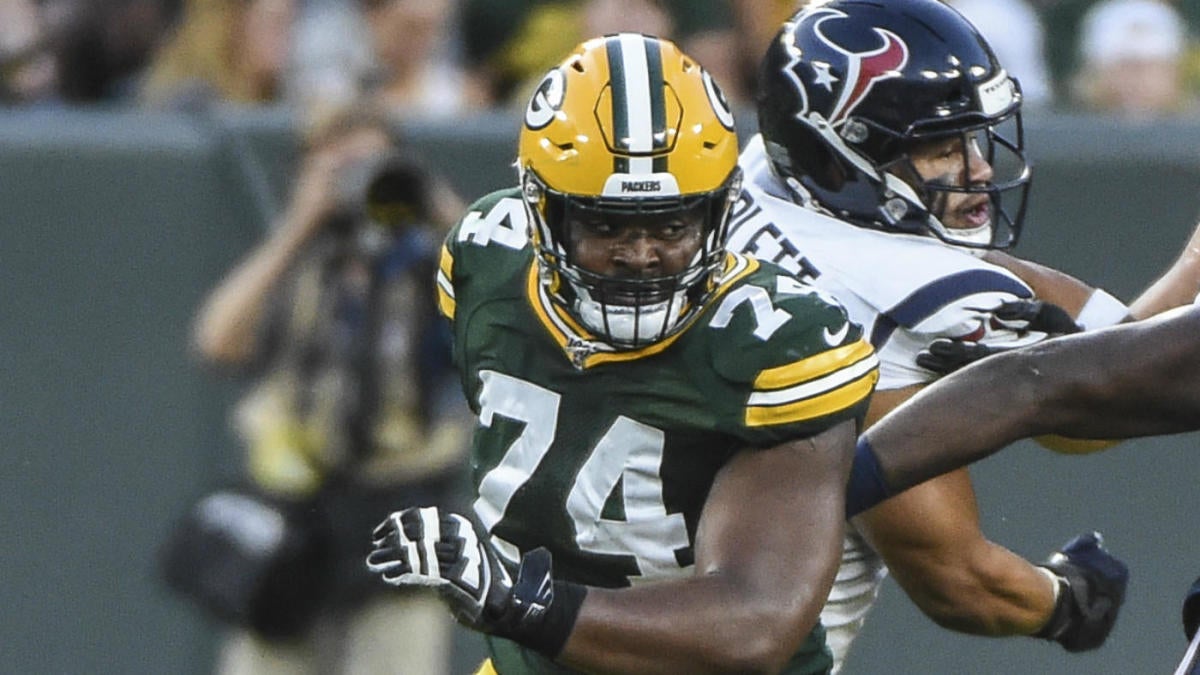 The Green Bay Packers underwent a massive change this offseason by finally ending the Mike McCarthy era. With McCarthy, the Packers’ offense had gone stale. At first, the film guys pointed it out, over and over again. Under the McCarthy, Green Bay used one personnel package almost exclusively — the system was based entirely on slants, flats, and quick-hitting passes from the shotgun formation. A similar system failed in New York with Ben McAdoo, and before that in Miami with Joe Philbin, but it lasted for longer in Green Bay thanks to quarterback Aaron Rodgers.

Heading into 2019, Rodgers has a new offensive system under first-year head coach Matt LaFleur. Coming from the Tennessee Titans, and the Los Angeles Rams under Sean McVay before that, LaFleur is guaranteed to make the Packers offense look a lot different. More on that below.

The Packers surprisingly kept a holdover from the previous staff in a prominent position. Typically, new head coaches with an offensive background bring in a new defensive coordinator with them. This was not the case in Green Bay. Mike Pettine returns to coordinate the Packers defense for his second season with a revamped supporting cast after the team made the unorthodox (for them) decision to go on a free agent spending spree on the defensive side of the ball.

There is a lot of cautious optimism surrounding the Packers heading into the 2019 regular season, and for good reason.

The Packers released their first edition of the 53-man roster prior to Saturday’s deadline and we will break it down below while projecting the first look at the Week 1 depth chart. It’s important to remember that this 53-man roster is fluid. The Packers will likely be making at least one transaction in the coming days that would alter this roster moving forward.

Rodgers goes from an offensive system that was almost exclusively operating out of the shotgun formation to one where he will more often — at least by design — be under center. This is a big change for a veteran quarterback who is used to running things one way and now asked to run them another way. There will be a learning curve for Rodgers with LaFleur, and vice versa.

However, the early signs suggest Rodgers is happy with the way this offense is progressing in training camp.

“Bakhtiari actually pulled me to the side towards the end of this practice and he said, ‘It’s looking pretty good out there, what are we doing differently?’ I said we’re finally running all of our stuff. It’s all in at this point. The package to chose from is a lot bigger. It’s been fun to see the execution and guys making plays. I like where we’re at offensively,” Rodgers said when asked about the progress of the Packers’ offense at training camp in late August, per USA Today.

Rodgers then acknowledged the challenge ahead.

“The key for us is going to be situations that come up with a new play-caller and quarterback relationship, where we’re going to have to work through some things to get on the same page. But we’ve had a lot of great conversations,” Rodgers said. “Talking situational football with (football technology analyst) Connor (Lewis). Or talking sequencing of plays with (offensive coordinator) Nate Hackett. Or talking about things I really like with (quarterbacks coach Luke) Getsy. All those conversations, Matt has been involved in. That’s the beauty in it. We talk about a ton of stuff. We have to go out and execute it and be on the same page. I don’t expect any bumps in the road, just a couple pebbles we have to drive over.”

The Packers have turned the run game over to Aaron Jones — at least that’s the plan. In the past, the Packers have used more of a committee with Jones inexplicably in McCarthy’s proverbial doghouse. All signs point to that changing in 2019 under LaFleur. According to NFL Next Gen Stats, who track a statistic called “yards gained after close-in,” only two NFL running backs have been more difficult to tackle than Jones over the last two seasons.

The biggest surprise on the offensive side of the ball is the emergence of rookie Elgton Jenkins at left guard. The Packers went into the summer expecting Lane Taylor to hold the job, but Jenkins has been so impressive that this may no longer be the case. Jenkins is the projected starter as it stands today.

With these new pieces, Pettine plans to change the pace on defense.

“It’s all about how we get guys lined up and how we get them playing fast,” Pettine said in late August, per the team’s website. “If you can concentrate the thinking and the calls and the checks with just certain key players in key spots, then that frees everybody else up to play fast.

“Our theme is the two Ts – tackling and takeaways. That’s going to be a big part of our emphasis.”

King has missed time with an injury allowing Williams and Brown to step in as starting outside cornerbacks in training camp. However, King is still expected to return for the regular season and resume his starting role. King is one of several recent early draft picks competing for playing time in the secondary, including Jackson and Alexander.

Sam Ficken was impressive kicking the football this preseason and in training camp, but Crosby held him off. It makes more sense for the Packers to rely on the veteran who has kicked in big spots in Green Bay before. Ficken will likely find a home somewhere in the NFL in 2019 — possibly in Green Bay if Crosby struggles early in the season.