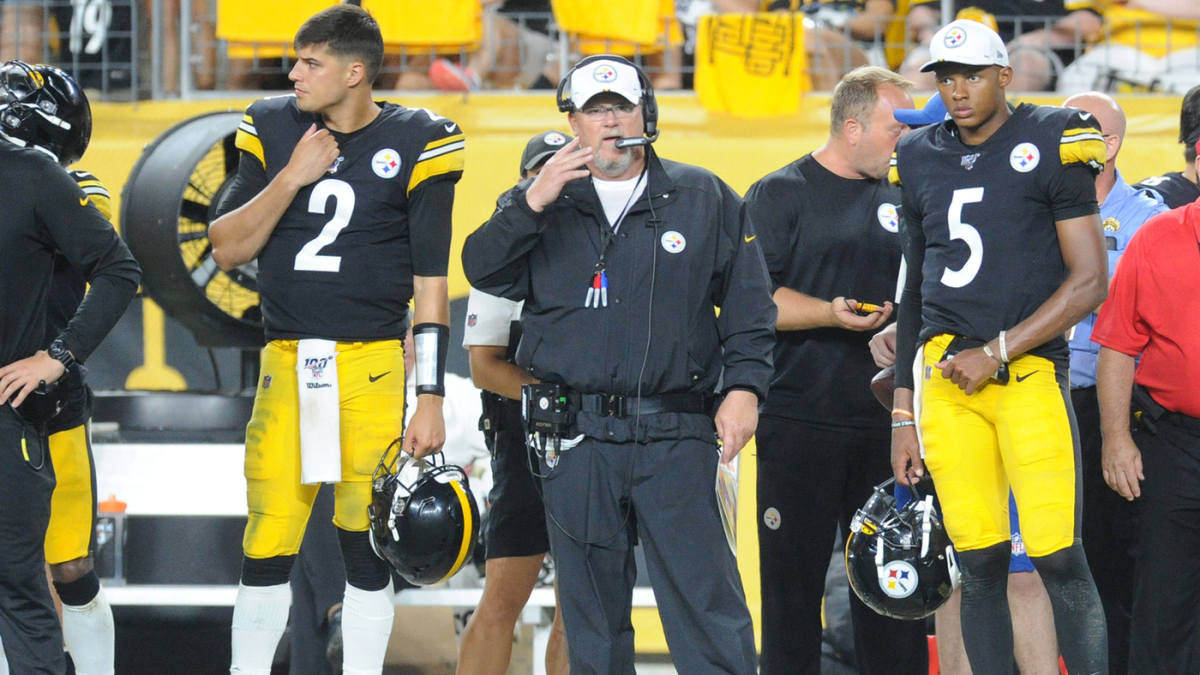 The report came a day before the Steelers will cut their roster to the mandatory 53-player limit before the official start of the regular season. Pittsburgh general manager Kevin Colbert, prior to the Steelers’ preseason finale Thursday night, declined to answer whether or not he had received calls from other teams about a possible trade for one of his quarterbacks.

“We think we’re pretty fortunate at the quarterback position, obviously with Ben and then the two backups we had last year, Mason Rudolph and Joshua Dobbs,” Colbert told KDKA’s Bob Pompeani. “We added the kid named Devlin Hodges who has really been a surprise to us.”

Hodges, a former Division II star who was not selected in this year’s draft, has impressed the Steelers so much that some are wondering if Pittsburgh will keep him as their No. 3 quarterback while trading Dobbs, who last summer beat out Landry Jones to be the team’s primary backup quarterback. One team that could be interested in Dobbs is the Indianapolis Colts, who are trying to add talent to their quarterback room after Andrew Luck’s sudden retirement last weekend.

While Dobbs represented himself well, Rudolph outplayed him during the preseason. Below is a look at how their preseason numbers stacked up against one another.

While Dobbs started Pittsburgh’s final preseason game against Carolina, he played the least among the Steelers’ quarterbacks, completing three of his five pass attempts before giving way to Rudolph, who completed seven of his 11 throws for 125 yards, including a 31-yard touchdown pass to receiver Johnny Holton.

Hodges, who played the majority of the second half, completed half of his 20 attempts for 73 yards and an interception. Hodges was also sacked three times as Pittsburgh’s backup offensive line struggled against Carolina’s pass rush.

Rudolph, a prolific passer during his four-year career at Oklahoma State, admitted following the 2018 draft that going to a team that already had a franchise quarterback was not exactly what he had in mind. But since that point, Rudolph has embraced his situation while making the most of the opportunities he did have to play.

It appears that Rudolph’s patience has paid off. While he is still not “the man” in Pittsburgh’s huddle, Rudolph is reportedly one step away from becoming a starting NFL quarterback.

“I try to control what I can control,” Rudolph said Thursday night. “OTAs, offseason workouts and training camp, it’s been a long off-season without football. I put my best foot forward, and we’ll see what the coaches think.”