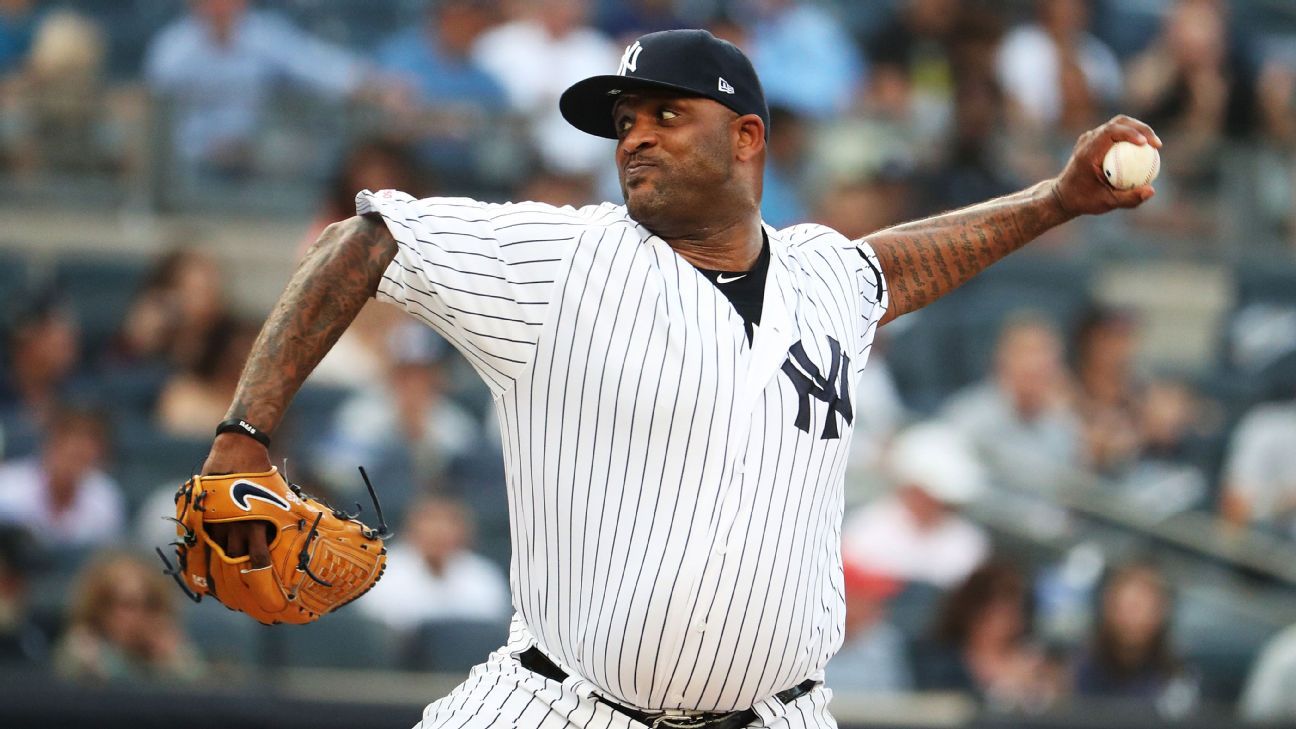 NEW YORK — New York Yankees left-hander CC Sabathia was pulled from his start Friday night against the Oakland Athletics with a recurrence of right knee soreness that has bothered him for years.

Sabathia, who plans to retire at the end of the season, said he will get his knee drained Saturday and hopes to be able to pitch again this season.

“That’s the plan,” he said. “Hopefully I can just get enough rest where it’ll calm down, and I’m able to get back out there and throw 90 to 100 pitches.”

Sabathia pitched three innings of one-run ball against the A’s and was pulled after 48 pitches. He was flexing the surgically repaired knee at times, but appeared to be in a groove before getting pulled in a 1-1 game.

Yankees manager Aaron Boone said he could tell Sabathia was struggling with his knee early in Friday’s start.

Asked if he thinks Sabathia will pitch again this season, he said, “I hope so. I mean, I don’t want to speculate on that. We’ll see as far as treatment goes tomorrow, and then see how he responds to that, and we’ll go from there.”

Sabathia, 39, spent time on the injured list to heal his right knee this month, and Friday marked his third start since returning. He said earlier this season that his knee is constantly at least an “eight out of 10” painwise.

Sabathia has 251 wins and surpassed the 3,000-strikeout mark earlier this season.