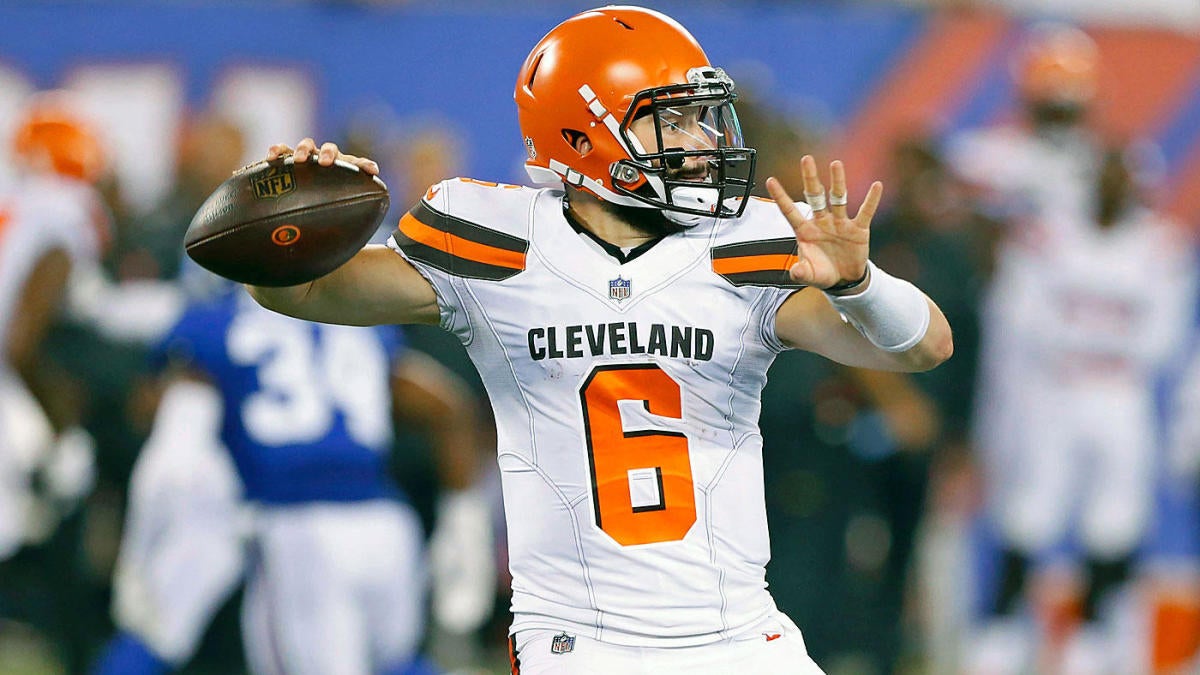 The 2019 NFL schedule kicks off on Thursday, Sept. 5 with an NFC North rivalry matchup between the Packers and Bears (-3) at 8:20 p.m. ET. Twelve games are on tap for Sunday, with the highly-anticipated opening week wrapping up with a Monday Night Football doubleheader featuring Saints vs. Texans (-7) and Broncos vs. Raiders (-1). The latest Week 1 NFL odds indicate there should be plenty of tight matchups throughout the weekend. Vegas projects every game to come down to one score except for Eagles vs. Redskins on Sunday. In that game, the Eagles are favored by 8.5, which could be one of the largest NFL lines of the season. With so many factors like injuries, holdouts and other NFL news to sort through as the opener approaches, you’ll want to see the NFL predictions from the proven model at SportsLine before locking in any Week 1 NFL picks of your own.

The model ranked inside the top 10 on NFLPickWatch for the third straight year on straight-up NFL picks and beat over 96 percent of CBS Sports office pool players. Anyone who has followed it is way up.

Now, it has examined the latest Week 1 NFL odds and lines, simulated every snap, and its predictions are in. One of the top Week 1 NFL predictions the model recommends: the Browns (-5.5) live up to the hype and cover against the Titans in Cleveland at 1 p.m. ET on Sunday.

Browns quarterback Baker Mayfield accounts for almost 300 yards of total offense and two touchdowns, while new acquisition Odell Beckham Jr. records six catches for nearly 100 yards. The Titans enter the 2019 season with questions at quarterback, as Marcus Mariota has struggled with accuracy and durability. They only covered in two of their last seven games in 2018, and will also be without All-Pro offensive tackle Taylor Lewan (suspension). The Browns cover in well over 50 percent of simulations, while the under (45.5) hits more than 60 percent of the time.

Another one of the Week 1 NFL picks from the model: the Jets (-3) cover against the Bills in a 1 p.m. ET AFC East matchup on Sunday. This matchup features the highly-anticipated debut of new Jets running back Le’Veon Bell, who sat out the entire 2018 season in Pittsburgh due to a contract dispute. He signed with the Jets in the offseason and is expected to help energize a promising young offense being built around quarterback Sam Darnold.

SportsLine’s model is calling for 80 yards of total offense from Bell, while Darnold spreads the ball around and ends up with over 200 yards passing. The Jets cover in well over 50 percent of simulations, while the over (39.5) is also a strong play because that hits 60 percent of the time.

The model also has a strong pick for Patriots vs. Steelers on Sunday Night Football, and is calling for a Super Bowl contender to go down hard this weekend. You can only get every pick for every game at SportsLine.

What NFL picks can you make with confidence in Week 1? And which Super Bowl contender goes down hard? Check out the latest NFL odds below and then visit SportsLine to see which NFL teams are winning more than 50 percent of simulations, all from the model that is up over $7,000 on its top-rated NFL picks.