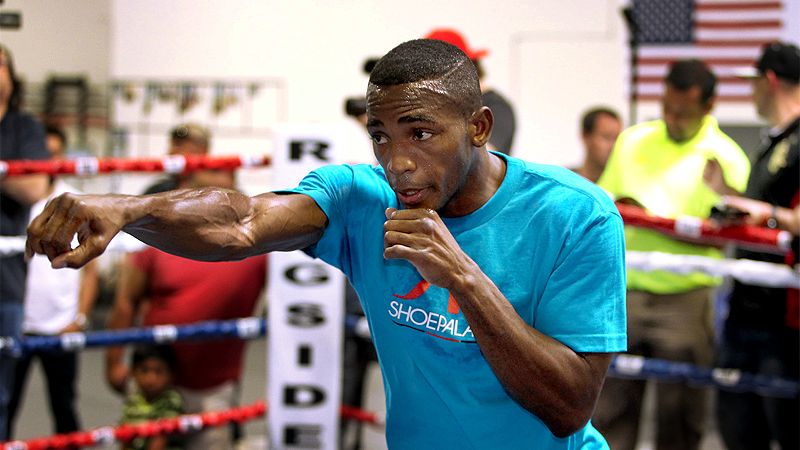 Coming off a draw and loss in his previous two fights, former longtime junior middleweight world titlist Erislandy Lara made a trainer change he hopes will lead him back to another belt when he meets Ramon Alvarez for a vacant secondary 154-pound world title on Saturday night.

Lara will go into the main event of a Premier Boxing Champions tripleheader (Fox and Fox Deportes, 8 p.m. ET) at The Armory in Minneapolis with his original professional trainer, Ismael Salas, having returned to his corner to replace longtime trainer Ronnie Shields.

“We changed things up in our training and are back with Ismael Salas now. Alvarez is about to find out how hard we’ve worked,” Lara said through an interpreter at the final prefight news conference on Thursday. “Going back to my original pro coach, Ismael Salas, has been great. Ronnie Shields is a great trainer and we had a great run together. I just had to change atmosphere.”

Lara spent years living in Houston and training in Shields’ gym there but by reuniting with Salas, he moved his training camp to Las Vegas to get ready to face Alvarez.

He is a heavy favorite against Alvarez, who is far more famous for being the older brother of middleweight world champion Canelo Alvarez, boxing’s biggest star, than he is for any of his ring exploits.

“I think after the sixth round you will see all the training that I did and the game plan that we have (and I will) start to break him down,” Lara said. “After that, the knockout is going to come. My goal has been to get back to the top of the division. I’ve been at the top of the division all of these years and regaining a title is huge. It’s part of my history and my legacy. I’m super excited to be back in another big fight.”

Lara (25-3-3, 14 KOs), 36, a southpaw and former Cuban national team star before defecting, has hit a rough patch in his career. A 12th-round knockdown was the difference in a split-decision loss to Jarrett Hurd in their April 2018 world title unification fight — the 2018 fight of the year. Lara’s next fight resulted in a split draw with Brian Castano for a vacant secondary belt on March 2.

Now Lara has another chance to grab hold of the still-vacant belt.

“I’m just focused on getting my title back. I want to look spectacular in this main event Saturday night on a big stage,” Lara said. “Then I can move on to the biggest fights in the world.”

In 2014, Lara lost a highly competitive split decision to Canelo Alvarez in a non-title pay-per-view main event. Now he has a chance to even things up with the Alvarez family but said that aspect of the fight is not something he is thinking about.

“The fight with Canelo was a long time ago, so now I’m just looking forward and toward being in bigger fights,” Lara said.

Ramon Alvarez (28-7-3, 16 KOs), 33, of Mexico, suffered a ninth-round knockout loss to Brandon Rios in November but bounced back for a split-decision win over Jose Carlos Paz on April 6. Now he will be in his first world title bout and facing easily the best opponent of his career in Lara.

“I’m not worried about what Lara’s mindset is. I’m prepared and ready to go,” Alvarez said through an interpreter at the news conference. “I’m here to write my own story as I’ve been doing by working hard since day one. What happened between my brother and Lara was years ago and you can’t change history. I’m only focused on what I have to do.

“We had a very good preparation for this fight. It’s a big fight for both of us. We’ve been completely focused on what’s in front of us. I don’t put too much thought into Lara’s last two fights not being wins. He’s changed his mentality and attitude and he’s fighting and not boxing as much as he did before. I think that shows that he still has a lot left in the tank to give. I’m not just thinking about making history, but I will make history on Saturday night. The Alvarez brothers are going to make more history for Mexico when I win this title.”

The tripleheader will also include 6-foot-6 junior middleweight prospect Sebastian Fundora (13-0, 9 KOs), 21, of Coachella, California, who is known as “The Towering Inferno” for his massive size relative to the 154-pound division, against fellow southpaw Jamontay Clark (14-1, 7 KOs), 24, of Cincinnati, in a 10-round fight. Also, Las Vegas-based Cuban heavyweight Frank Sanchez (12-0, 10 KOs), 27, will square off with former Puerto Rican Olympian Victor Bisbal (23-3, 17 KOs), 39, in a 10-rounder.