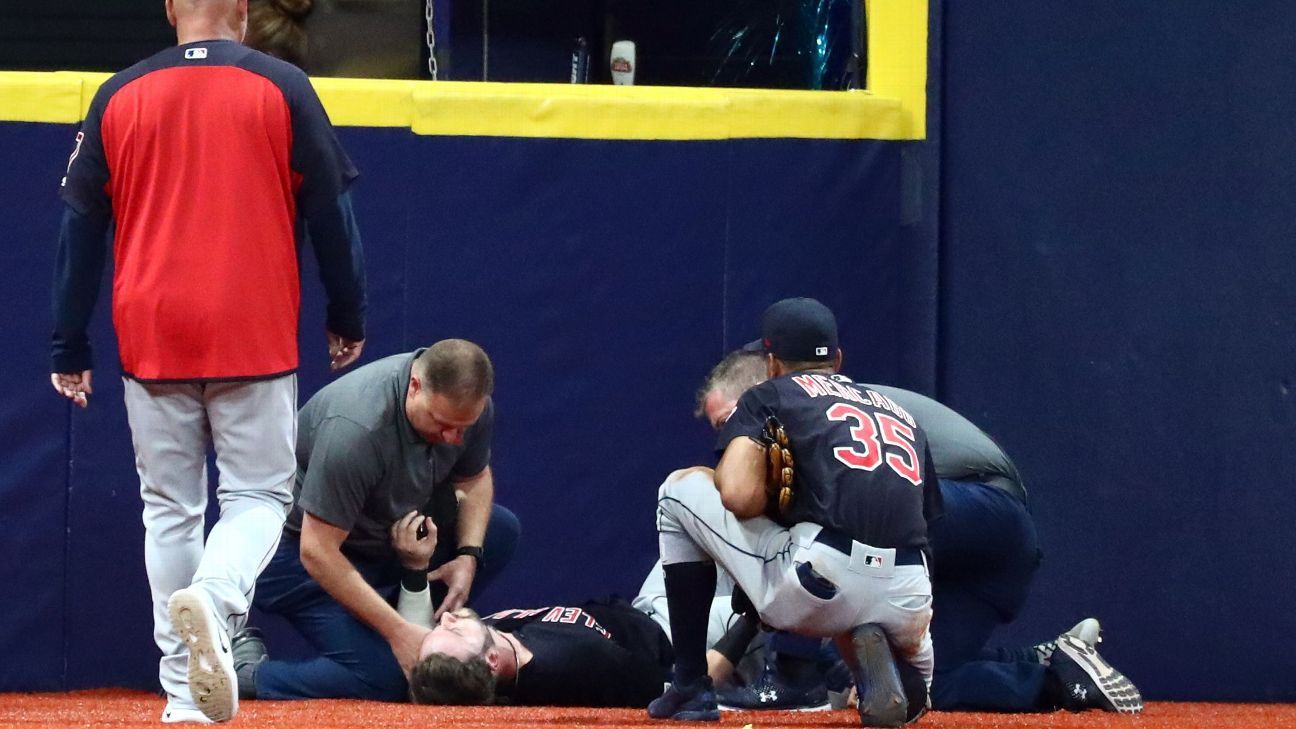 In the bottom of the fifth inning in St. Petersburg, Florida, the Rays’ Joey Wendle lined a Shane Bieber pitch to deep left field. Naquin leaped and caught the ball on the run but appeared to hurt the knee when he landed before crashing into the wall.

Several teammates raced out to a pained Naquin on the field, then motioned for athletic trainers to join them. The 28-year-old eventually was carted off the field.

The injury comes during the same week that Cleveland lost hard-hitting third baseman Jose Ramirez to a broken hamate bone in his right hand. He underwent surgery and is expected to miss three to five weeks.