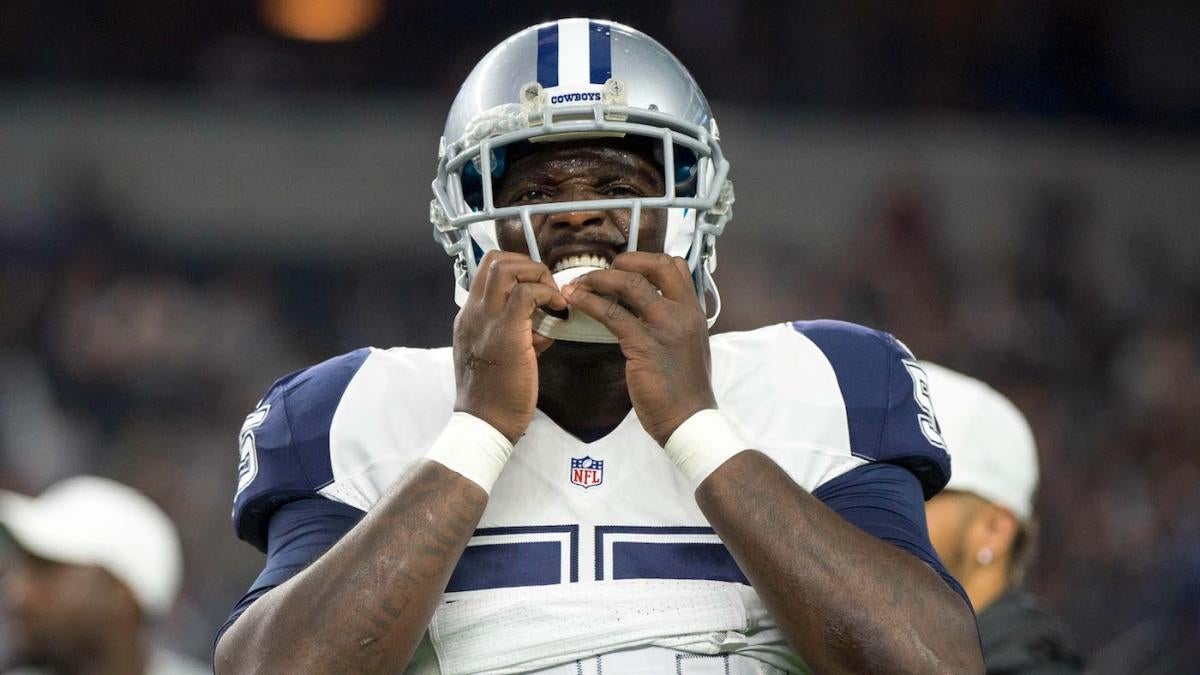 Rolando McClain, the former first-round pick who was once looked to by the Dallas Cowboys to save them at the then-ailing linebacker position, could be close to getting another chance in the league. McClain was the eighth-overall selection in 2010 by the Oakland Raiders — becoming the highest-drafted Alabama linebacker since 1990 — but ultimately retired a couple seasons later after signing with the Baltimore Ravens, though he never suited up for them. When Pro Bowl linebacker Sean Lee went down in 2014, the Cowboys acquired the rights to McClain from the Ravens in exchange for a sixth-round pick.

“I gotta follow my heart [and] it ain’t football,” McClain said after announcing retirement in 2014, via ESPN. “If football made me complete I would play, but whenever I think of it my heart pulls me away from whatever reason. …This means I’m done.”

Having not played a down of NFL football since 2015, McClain is now singing a much different tune, and feels he’s being mentally pulled back to the sport. It appears he’ll get his wish of a return to pro football, with Pro Football Talk reporting the league has granted McClain conditional reinstatement.

For their part, the Cowboys issued a statement through team exec Stephen Jones, who told 105.3 the Fan on Friday that he wasn’t even away McClain was trying to get back into the league. Jones furthered that the team would do their “due diligence” on the matter before making a final decision.

The 30-year-old McClain recently spoke with Matt Zenitz of AL.com to explain his mindset in 2019.

“Every time I got in my linebacker position, it was bone on bone grind,” he said, via he said.. “Not only do I feel good, I’m recovered and I’m rested. I feel better now because I know I’ll be playing with two legs. …I’m nowhere near satisfied with how my professional career has gone.

“That’s for myself. That’s me looking in the mirror and talking to my boys. Nah, that’s not the taste I want to leave in my mouth.”

Any attempt at making a successful comeback will, however, be easier said than done.

McClain was set to return from a 10-game suspension levied against him in 2015 for multiple violations of the league’s substance abuse policy, but missed a mandated drug screening that led to the former Alabama star being hit with an indefinite suspension. That means, as it stands, he’s still not permitted to play professional football. He’ll first need to apply for formal reinstatement with commissioner Roger Goodell, and given his history of off-the-field issues along with corresponding NFL punishments for each, landing Goodell’s approval will be a tall task in-and-of-itself.

Those off-the-field issues include being arrested in 2016 on drug and firearm charges in Hartselle, AL, charged with second-degree possession of marijuana and carrying a firearm without a permit, along with a misdemeanor equipment violation. Additionally, it was reported McClain had an addiction to “purple drank,” which is a colloquialism for a beverage that usually mixes Sprite with codeine and promethazine.

There can be no denying McClain’s talent, something that was on full display in his time with the Cowboys — delivering 161 tackles, three sacks and three interceptions in only 24 games — but the shroud of his past may be too heavy to lift. The first team who’ll get to make the decision on his future are the Cowboys, who still own the rights to McClain as he sits on their reserve/suspended list.

It doesn’t look like they’ll bite, however, as they are reportedly expected to send him packing in short order.

To say McClain’s time with the Cowboys was disappointing is an understatement, but they’re no longer in need of his services by virtue of Leighton Vander Esch and Jaylon Smith — two linebacker phenoms the Cowboys drafted after the fallout of McClain’s suspension and subsequent retirement. With Lee returning for 2019 and set for a move to the SAM role (strong side), the team believes they’re all set atop the depth chart, and may not be willing to risk inserting McClain’s checkered character into an already dominant but overall youthful (read: impressionable) group; on a defense that includes Randy Gregory — who himself is trying to work through mental illness and self-medication to return to the field.

Then again, Lee is already again recovering from an injury, and the depth isn’t yet sorted out at linebacker, so there could an argument made for keeping McClain on the roster. It’s one the Cowboys apparently aren’t so willing want to readily entertain, though, leaving McClain to potentially try for his latest fresh start in another uniform. He’s not played since Jan. 3, 2016, and must now convince teams that he isn’t simply mentally committed, but that he’s also in football shape and worth a risk as he hits the wrong side of 30.

Needless to say, it won’t be easy, but he’ll at least get the chance — which may also be his final one.