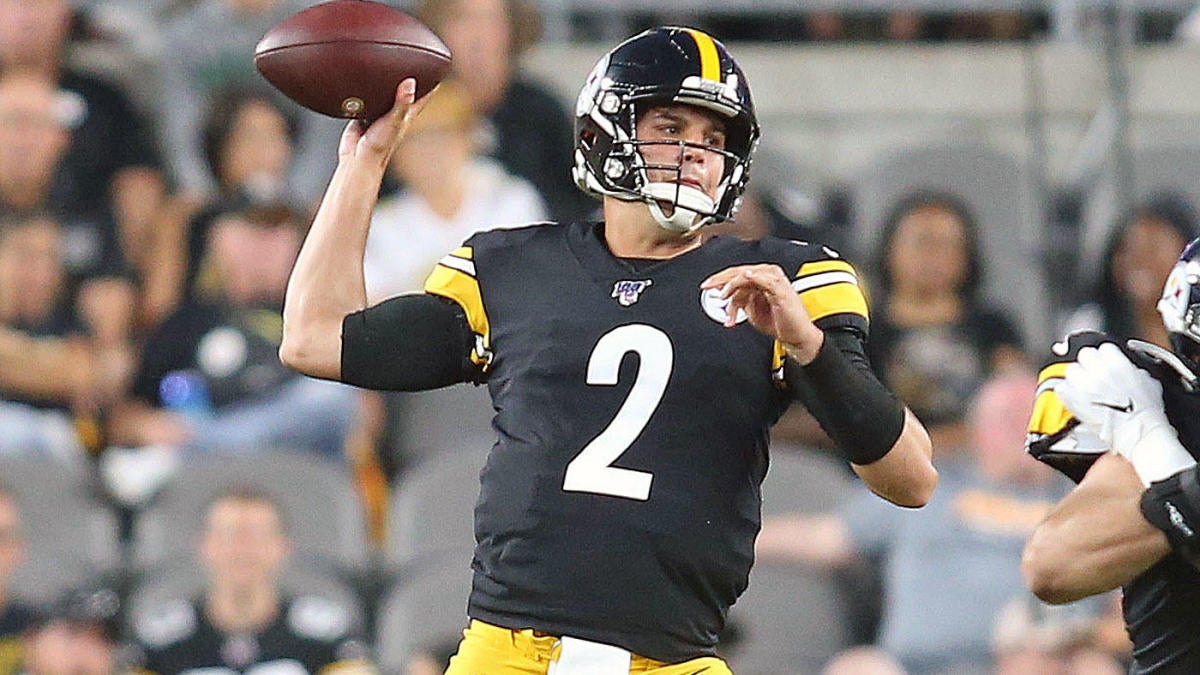 The Pittsburgh Steelers‘ offseason reconstruction of their roster is about to be finalized.

On Saturday, the Steelers will unveil their first 53-man roster of the 2019 regular season. While many of the team’s positions have already been solidified, there are still several questions with regard to who will and who won’t make Pittsburgh’s roster heading into the regular season.

Below is our 53-man roster prediction for the 2019 Steelers. Stay tuned this weekend for our release of Pittsburgh’s official regular season roster.

Ben Roethlisberger will return for his 16th season as Pittsburgh’s starting quarterback. Big Ben is coming off a 2018 regular season that saw him that saw him throw for a career high 5,129 passing yards.

Roethlisberger’s No. 1 option at receiver this season will be JuJu Smith-Schuster, last year’s team MVP after leading the Steelers with 111 receptions for 1,426 yards. He will be complemented on offense by Pro Bowl running back James Conner, who amassed 1,470 all-purpose yards and 13 total touchdowns last season despite missing three games due to injury. Pittsburgh’s offense is also expecting significant contributions this season from receiver James Washington and tight end Vance McDonald, among others.

T.J. Watt is poised for a breakout season after recording 13 sacks last season, his first year at left outside linebacker. Cam Heyward, the Steelers’ defensive captain, is tied with Watt for the team lead with 20 sacks over the past two seasons.

Watt will be flanked this season by rookie inside linebacker Devin Bush, Pittsburgh’s first round pick. Bush enjoyed a strong summer while seeing extensive time with the first team defense.

Pittsburgh’s defense should be vastly improved with this season, with Terrell Edmunds expected to make a significant jump in his second season. Steven Nelson, one of Pittsburgh’s two offseason defensive acquisitions in free agency, gives the Steelers a quality starting corner opposite veteran Joe Haden.

Chris Boswell, after having to compete to keep his job this summer, outlasted challenger Matthew Wright during camp and will keep his starting job for the 2019 season. A Pro Bowler in 2017, Boswell is looking to rebound after making just 65 percent of his kicks last season.