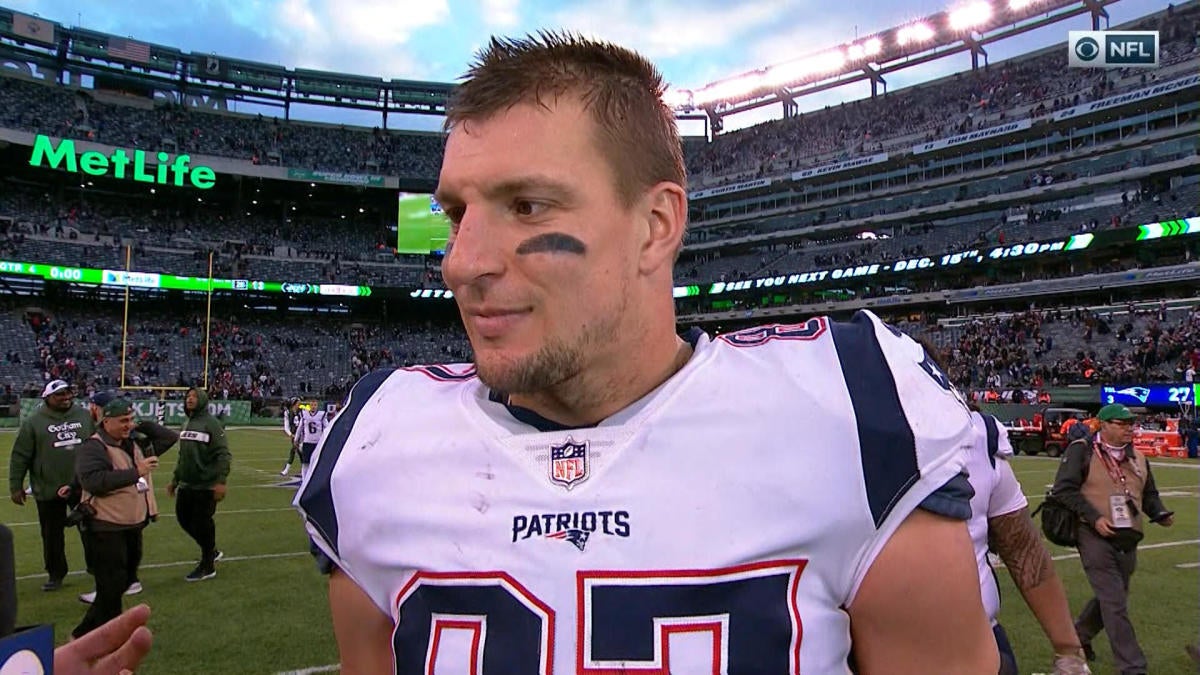 Former Patriots tight end Rob Gronkowski has been making the media rounds this week to talk about a new product he’s pitching.

Gronk has partnered with a company called CBDMedic to push the use of Cannabidiol-based pain relief products for professional athletes. Apparently, Gronk is the perfect spokesman for this product, because no one needs pain relief more than him.

As a member of the Patriots, Gronk was never really allowed to talk about his injuries, but now that he’s retired, he’s been offering some gruesome details about what his body has gone through playing football and it definitely sounds like he’s been in some serious pain.

During an interview with NBC News on Wednesday, Gronk revealed one of his ugliest injuries of all: Apparently, his head took such a beating that a liquid started to form in his skull.

“No lie, I felt my head, I used to have liquid,” Gronkowski said. “It used to be thick, like, my head used to be thicker, like a centimeter of liquid in some spots, and you feel it. I’d be like, ‘What the heck?’ You could put indents in my head, but now, finally, I’m getting the right treatments and doing the right things.”

Um, yea, so after reading that, I think we can all agree that retirement was probably the best option for Gronk, who suffered two known concussions in his career (2013, 2018). One of the first things that Gronk started doing in retirement is taking care of his brain.

“I’m doing exercises, I’m doing the right treatment,” Gronk said. “I’m looking for brain exercises. For example, when I’m home at my house, I have a 750-piece puzzle. I get treatment on my head.”

The former All-Pro tight end was also asked about CTE during his interview with NBC and he said the threat of the disease is one reason why he decided to retire.

“I’m aware of that. That’s why I took the action and got away from the game,” Gronk said. “I would not lie, I was walking around, my mood swings were totally up and down. I was aware of what was going with my body and my mind and that’s why I had to walk away.”

The details of his head injuries came just days after he described another ugly injury. Earlier this week, Gronk mentioned that doctors had to drain 1,000 milliliters of blood out of his quad after he took a vicious hit during New England’s 13-3 in over Los Angeles in Super Bowl LIII.

After that injury, Gronk “couldn’t sleep for more than 20 minutes a night.”

The tight end also added that he didn’t finally get a full night’s sleep until months after the Super Bowl.

Although Gronk hasn’t completely closed the door on a possible comeback, it sounds like he’s going to let his body heal for awhile before he starts contemplating a possible return to the field, which is probably for the best.