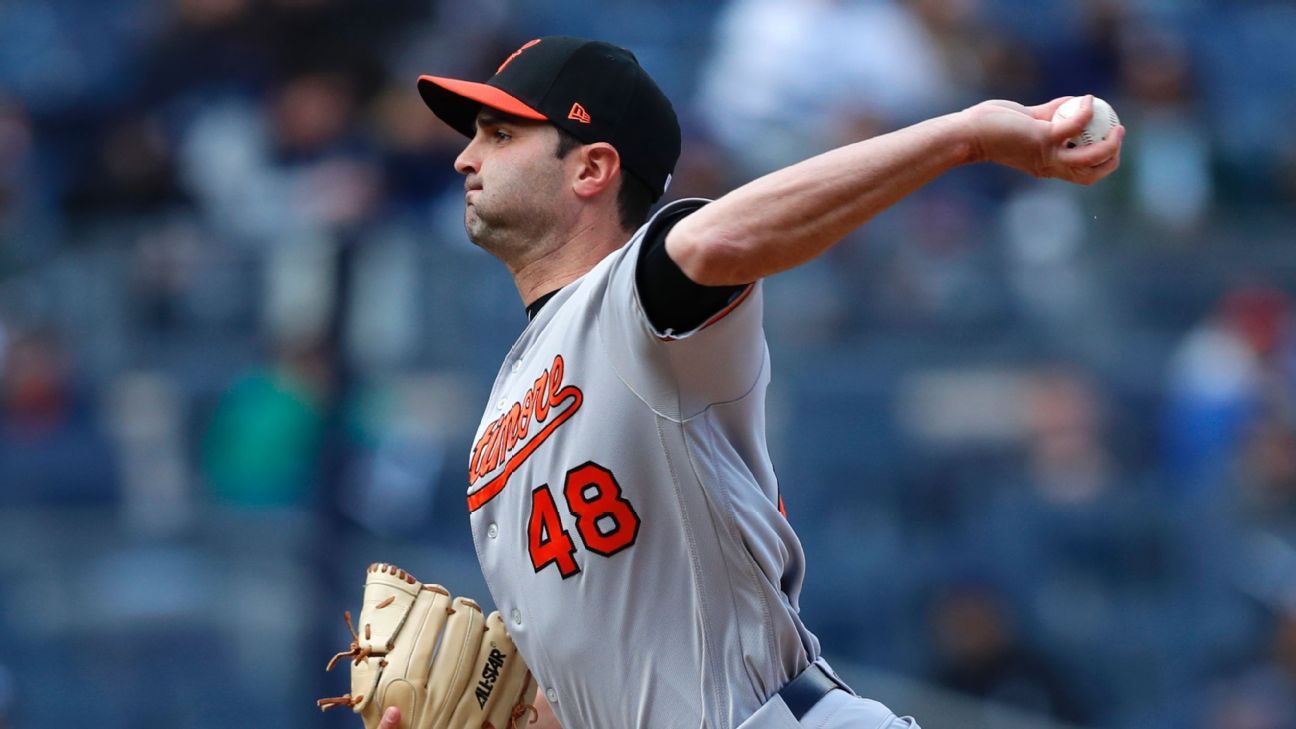 In a fifth-inning incident shown live on the local broadcast of Baltimore’s 8-4 loss to the host Washington Nationals, Bleier and Flores can be seen heatedly arguing about what was said to be the positioning of fielders.

“I think I just let frustration kind of boil over,” Bleier said, according to The Baltimore Sun. “Some stuff about some balls that I thought maybe … defensive positioning, I guess. I probably could have done better for myself to keep my mouth shut, and unfortunately, I may have said something. You guys saw the rest.”

Before being pulled, Bleier allowed three runs on four hits while recording one out.

It was as Bleier exited that tempers then flared.

“I guess there was some disagreement about some positioning during his inning,” Orioles manager Brandon Hyde said, according to The Sun. “On the mound, he just left it a little bit too early for me, but I haven’t talked to him, honestly since.”

The incident came two weeks after Chris Davis had a dugout confrontation with Hyde during a loss to the New York Yankees in which teammates and coaches had to restrain the first baseman.

That was also attributed to the frustrations of a struggling season.

“Right now, we’re not thrilled with each other maybe,” Bleier said. “But I’m sure we can move past this and get back to a healthy relationship.”