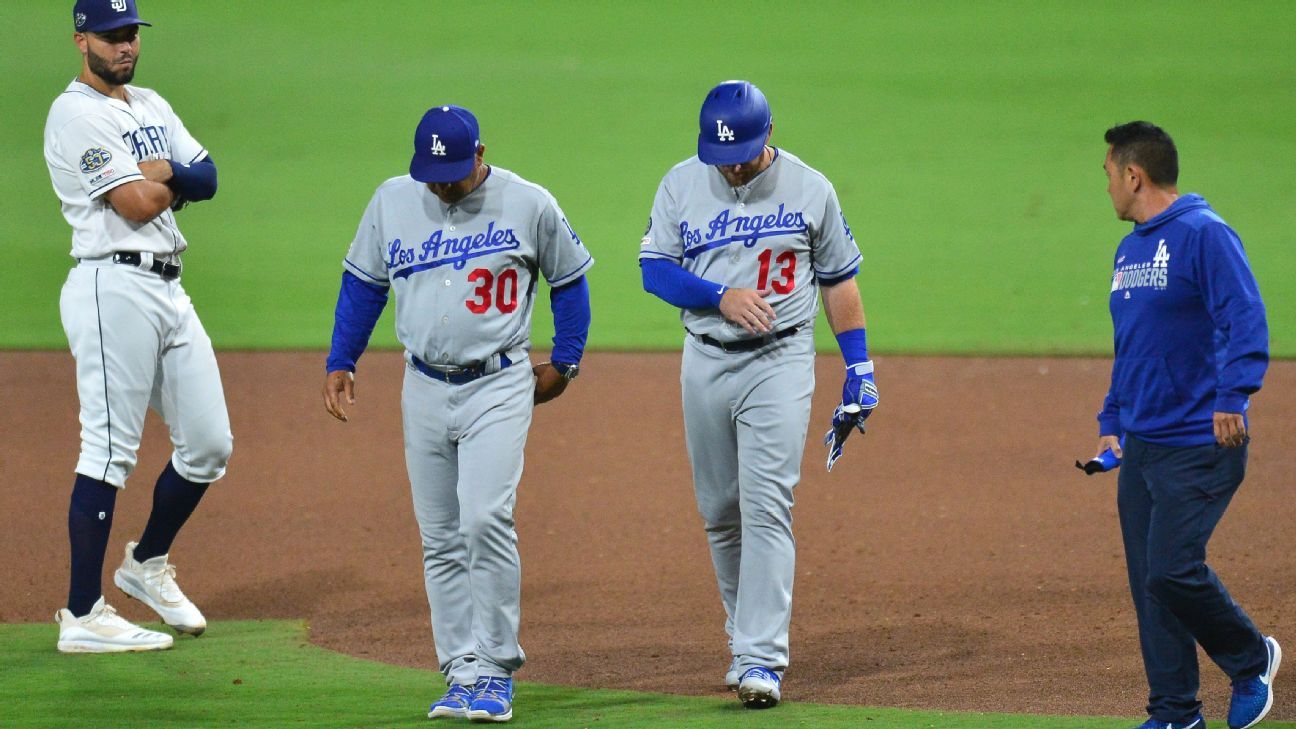 Los Angeles Dodgers first baseman Max Muncy will not play again until next week after being hit by a pitch on his right wrist, manager Dave Roberts said Thursday.

Muncy left Wednesday’s game against the Padres and was scheduled to undergo X-rays before Thursday’s series opener in Arizona.

Roberts said Muncy won’t return until early next week even if X-rays don’t reveal a fracture, and the outcome of his tests could affect the team’s plans for the September roster.

“We’ll probably be a little more aggressive with our September call-ups,” Roberts said. “I don’t really know who, but obviously you’ve got to replace him.”

Roberts would not say if that plan could include shortstop Gavin Lux, whom ESPN’s Keith Law ranked as the No. 5 prospect in all of baseball in July.

Muncy said Thursday that the injured wrist felt “pretty painful” and had limited range of motion.

“If there’s a tiny crack or hairline fracture, the machine won’t show it. So we’re basically just double-checking it and hoping for the best,” Muncy said. “With how it feels right now, I’m a little nervous. But I’m also just trying not to get my hope up that, ‘Oh, the pictures came out negative, it’s all good.’ … I’m trying to stay neutral with it right now.”